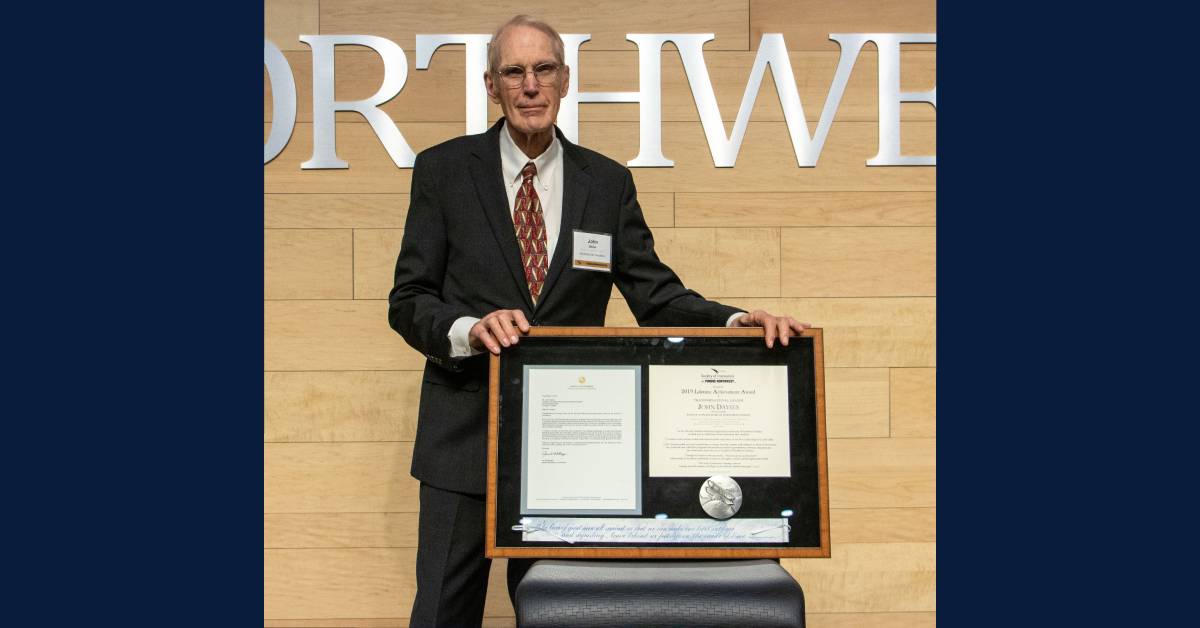 The Society of Innovators at Purdue Northwest has announced the 2020 Innovators Awards. In addition to Individual and Team Honorees, the Society introduced two new awards: Richard C. Sussman Prize for Team Innovation and the John H. Davies Lifetime Achievement Award.

“The Society of Innovators has a storied history of creating a buzz around innovation found in every corner of our region,” said Sheila Matias, Executive Director of the Society. “By honoring innovators, we help our community to realize that the creative energy of innovation and innovators can be found in every shop, in every business and in every organization across Northwest Indiana. Honoring those who take that risk—who try to imagine another way, another method, a product or process improvement—are the creators who keep Northwest Indiana competitive, productive and dynamic!”

Originally launched in 2005, the Society of Innovators celebrates the spirit of creativity and ingenuity by discovering, honoring, and celebrating innovators from across the seven-county region of Northwest Indiana. Dedicated to the idea that anyone can be an innovator, the Society recognizes that innovation is the key to 21st Century competitiveness.

Individuals and teams are nominated via an online application. Regional leaders, who form a Selection Committee, choose inductees based upon criteria established by the Board.

“Northwest Indiana is known as a global center of heavy industry,” said Gary Johnson, president of Mortar Net Solutions and board chair of the Society of Innovators. “Often overlooked are important innovations developed locally in other sectors such as technology and not-for-profit enterprises. These awards present an opportunity for the community to bring to light the innovators around us and for the 2020 honorees into the Society to join more than 1,000 innovators inducted into the Society over the past 15 years.”

Applications for the 2020 Innovators Awards will be accepted through Friday, August 21 and are open to all innovators; regardless of discipline, industry or background.

The Society recognizes exemplary individuals who have made it through the selection process as Inductees into the Society of Innovators. Anyone who lives or works in Northwest Indiana is eligible for consideration.

The Society recognizes exemplary teams and individual team members who have made it through the selection process as Inductees into the Society of Innovators. Teams from an individual company, government unit, not-for-profit agency, or a group of organizations from a specific project are eligible for consideration.

The Society of Innovators selects up to five innovators each year as Fellows from among previously inducted Individual and Team Lead honorees. Fellows must live or work in Northwest Indiana and demonstrate significant achievement in innovation and contribution to our community.

One team may be selected annually from among Team Inductees to receive the Richard C. Sussman Prize for Team Innovation. The Sussman Prize is dedicated to promoting 21st Century innovation in the private, public, not-for-profit and government sectors.

The award was created to honor the late Richard C. Sussman Ph.D., former chairman for the Society of Innovators and head of Research and Development at ArcelorMittal. Known as a prolific team builder and innovator, Sussman is credited for pushing creativity, innovation and entrepreneurship as critical elements to remain competitive. This award builds on his legacy for a stronger Northwest Indiana.

A Lifetime Achievement Award winner may be selected upon recommendation of the Selection Committee and at the discretion of the Board of Directors. Not only must the Lifetime Achievement Award winner demonstrate significant innovation, but that the work was sustained over a significant amount of time and their success was not limited to just one role, company or sector. This award is the Society’s highest honor for an individual leader whose work took place in or significantly impacted the Northwest Indiana region.

The award was renamed to honor John H. Davies who was recognized as the Society’s inaugural Lifetime Achievement Award recipient in 2019. As the founder and retired managing director of the Society of Innovators, he successfully led the organization from its inception in 2005 until 2018. Davies was also instrumental in relaunching the South Shore poster series in the late 1990s and worked with the South Shore Convention & Visitors Authority Northwest Indiana (SSCVA) to create the Wall of Legends in 2004. A self-proclaimed champion for Northwest Indiana, Davies was one of the first to say that innovation exists in the region. He was responsible for driving a culture of innovation here.

More information about the 2020 Innovators Awards can be found online at www.pnw.edu/society-of-innovators/awards/ or by reaching out to Jason Williams at jawilliams@pnw.edu.

The Society of Innovators at Purdue Northwest