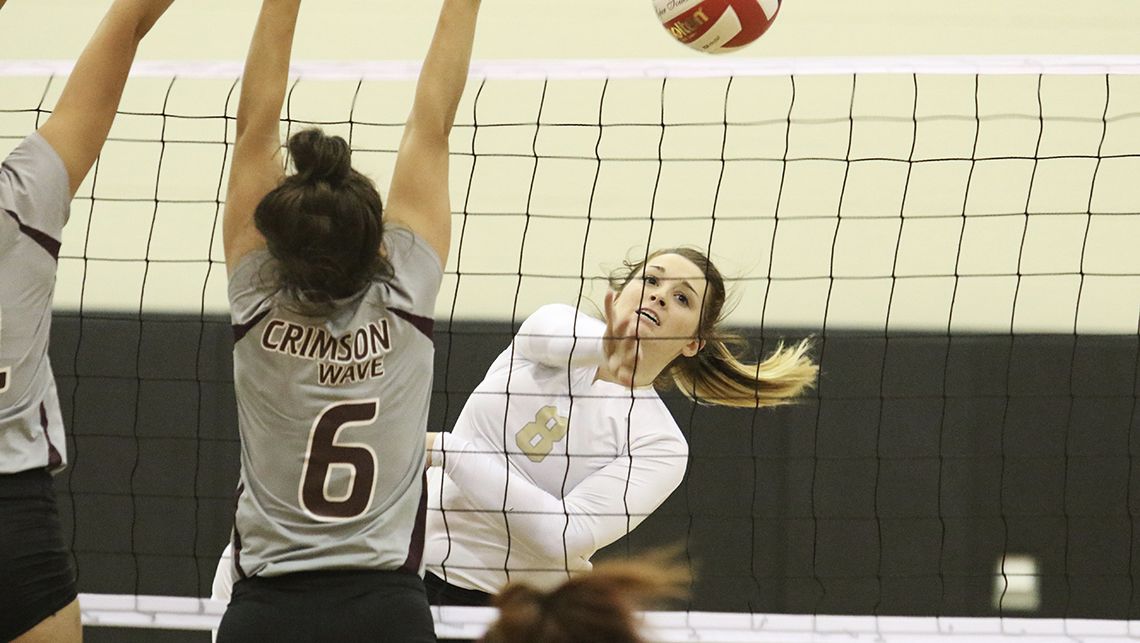 After CCSJ took an early 2-1 lead to start the opening set, the Black and Gold went on a 6-0 run to take a 7-2 advantage.

The Pride would use that momentum for the remainder of the set, after a final kill from sophomore Jenna Pasko (Lansing, Ill./T.F. South) gave PNW the 25-18 Set 1 win.

Both teams were even at eight points apiece early on in the second set, but Purdue Northwest would use a 7-0 run, capped off by a kill from freshman Auburn Dodd (Chicago, Ill./Gwendolyn Brooks).

PNW would keep an aggressive attack and take a two-set lead after winning Set 2, 25-18.

The Black and Gold would continue to fight in Set 3, after a Kill from Elsea finished off the final set to give the Pride a 3-0 sweep over the Crimson Wave.

The Black and Gold return to action Tuesday, Sept. 27, when they take on Trinity Christian in Palos Heights, Ill. at 7 p.m. (CT).