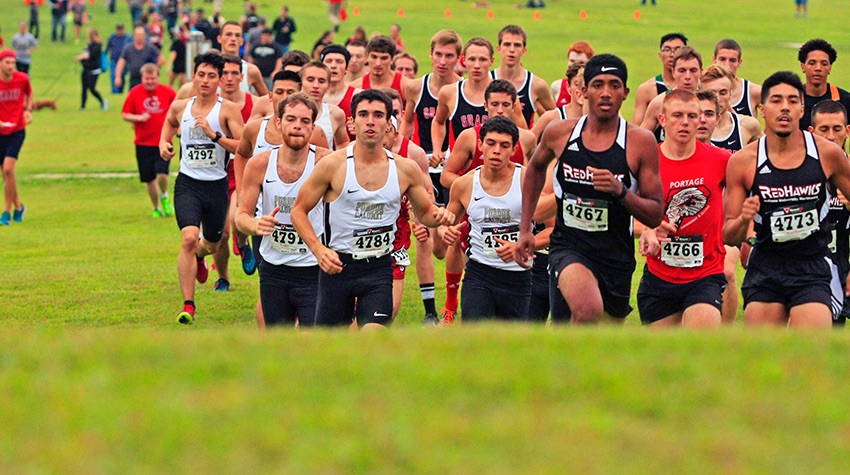 With his first-place finish in last weekend’s Northwest Classic, Purdue University Calumet junior Alex Cordova was selected as the Chicagoland Collegiate Athletic Conference Runner of the Week to kick off the 2015-16 athletic year.

The honor was the second of Cordova’s (Hobart, Ind./Hobart) career, as he earned the award last season in his first year with the Peregrines.

Cordova set the bar at the inaugural Northwest Classic Aug. 28, as he topped the field of 40 runners with this career-best 5-kilometer time of 16 minutes, 3 seconds. Leading nearly the entire race, he beat the second-place finisher by 23 seconds.

His finish was one of five Peregrine runners in the Top 15, helping the Purdue Calumet men place second as a team in event held on Purdue North Central’s campus in Westville, Ind.

The Peregrines return to action this Friday, Sept. 4, when they compete in the St. Francis (Ill.) Invitational 5K in Channahon, Ill..