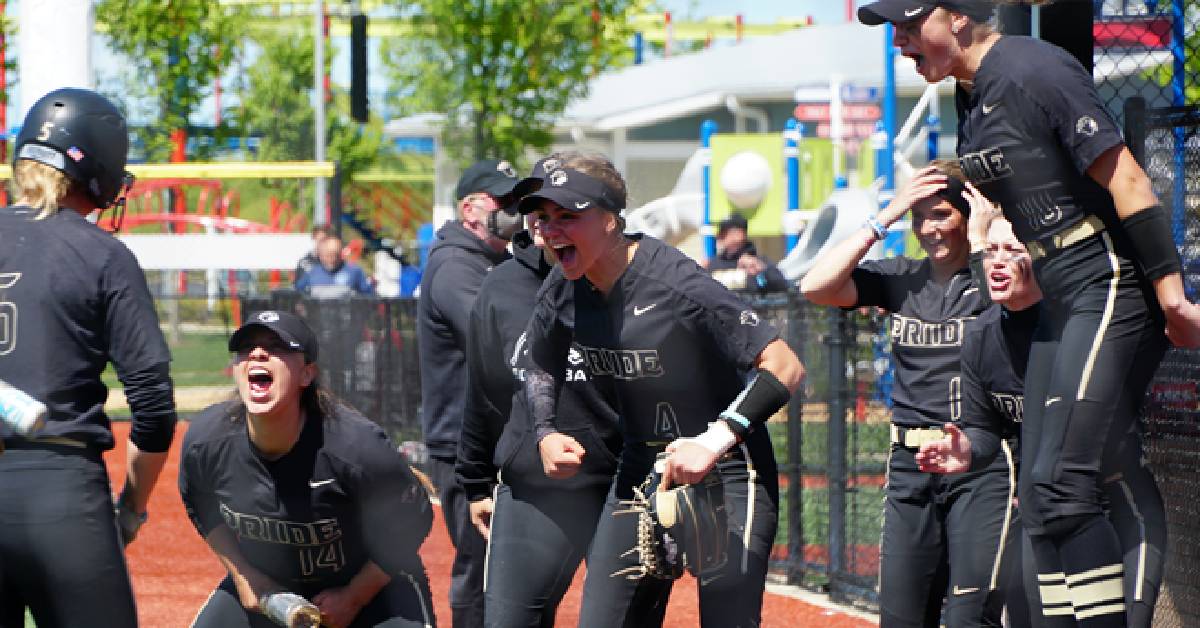 The No. 6 seed Purdue Northwest used a four-run sixth inning to defeat the No. 5 seed Wayne State 4-0 in the second elimination game for both teams Wednesday at the GLIAC Tournament. The Pride (17-25) advance to the final elimination game and get a rematch against the No. 2 seed Northwood on Wednesday night with a trip to the championship on the line.

Wayne State (23-21) appeared to take a 1-0 lead on a sacrifice fly in the fifth inning, but the runner that scored was called out for leaving early at third base and the play turned into an inning-ending double play.

PNW capitalized on the momentum swing and plated four runs on four hits in the top of the sixth. Until that point, the Pride had recorded just two base knocks against WSU starter Brooke Nadolny.

Kara Aloisio led off the sixth with a single to left field and then beat the throw on the force-out attempt at second base on Allison Arnold's grounder to third on the next play. All-GLIAC first teamer Aubrey Shroyer came up huge two batters later with a triple off the right-field fence to plate both runners. Two more runs came across when Ashley Bravo and Madison Schultz connected on RBI base hits to make it 4-0.

Pride pitchers Emma Hill, Abbie May and Courtney Blackwell worked efficiently from the circle for the shutout - PNW's third of the year. Hill got the start and pitched two innings while Abbie May came on for two-and-a-third. For the second straight game, Blackwell took over in relief and registered 2.2 hitless frames. The senior right-hander was credited with the win and improved to 10-9 overall on the year.

PNW outhit Wayne State 7-5, as Bravo and Schultz each recorded two hits in the contest to lead the Pride.

Nadolny was tagged with the loss for Wayne State after logging 5.2 innings and surrendering three earned runs. The loss closes the season for the Warriors as legendary head coach Gary Bryce retires after 40 seasons.