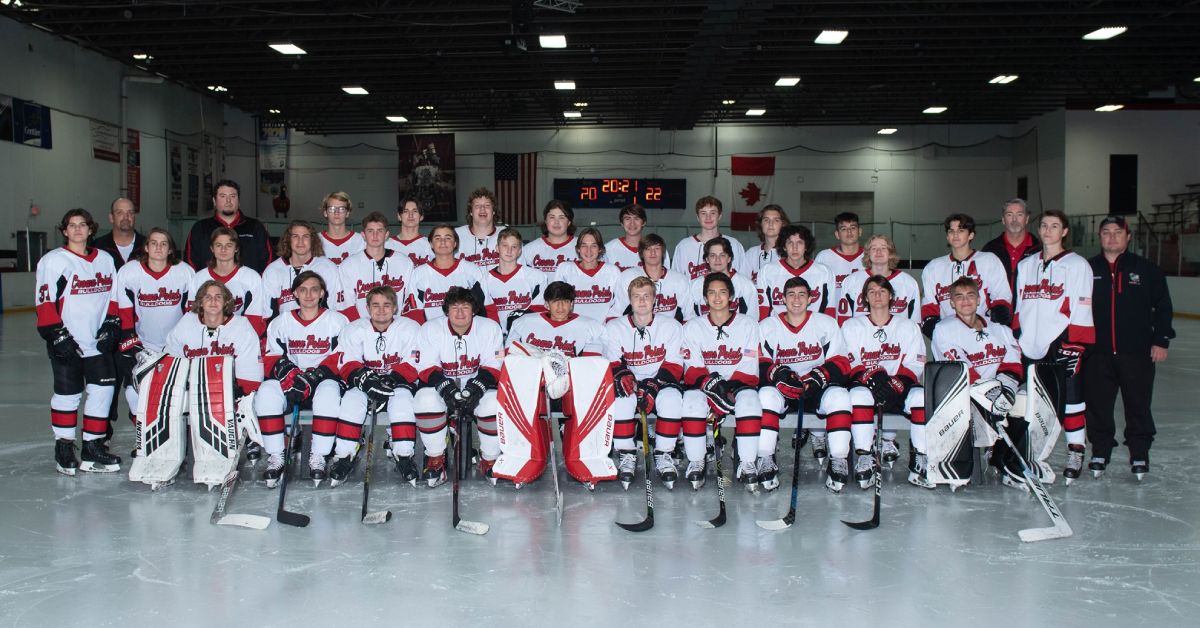 Hockey is a staple throughout the United States, especially in the Region. Kids pick up their skates at a young age hoping to make it in the big leagues with their skill and wit. Giving kids the chance to hone those skills is what all the youth programs and high school teams do for boys and girls alike.

Youth programs, like the ones at Midwest Training & Ice Center located in Dyer, Ind., take kids across the Illinois border along with locals starting at age five.

These youngins must go through the Wings Developmental Hockey program to become a Youth Blackbird, which is divided into five categories: Mite, Squirt, PeeWee, Bantam, and Midget. The Mite's age range is eight and under, Squirt is 10 and under, PeeWee is 12 and under, Bantam is 14 and under, and Midget is 18 and under.

The Youth Blackbirds can compete in a travel team and or a house team. A travel team allows higher-level players to compete against higher-level competition and challenges kids to be the best they can be on and off the ice. Kids on the team travel for games and have to commit a lot more time than most others in the program. The travel team competes in the Northern Illinois Hockey League (NIHL), a premier hockey league in Illinois. They play a six-game schedule plus playoffs.

At the house team level, it is a lot more laid-back: there’s less traveling, players have equal amounts of ice time, and there are practices two to three times a week. The house team participates in the Northwest Hockey League (NWHL) in which they play an eight-game regular season schedule followed by an end-of-the-season tournament.

Along with the youth programming, Midwest Training & Ice Center also has a team connected with the United States Premier Hockey League (USPHL), the Midwest Junior Blackbirds.

The USPHL, founded in 2012, is comprised of 170 teams across the country. This league prepares and develops young players to compete at a collegiate level and beyond. The Midwest Junior Blackbirds more specifically are in the Midwest East Division. These boys' ages range from 18 years of age and under.

Since the season is in tow, the Midwest Blackbirds aren’t looking for new players at this time, but they still have programs and training for kids that want to learn hockey like the Wings Development Hockey Program.

As for different facilities in Northwest Indiana, The Kube Sports Complex located in Hammond, Ind., offers programs like the Little Blackhawks Learn to Play program that teach kids fundamental skating and hockey skills.

Comparable to the Wings Development Hockey Program with the Midwest Blackbirds, the Kube Sports Complex offers a youth program called the Mohawk Hockey Club. These programs are divided the same way as the Blackbirds: Mites, Squirts, PeeWees, Bantam, and Midget.

Along with the different categories, they have house and travel teams as well. The house team plays 25+ games while the travel team plays 30+ games throughout the season.

Adding onto this, once kids move to the high school level, there are high school teams that compete at high levels as well in a local setting.

The Lake Central Indians Hockey Team plays at Midwest Training & Ice Center and is a member of the Indiana State High School Hockey Association (ISHSHA). The Lake Central High School hockey program has two teams: the Varsity Team and the Prep Team. The Varsity Team sees the most experienced players competing at the highest level Illiana has to offer. The Prep Team develops players to compete with others at a similar level as them before moving on to varsity.

Within all of these programs, youth and high schoolers find plenty of ways they can get involved with hockey, learn new tricks, and continue to grow as hockey players within the Region.

For more information on the Midwest Blackbirds Youth/Junior Hockey and their youth programs: midwesttrainingandice.com/on-the-ice/hockey/

Sign up for the Little Blackhawks Learn to Play Program: kubesports.com/little-blackhawks-learn-to-play/