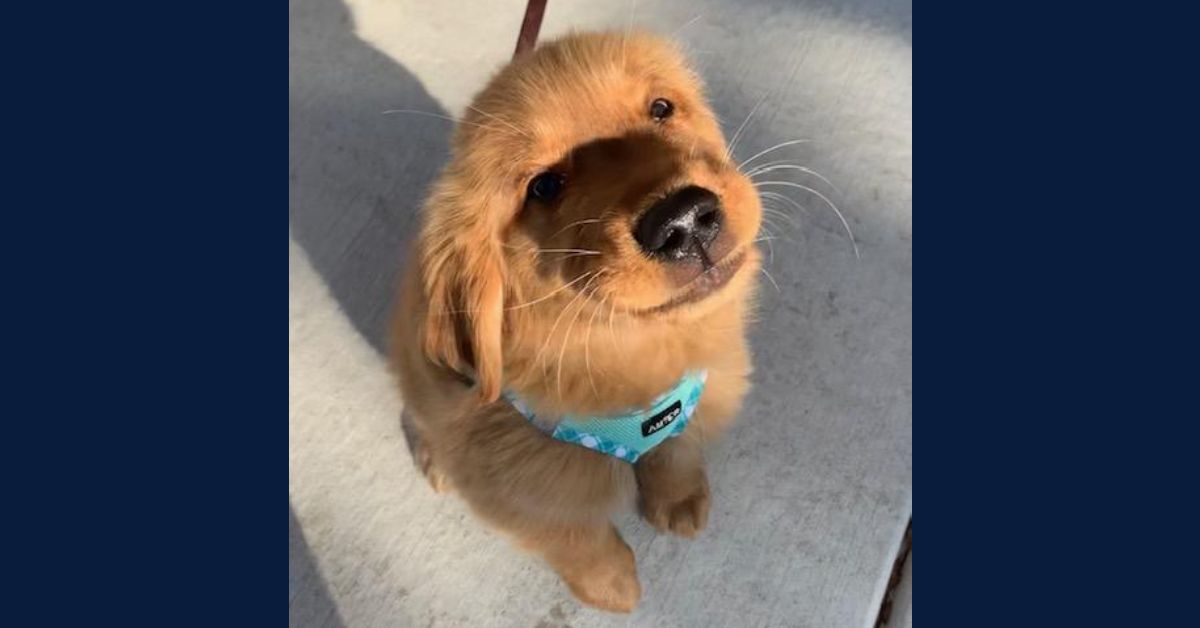 “I have done so much research on this and it's something I've been working towards for a long time,” Pearson said.

Although standardized testing and events are important to the school, it was made evident to Pearson and her superintendent that COVID-19 had an affect on the children’s social and emotional needs.

A meeting was then held to discuss securing funding for the emotional support puppy; Funds for the puppy, vet visits, training classes, etc. After reaching out to several organizations attempting to secure funding for the puppy, Nathan Hale Elementary quickly received a response from Notre Dame Federal Credit Union.

“We put together a proposal, and that ended up getting funded by the Notre Dame Federal Credit Union in Whiting, Indiana, for about $10,000,” Pearson said.

“When I brought Ollie to school for the first time, the kids were just so excited to see him,” Pearson said. “I had to think of what would be best for Ollie so he wouldn’t get overwhelmed, but he was just so curious and so happy and calm.”

Ollie is currently enrolled in Stoney Run Canine Camp in Hebron, Indiana. The goal is to pass all four classes, which are each seven weeks long and then eventually take his canine good citizen (CGC) test with an American Kennel Club approved CGC evaluator.

“That’s the gold standard of where you want to be with an emotional support animal,” Pearson said. “To make sure they're comfortable being touched and handled, they stay by your side, and they're not jumping into laps.”

To keep up with Ollie’s training outside of class, Pearson teaches her staff as well as including it in her newsletters, which get sent home to the children and their parents.

“I will put in my newsletter each week, ‘Here’s an Ollie Tip; If Ollie is nipping, please turn your back on him and stop petting him.’” Pearson said. “I also put in the Ollie tip if he's doing what he's supposed to be doing to give him praise.”

Pearson has been extremely proud of how cooperative the children have been with following the guidelines that have been set regarding Ollie.

“I explained to the children what Ollie can do,” Pearson said. “I let them know that Ollie is still learning too, so I also explained what he can’t do and why.”

Pearson mentioned that the children love to read to Ollie or just sit with him if they’re having a rough morning.

“All of the kids have been amazing with Ollie,” Pearson said. “They make cards for him and Ollie has his wall of pictures and cards and mail that he gets.”

Perseverance has paid off for Pearson and she has been witnessing the benefits to having Ollie at Nathan Hale Elementary.

“The difference it makes on the kids and how it makes their day when they see him, it is amazing to me,” Pearson said. “I feel so blessed to be able to have this opportunity. I’m grateful for the Notre Dame Federal Credit Union and for our school board and both our superintendent and assistant superintendent for supporting this and making it happen.”