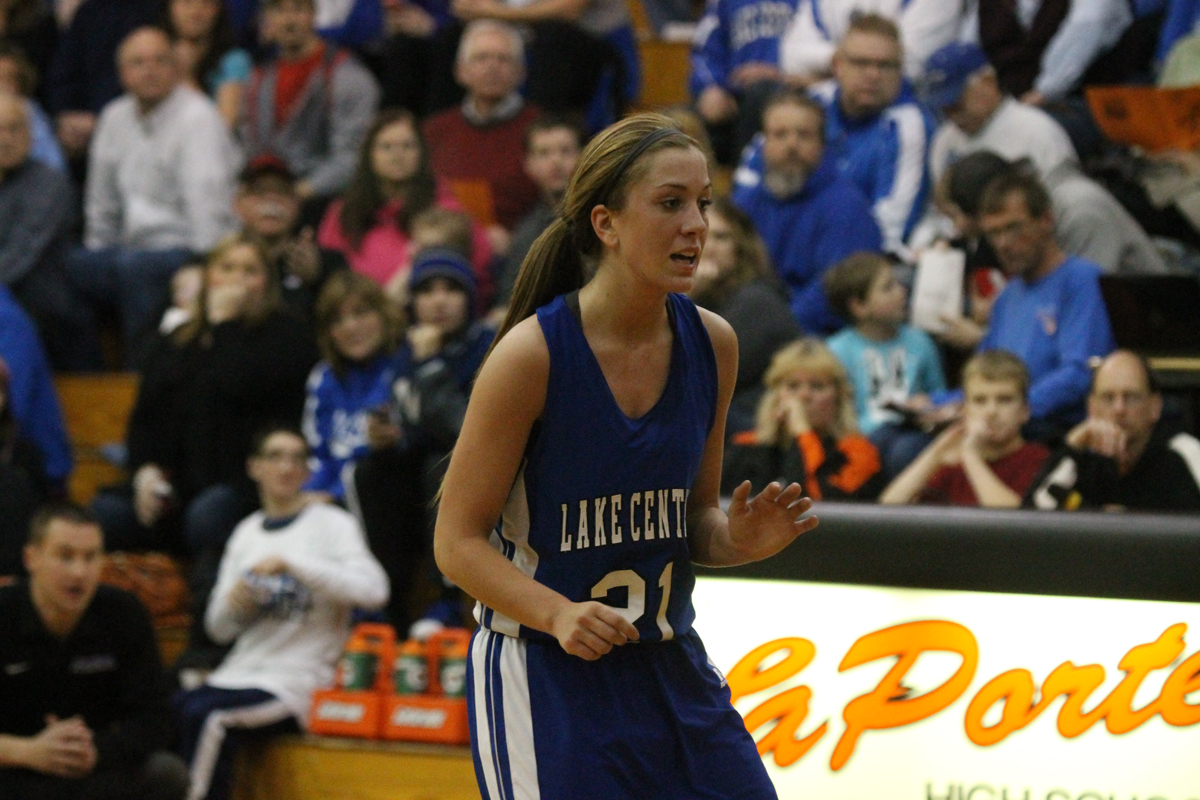 Lake Central senior, Gina Rubino has committed to continuing her education and basketball career at Indiana University Northwest, becoming the first commit for the RedHawks in their 2015 recruiting class. Rubino a 5'5" shooting guard from Crown Point, IN helped lead the Indians to a 19-3 record this past season while pacing Lake Central scoring at 13.3 points per game and three-point field goals with 65, while shooting a staggering .433 from beyond the arc.

At the conclusion of her junior season, Rubino was selected Northwest Indiana Times First-Team All-Area, First-team All-Duneland Conference and Second-Team Post-Tribune All-Area teams. Additionally, she was invited to play in the 2014 Indiana Class Basketball All-Star Classic played at Anderson University in June and was named an Indiana Basketball Coaches Association/Subway 2014 Underclassman All-State Honorable Mention selection. This past summer Rubino was selected to participate in the Indiana Top 100 Showcase at Ben Davis High School in Indianapolis, IN.

During the 2013-14 season Rubino converted on 95 of 201 field goal attempts (.473) with just 40 turnovers over 22 games making her one of the most efficient guards in the state of Indiana last season. On Dec. 6, 2013 Rubino poured in six triples en route to a career high 29 points, including 24 in the first half in the first of two wins over Duneland Athletic Conference rival Merrillville. Later, Rubino led all scorers with 23 points on 9-12 shooting in a decisive 71-37 victory over East Chicago on Jan. 20. As a sophomore Rubino was a key contributor for the 2012-13 Indians that finished 16-8 and captured the 2013 Class a 4A Munster Sectional Championship.

Rubino has earned a reputation of one Indiana's most prolific shooters and is a tireless worker committing long hours in the gym at improving her game. She's earned high praise from Lake Central Varsity Girls Basketball Head Coach, Marc Urban. "I think the key is that she has identified what her weaknesses were and then did everything she could to work so that her overall game has improved. Gina has a really high basketball IQ and she understands the game," said Urban.

"We're very excited to have Gina as our first commit to lead our 2015 recruiting class. She's an outstanding student, player and person who's a fierce competitor on the court. Her reputation as a true "student of the game" and work-ethic is impressive as she is committed to her success both in the classroom and on the court. Gina already possesses outstanding leadership qualities and represents all of the characteristics that we value most in our basketball program. We look forward to watching her continued growth during her senior high school season and helping her to reach all of her future academic and athletic goals at IU Northwest," said IU Northwest Head Coach Ryan Shelton.

IU Northwest is coming off a program best 23-9 overall record (14-1 at home) that included the A.I.I. Regular Season Championship and run to the A.I.I. title game. The RedHawks return 2014 A.I.I. All-Conference performers in Nicki Monahan (A.I.I. First Team, Freshman of the Year) and Danielle Zandstra (A.I.I. Second Team, Defensive Player of the Year). They'll be joined by a recruiting class led by 2014 Indiana All-State Honorable Mention performer Grayce Roach (Hobart). Gina intends to major in Nursing and will begin her collegiate basketball career at IU Northwest in the Fall of 2015.