What are some of your first memories with basketball? 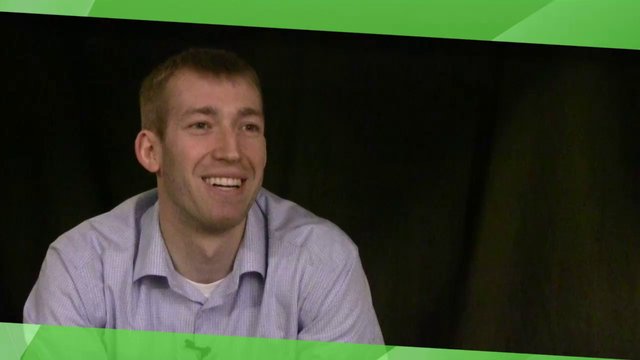 I remember in 1994 going to the semi state and state finals. I don’t remember the games very well but I remember being there. I was five years old so obviously it’s not like I really remember details. I remember watching Bryce and Tim Bishop play and thinking “Hey this is something I would really like to do.” My parents always took me to the Valpo High School games so I was watching guys like Joe Nixon or Scott Volt, the guys from 1994 on until I got to high school.

It was always a goal that I had to make it to Valpo Varsity. But in terms of memories of playing, I remember playing at the Boys and Girls Club, the YMCA then AE Basketball and playing on that I’d kinda circuit around with my teammates from Valpo. We have a pretty special relationship with the guys that we started with in 6th grade and ended up playing on our Varsity team. It was pretty cool.

Who inspired you growing up?

Definitely Bryce Drew. I was a ball boy for VU which is a crazy thing to look back at now but I could tell you where I was, who I was with and what I was holding when Bryce made the shot for VU. I was a huge Valpo Crusaders fan so I’d say him. But at the same time, professionally I was always a huge Michael Jordan fan, but so is everybody else so there’s nothing too mind blowing there.

Who influenced you at the high school level?

My dad did a very good job of coaching me when I was a little kid. Probably the most positive thing for me was a coach that we had. His name is Jim Biggs, he’s Markus Biggs’ dad. He was our point guard in my junior and senior year at Valpo High School. He was great about coaching us and giving us an equal opportunity, making the big guys practice guards stuff, making the guards practice big-guy stuff. You know, at that age you don’t know who is going to grow.

But we had very good teams growing up and we were lucky to win a lot of games. He was really good at instilling toughness, instilling basketball knowledge and instilling fundamentals. I think if you saw the guys on our team play, you really saw a reflection of him.

Who has attracted your attention at VHS?

I went to the game last night and I was very impressed with John Mosser He plays hard, he plays the right way, he understands how to play. He’s gotten a lot better. I think that’s something you can definitely respect about a guy. I remember him as a freshman being real lanky and a little bit uncoordinated but at this point he’s very good and had a great game last night.

It was cool to watch Hayden Humes grow up and play because he was in the program while I was there. He was a sophomore, I was a senior. He was playing at UIC now, which was great to see.

Valpo has always had good players. I don’t think that will ever change. It’s a good basketball city, the people get behind the team and for whatever reason we’ve been having a lot of success.

What's interesting about the camp you have coming up?

The camp is June 11-14 and it’s for kids: elementary and middle school, boys and girls. I think it’s going to be a great experience. It’s going to be at The Fieldhouse. I’m really looking forward to working with the kids and being able to pass on some of the basketball knowledge that I’ve gained from when I was a kid to now. It’s always been something fun for me to teach basketball, work people out and it may be something to look at as a possible career choice when I’m done playing.

What does the future hold for you?

I got my degree from Purdue so I was there for 5 years. I was able to get a couple minors and I have a business degree with a minor in communication, a minor in another business aspect and a minor in marketing. So, that’s an option. But I don’t know if I’d enjoy being away from sports at this point because it’s been such a big part of my life.

Coaching is definitely something I’d look into, broadcasting is definitely something I’d look into. I had a great experience with the Final Four doing Sirius XM radio shows, which was awesome. I had a lot of fun. It was cool to get to talk basketball. I’ve done two of those, so that’s an option. But who knows, that’s a great question. Hopefully I can play for 10, 11, 12 years and then come back and do something that I enjoy doing.