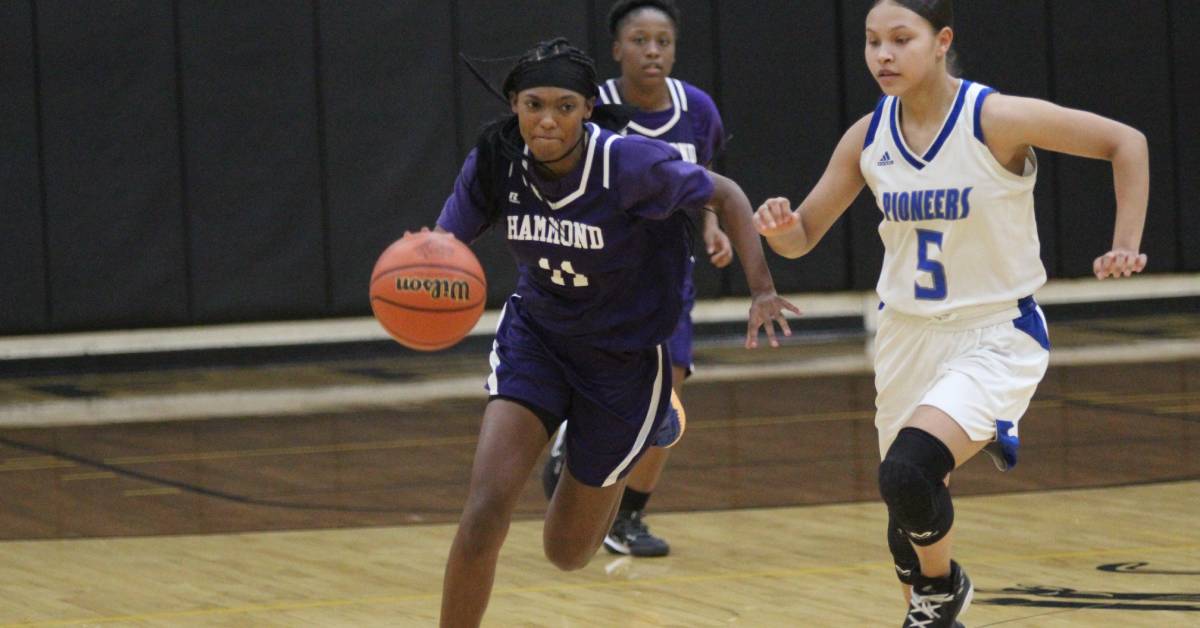 The Girls’ Basketball State Tournament kicked off on Tuesday evening, with schools around the Region beginning the first round Sectional play. Griffith High hosted a match-up between two Hammond schools, the Hammond Wildcats and the Clark Pioneers. The Wildcats came out on top 39-33, securing their first win of the season and at least one more night of play.

The matchup looked like a low-scoring affair from the outset – the two schools went into the second quarter with Clark up 9-6. It was not until fourth minute of the second quarter that the Wildcats broke into a double digit point total, and secured a lead they would not relinquish for the rest of the night.

“The girls didn’t give up the hustle,” said Eundee Kyles, Head Coach of the Wildcats. “I’m hopeful. We’ve got to work on rebounding drills, layup drills, and being consistent and positive. Overall, the team effort is what I’m happy with.”

The action continues Friday evening, where the Wildcats will face the Griffith Panthers.