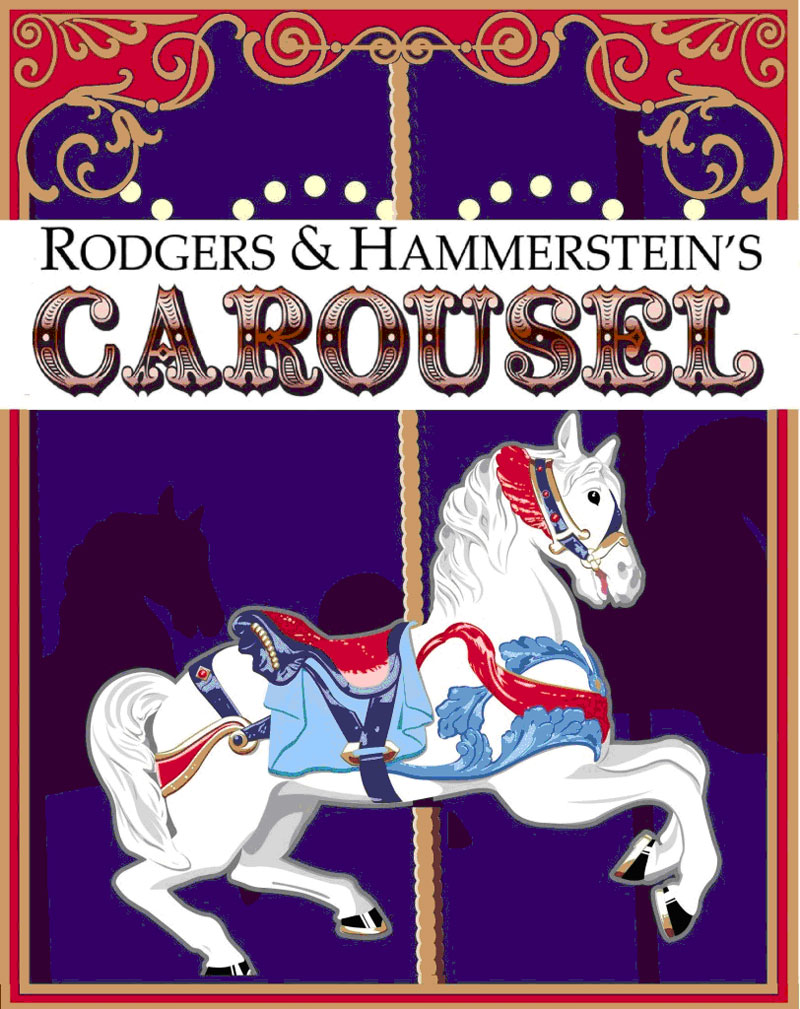 “Carousel,” a musical that explores life and death through the powerful music and lyrics of Richard Rodgers and Oscar Hammerstein II, will be staged by the Genesius Guild of First United Methodist Church Hammond weekends April 4-13.

Dubbed “the best musical of the 20th century” by Time Magazine, “Carousel” will be performed in the Fellowship Hall at the First United Methodist Church of Hammond, 6635 Hohman Ave. in Hammond, Indiana, at 8 p.m. on Fridays and Saturdays. A 3 p.m. matinee will be performed Sunday afternoons.

Admission is $15 for adults, $13 for senior citizens and students high school age or younger. Tickets are available at the door or by calling toll-free 877-724-7715. A Dinner Theatre option will be available April 12 for an additional $13 per person; dinner will be served at 6 p.m., and reservations for dinner must be made by April 9.

Set in a small, seaside town in 1873, “Carousel” is about people with rich stories and real struggles that are remarkably current to the audience, said show director Ed Griffith. While it begins with a romantic story between carnival barker Billy Bigelow and millworker Julie Jordan, their relationship comes at a price. After Billy loses his job as a carnival worker just as he finds out that Julie is pregnant, he participates in a robbery out of desperation to provide for his family. He is caught in the act, and once again overwhelmed by desperation, takes his life. Fifteen years later, Billy is given the opportunity to return to earth for one day to see his lonely teenage daughter and instill hope in both her and Julie.

Rodgers and Hammerstein’s personal favorite out of their many collaborations, “Carousel” is a moving story of love and redemption. The Genesius Guild performance of the play will be directed by Ed Griffith with musical direction by Jay Gianotti and choreography by Kathy Mertens and Kathleen Dominiak-Treasure.

“This show is as realistic and dramatic as possible,” he said. “Expect real people, beautiful music and entertaining, dark drama. Few musicals include hard truths and probe deep into our human existence. It will surprise you and make you ask yourself questions, which is what great art should do.”

The show includes classic songs such as “If I Loved You,” “June Is Bustin’ Out All Over” and “You’ll Never Walk Alone,” as well as the popular Clambake Ballet. Powerful music and beautiful dance sequences make this an epic show, said Griffith.

About the Genesius Guild – The Genesius Guild of Hammond, Indiana is a community theatre organization housed at the First United Methodist Church of Hammond. For the past 28 years, the Guild has existed as an outreach of the church and the community to promote and support community theatre, community programs and the arts for the enrichment and welfare of the citizens of Hammond, the citizens of Lake County, Indiana, and the greater theatrical patronage of the surrounding region, and to further the education of and provide entertainment to its members and the community in the area of theatrical arts. The Genesius Guild is a member in good standing of the Northwest Indiana Excellence in Theatre Foundation (NIETF) and the Indiana Community Theatre League (ICTL), and continues to seek ways to reach out to the community. Visit the Genesius Guild on our web page at www.genesiusguild.com, or like us on Facebook to receive continuing updates.