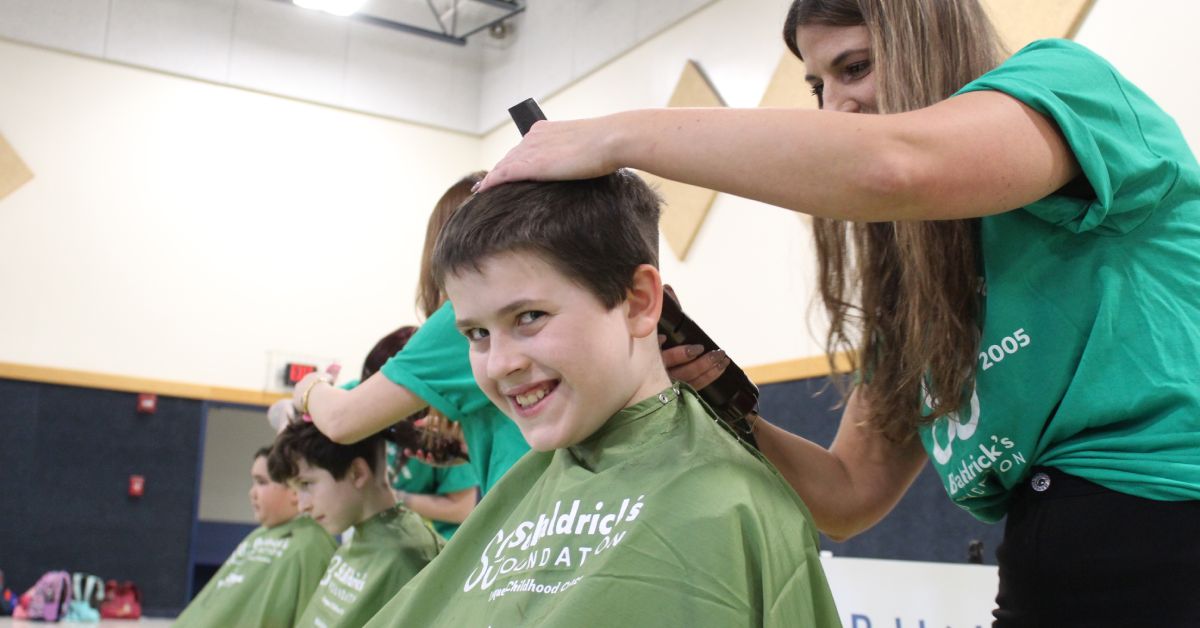 Countless locks of hair fell to the ground on Wednesday evening, as kids of all ages at Eisenhower Elementary shaved their heads for Crown Point’s Annual St. Baldricks Event. In the weeks leading up to the event, a team of kids ranging from kindergarten to fifth-grade raised $30,091 for childhood cancer research.

The event is an annual tradition for Eisenhower Elementary, where for nearly a decade kids have been shaving their heads before St. Patrick’s Day to show solidarity with children battling cancer. The total money raised by the school over the years is in the hundreds of thousands at this point, with no signs of slowing down any time soon. Multiple schools in Crown Point participated this year, raising a total of $42,055 with Eisenhower’s contribution included.

“It’s been really amazing, it’s so cool as an educator to see the kids picking up the lesson and knowing that this community spirit is an important skill in life,” said Jori Dusseau, fifth-grade teacher at Eisenhower. “We have kids in our own school that we need to rally around and support.”

One of those kids is Mila Hurley, who is in treatment for acute lymphoblastic leukemia. She is Eisenhower’s St. Baldricks Honored Kid, with their funds raised in her name.

“It’s pretty cool that everyone is doing this,” she said. “They’ve had my back, it means a lot.”

James Katsouros, fifth-grader, was the team leader for Eisenhower. He’s taken part in St. Baldricks every year, believing in the importance of helping wherever he can. He raised $2,189.70 of the school’s total.

“Having the feeling that you’re helping someone live a better life, helping them beat cancer, it’s a great feeling,” he said. “It’s astonishing to see everyone come together, there’s no real way to put it into words. I mean, $30,000, with this group of kids. That’s truly amazing.”

Most of the Eisenhower shavees were boys, but a number of girls took part as well. Some trimmed off large parts of their hair, but two went all the way and fully shaved their heads – Chelsea Rosenblum and Heidi Meschede, both fifth graders. The pair received a loud round of applause when they stood up from the barber’s chair.

“I decided to do this because my cousin had childhood cancer,” Rosenblum said. “I was scared, worried that people would say ‘is she a boy or a girl?’ It made me feel really happy to hear everyone cheering.”

Rosenblum raised $5,380 and Meschede $1,491.45. Eisenhower alumni Grace Gabriel, who shaved her head three years in a row, was excited to see what the pair accomplished.

“It’s just awesome,” she said. “To see them in my footsteps, doing what I did is really cool.”