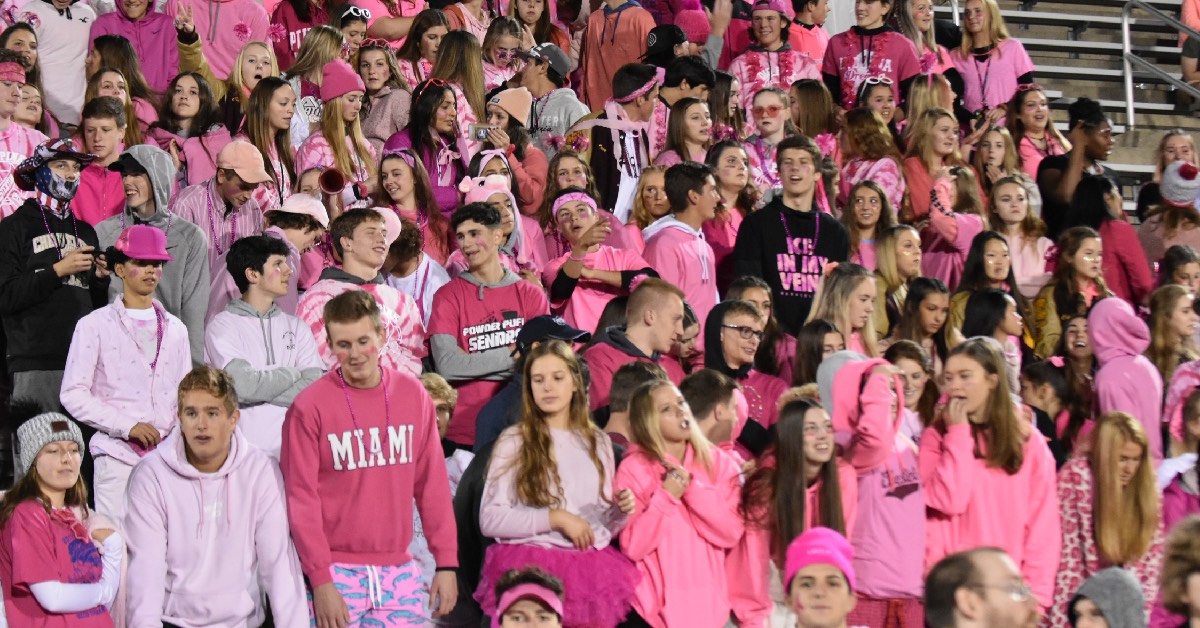 After senior night celebratory ceremonies, the marching band performance of the star spangled banner,and a grand entrance by the Trojans,it was time for football. The Trojan pep block braved the chill to cheer on their favorite team as they were dressed in thepink-outtheme.

As the game started it looked like it was going to be an even match with the first quarter ending scoreless. With 7 minutes left in the second quarter, #2 Byrce Pickering foiled an interception attempt by the Indians and was able to score the first Trojan touchdown.

In the second half,touchdowns by Trojan BenSlatcoff, as well as additional touchdowns and field kicks by the Trojans,resulted in a shut outof 38-0.

Trojan Coach Mark Peterson was pleased with his team as well as complimentary of the Indians.

"As the game progressed it was really an opportunity for us to establish some things in the run, the pass game early on," said Peterson. " I think Lake Central is a really solid football team and I think Coach Bartolomeo is doing some really good stuff. Those first couple of possessions it was back and forth and we had to pick and choose and really make some game time adjustments. The kids really responded well. We missed some opportunities early but that was because of the defense, not because of something we did so hat's off to them. As we continued to progress we got a play and then another and next thing you know it snowballed."

With victory under his belt, Coach Peterson was already preparing for the next game.

"We really have to keep a great focus on team football," said Peterson. "That was a really solid offensive performance and a very solid defensive performance and overall special teams who has to kick the field goal had some great kicks and kick offs to the end zone. That's something we want to be able to continue to build on. All three phases are huge and we really came together all three tonight. We have to keep building on that and keep building for the rest of the season."

The Trojans will next host the Crown Point Bulldogs on October 11, and the Indians with face the Merrillville Pirates that same night.