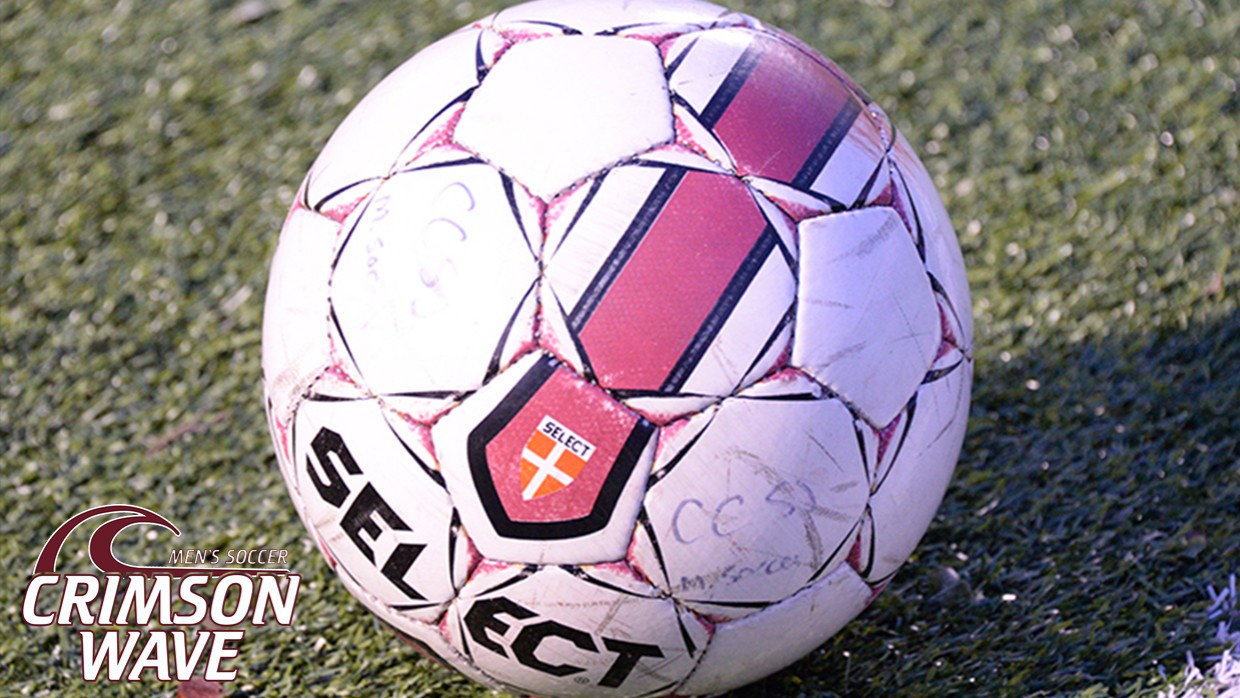 Stepping onto the pitch for the first time as a CCSJ head coach, all Mis' Mrak wanted was a solid effort out of his players. He got his wish. The Crimson Wave and Rochester College played an extremely even game, but a missed save opportunity cost the Crimson and Gray less than two minutes into overtime, sending them to a 2-1 loss on Wednesday evening.

HOW IT HAPPENED
Each team had their chances in the first half, but were unable to find the back of the net, sending us into the intermission tied at zero. Rochester (1-2-0) would open up the scoring after ten minutes elapsed on the clock via a breakaway goal by Mitchel Morawski. CCSJ (0-1-0) outshot the Warriors in the second half 8-6, and would have some very good chances around the 19-minute mark, but were kept off the board going into the final minutes. Kenneth Eze(SO/Oberhausen, Germany) would be sent out to try and convert on a penalty kick opportunity, and he did just that, tying the game with less than nine minutes left. The game was bound for overtime, but the extra frame didn't last long. CCSJ goalkeeper Roy Gean (SR/Ft. Smith, Ark.) made a save attempt at the 91:08 mark, but was unable to corral it, leading to a chip in goal by Silviu Nita to end the game in favor of RC.

STATS OF THE GAME
Both teams had very similar stat lines. Each team has 16 shots, seven saves, and were on shot on goal apar. The Warriors edged out the good guys 9-8.

The game was also an extremely aggressive one, with a total of 12 cards handed out during the game. This included a red card to CCSJ's Joe Kirkham (SO/London, England) in the second half, while RC's Tyler Sommith and AJ Santavy received their own in the second half and overtime respectively.

WAVE PLAYER OF THE GAME
Kenneth Eze was the star of the offensive attack. The sophomore forward had five shots on the evening, three of which were on goal. He also helped the Wave tie it up in the second half via a penalty kick goal.

THOUGHTS FROM THE COACH
"The fight that the guys had tonight was really a good thing," said head coach Mis' Mrak. "Once we got down, we played more intelligently, but it also led to more trouble. We just have to work on our runs a little more up top, but I can't complain about the effort in tonight's game."

WHO'S ON DECK?
The Cal College men's soccer team will have a couple of days to regroup before welcoming their next opponent to town. The challenge will be in the form of Cornerstone University. Kickoff from East Chicago Central field is slated for 1:30 pm.