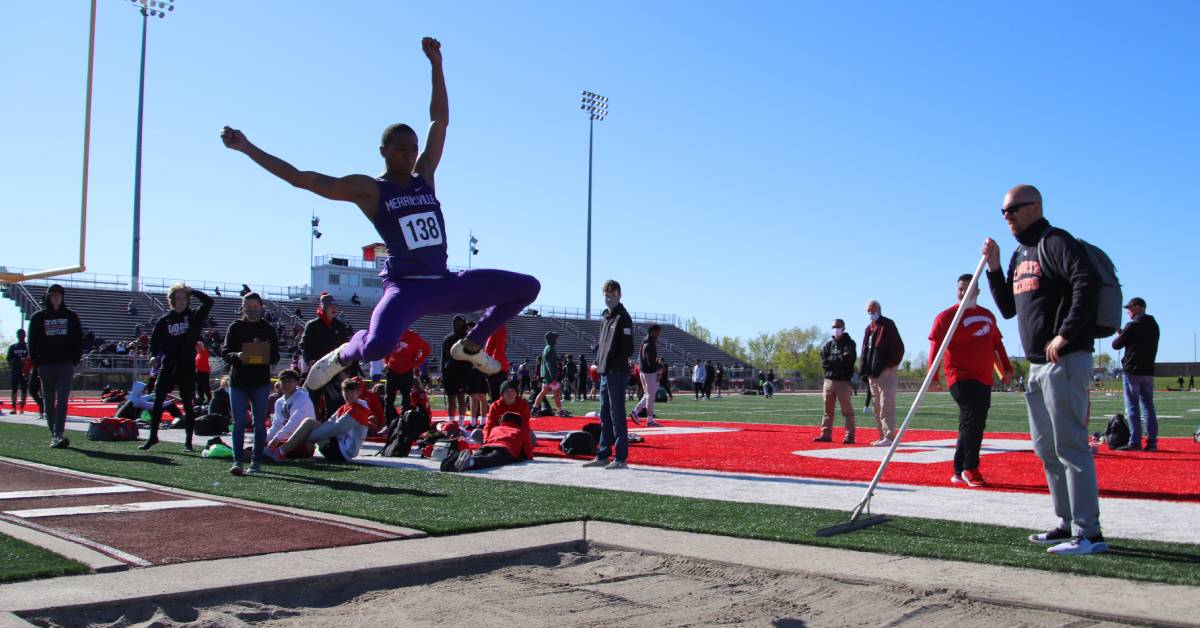 “This is a wonderful competition,” Michigan City High School senior Kaydarious Jones said. “I’ve met so many friends around the neighboring cities. I play football also, and it's not this much of a friendly environment. [Here], everybody shows love.”

Friendship met sportsmanship at the 2021 Duneland Athletic Conference (DAC) for boys track and field, where they made the perfect pair. Eight schools across the Region competed in various events, ranging from distance running to long jump.

For many student-athletes like Jones, this conference was all about making connections and breaking personal records.

“Going into today, my [long jump] personal record was a 20.2, and I came out the gate in my second race jumping a 21.4, so I’m feeling really good,” Jones said.

Valparaiso High School junior Caleb Marconi was hoping to put his talent to the test when running the 4x800 relay twice.

“I'm feeling a lot better than usual about the race,” Marconi said. “Just the gut feeling.”

Before going out to face other runners in the 4x800 race, Marconi reflected on his time on his school’s track and field team -- nights like these making all of the hard work worth it.

“[Track & field] is a fun sport, you make a lot of new friends, and you connect with a lot of people. It’s the main reason I keep doing it,” Marconi said.

Eddie Roman of the Crown Point High School boys pole vault staff agreed, describing the DAC as a time to push to the finish line.

“We’d like to set some [personal records] naturally. I think our boys are running pretty good off the ground,” he said. “We’re working hard here.”