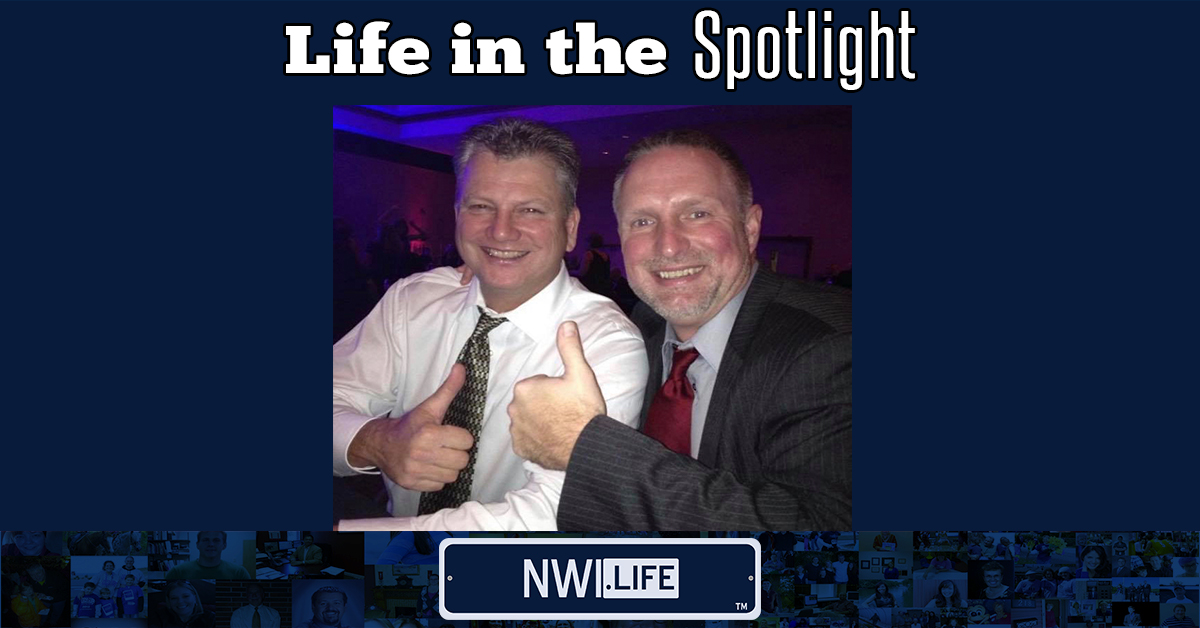 Tim “TG” Grzych was a pillar in the Crown Point Community. His years of service on the Board of Works and Storm Water Board helped shape the city into what it is today. More than that, however, he was a beloved husband, father, and friend to people across his community.

“He always had a smile,” said Crown Point Mayor David Uran. “He’s part of our family. He’s not blood-related to my family, but my kids called him Uncle Tim. That’s the kind of impact he had on everybody.”

Grzych passed away Oct. 11 but definitely left his footprints all around the city. As the co-owner and president of Leon’s Fabrication, he was a craftsman by trade. He designed all the metal benches located throughout downtown Crown Point. Grzych also played a key role in completing Bulldog Park and its seasonal hockey rink.

“He was instrumental in the design of a lot of things that make Bulldog Park what it is today,” Uran said. “That’s just one part of Tim. He’d help anyone at any time, and was involved in so many things across Northwest Indiana.”

In his years of service to the city, Grzych always offered a stable voice and valued input to any discussion.

“He never got too high or too low, and never had a temper,” Uran said. “He was always right there, even-keeled. He’d just say ‘it is what it is, we’ll handle it and figure it out.’ Those are the things that balanced everyone’s lives because you need someone like Tim when you get too excited.”

Uran recalled that people sometimes referred to Grzych as “George Bailey,” for his selflessness and constant kindness, referencing the beloved character in It’s a Wonderful Life.

“If you picked up the phone and said ‘Tim I need your help,’ he’d just say ‘when do you need me to be there,’” Uran said. “He was dedicated to this community and was always willing to make it a better place. He put everybody else first. If you were having a bad day and he walked into the room, it would change instantly.”

He was also a big sports fan and avid golfer and often spent time on the greens at White Hawk Country Club.

Everyone who knew him has a story to share. For Uran however, what sticks out about Grzych isn’t any one moment, but the immense difference he made in people’s lives with just his friendship.

“He was not only a role model to his kids, he was a role model to us,” Uran said. “He was a little bit older than I am, and we learned a lot from each other. He was somebody you just wanted to be around because he made you a better person.”