Jerica Paliga has only been playing and singing country music for a few years now, yet her name s everywhere as one of the rising pop and country artist in the Midwest.

Paliga grew up in Chesterton, graduating from Chesterton high School in 2013, and continues to live at home in between concerts and shows throughout the area.

“I just had to sit there and I could not do much of anything,” she said. “I have always been interested in playing guitar and thought, ‘Why not? S, I started and loved it.’”

She received lessons right away from Mike Bruccolari of Herman’s Hermits, plus her love for music songwriting, a unique sound and vocal talent landed her in Nashville to begin recording an album.

“I went down to Nashville for a few years and made a lot of connections down there,” she said.

She was in the same recording studio as the top artists like Taylor Swift and Carrie Underwood. She finished two songs there before she was contacted by her manager Gerry Flanagin of G4 Music Group.

They were in the Chicago area so I could go home and still do the music thing. It ended up working perfectly.”

Paliga and her team are on the edge of releasing her first album, which includes her personally written songs such as Home and Crazy for You.

She recently won the iHeart 95.5 Coors Light Big break 2017 singing contest for the second year in a row, winning over a 1,000-artist entry. She was then asked to play at Country Thunder Music Festival, opening for country music star Eric Church.

“I think my favorite performance was playing with Eric Church. It was by far the most fun,” she said. “At the Church concert, 30,000 people are there. When I played there were not as many there yet, but being a part of it was very fun. That’s my top favorite performance.”

That many people may be intimidating, but for Paliga, it was the best part.

“Sometimes I’ll get nervous. I get more nervous about messing up though,” she said. “I love playing in front of people, which is why I love music. I love connecting with the crowd.”

Over the last few years, Paliga has been seen and heard throughout the Midwest. She was named an up and coming artist to watch by the iHeart Radio DJ Alabama, and was asked to write a song for the major television show called Case Files Chicago, which she called Bleed Red. She was a finalist in the Live Nation Bon Jovi opening act contest. She has been featured in NWI Entertainer Magazine, Panorama Magazine, Illinois Entertainer and many others. She has opened for stars like Jarrod Niemann and Cannon Smith.

She, followed by her family when they can, travels around the area sticking near the Chicago area and down to the Nashville area. In the next year, she hopes to make it down to Texas and maybe some places in New York. 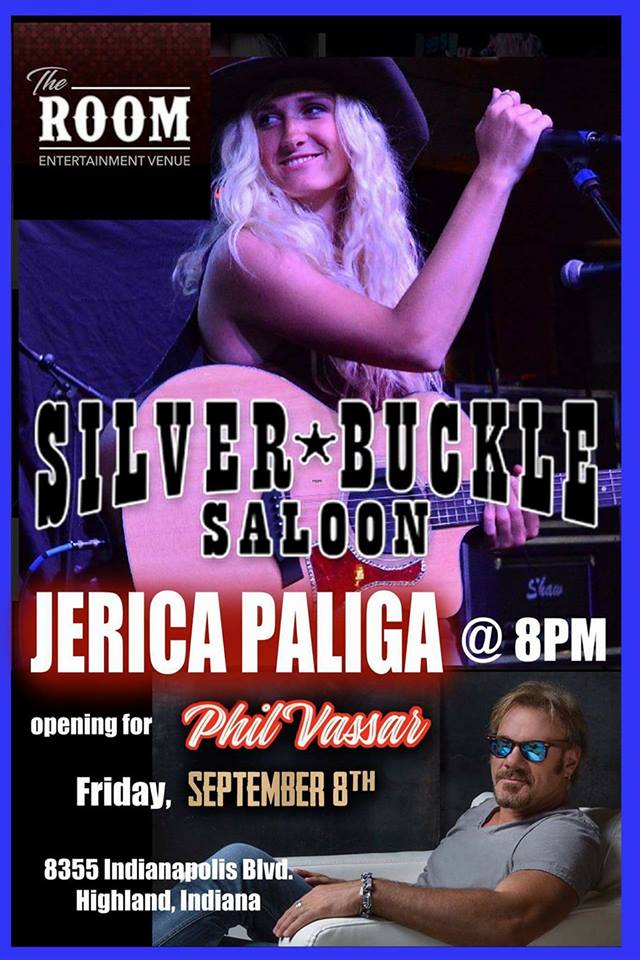 She will also be in Highland at the Silver Buckle Saloon on Sept. 8th opening for the Country Star Phil Vassar.

“That’s going to be a great show. Phil Vassar is a big influence and is why I wanted to be in country music,” she said. “It is going to be hug fun for me and I’m so excited!”

With traveling and recording, Paliga has little free time in her schedule. So, when she is home she sets her time aside for her family, boyfriend, and her two dogs.

“All I want to do is hang out with my boyfriend and take my dogs to the beach,” she said. “I love living here. I love how there’s a lot to do here and living here by the beach. I liked living in Nashville, but I was happy to be back here.”

Head out to the 2017 Popcorn Festival this September to hear some of Paliga’s new songs from her album.