Ingot Baseball On The Rise in Record Breaking Season
After two back to back appearances in the sectional championship game, the Ingots are coming into this season with high expectations. With early success and plenty of games left in the regular season, this should be quite a year for the guys in the postseason.

Another record was officially tied Saturday night as the win over Edison tied the school record for most career wins. The record currently stands at 48 and will soon belong to the senior class of 2017 as they continue to raise it this season.

More records are in reach as Junior Josiah Zambrana has a shot at reaching the state career record for getting hit by pitches. The record currently stands and 52 and Zambrana is about 20 hits away from that record, currently standing in the state top 10.

As the guys are only 10 games into the season and still another half of the season left to play, they have set the tone early for a season that will undoubtedly end in success for the Ingots. 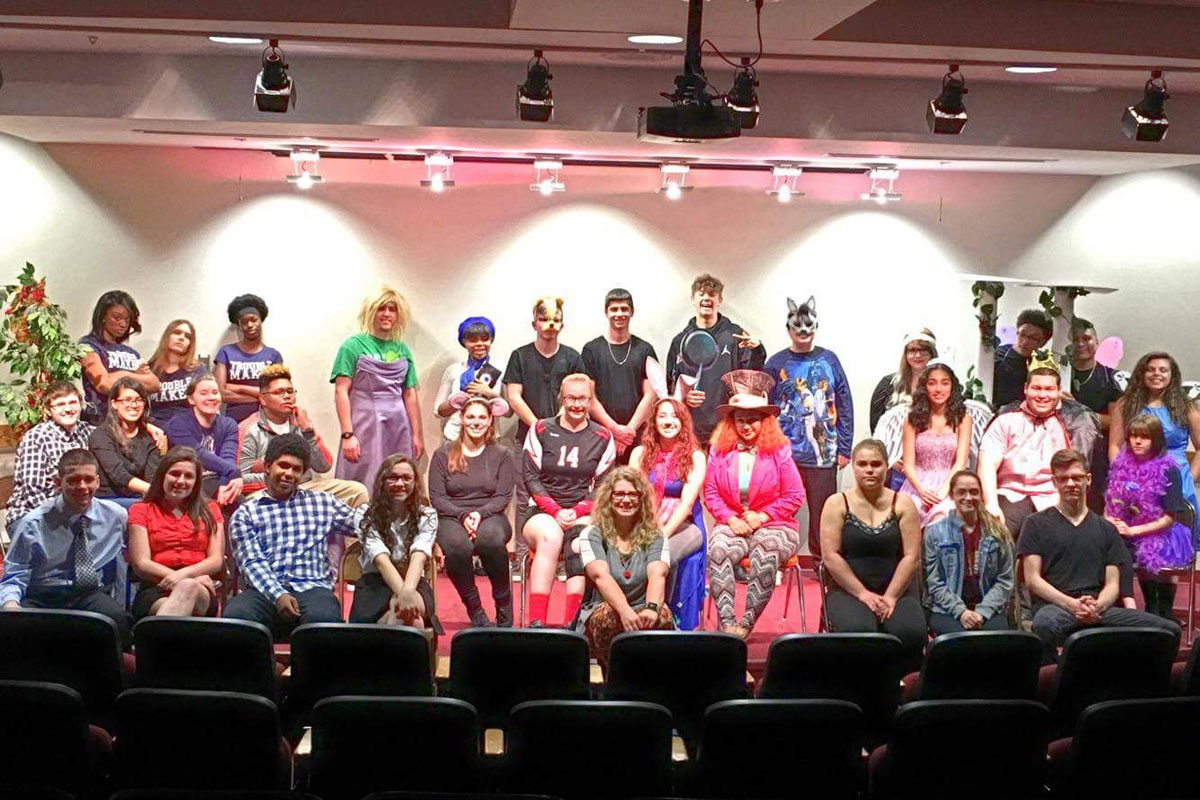 National Honor Society Spring Pictures at Evans Elementary
River Forest has always been able to bring smiles to people in our small community and our Honor Society chapter brought many smiles to Evans Elementary School. Completely student led, honor society members put together a spring picture session complete with a visit from the Easter bunny.

Another honor society member, Juliann Hinrichsen, said, “Walking through those halls again after so long made me realize how far everyone has grown and made me see from the perspective of a senior that our hard work is worth it to see those little kids smile.”

To end the day, the team took their bunny down to meet the kids during recess and then visited the special needs classroom.

Theater Arts Bringing a Modern Twist To a Classic

Theater arts is a still relatively new program at River Forest. This is only the 2nd year of it being an official fine arts credit class. Earlier this school year, the class put on a Halloween show, “Delight in a Fright Night.” The show consisted of 5 short comedic skits and musical performances from “Nightmare Before Christmas.”

This semester, choir and theater director, Lauren Erickson, put together another comedic show. This time without assistance of student teacher, Dylan Ladd, the theater arts show focuses solely on theater rather than adding in musical theater between scenes.

Friday, April 28th, the months of preparation finally came together. The show opened up with a modern twist of Shakespeare's, A Midsummer Night’s Dream, correlated into “A Midterm Eve’s Phantasm,” which stars freshman, Meztli Cerda and junior, Michael Sullivan. The show then moves to another modern show “Alice in Wonderland the Mad Tea Party,” staring sophomores, Sabre Hein and Hailey Bianco, along with Junior, Tiffany Rodriguez. 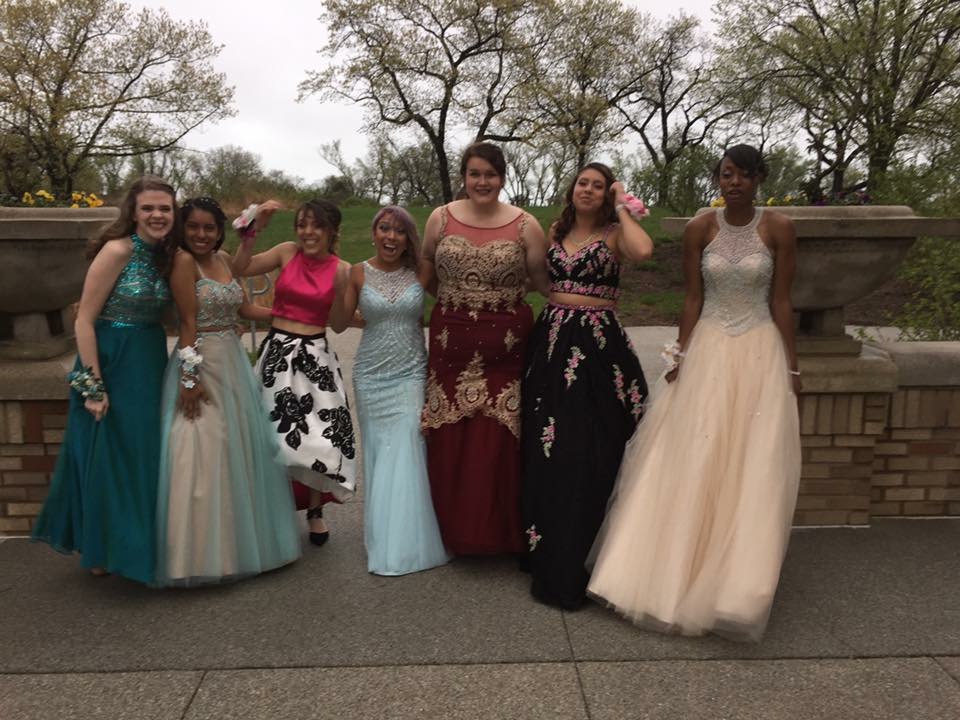 Prom Season
Just like every other school, prom season is a long-awaited time of the year. This year’s prom was help at Marquette Park on Saturday, April 29th and was planned, as always, by the junior class. The juniors established a theme of Beauty and The Beast based on the release of the Disney remake from earlier this year.

The day of prom didn’t have the best weather but that didn’t stop the grand march, as it was moved to the gym.

After the grand march all the prom goers headed over to the venue for the prom festivities. The night was pretty rainy but, of course, the weather had no effect on the fun. 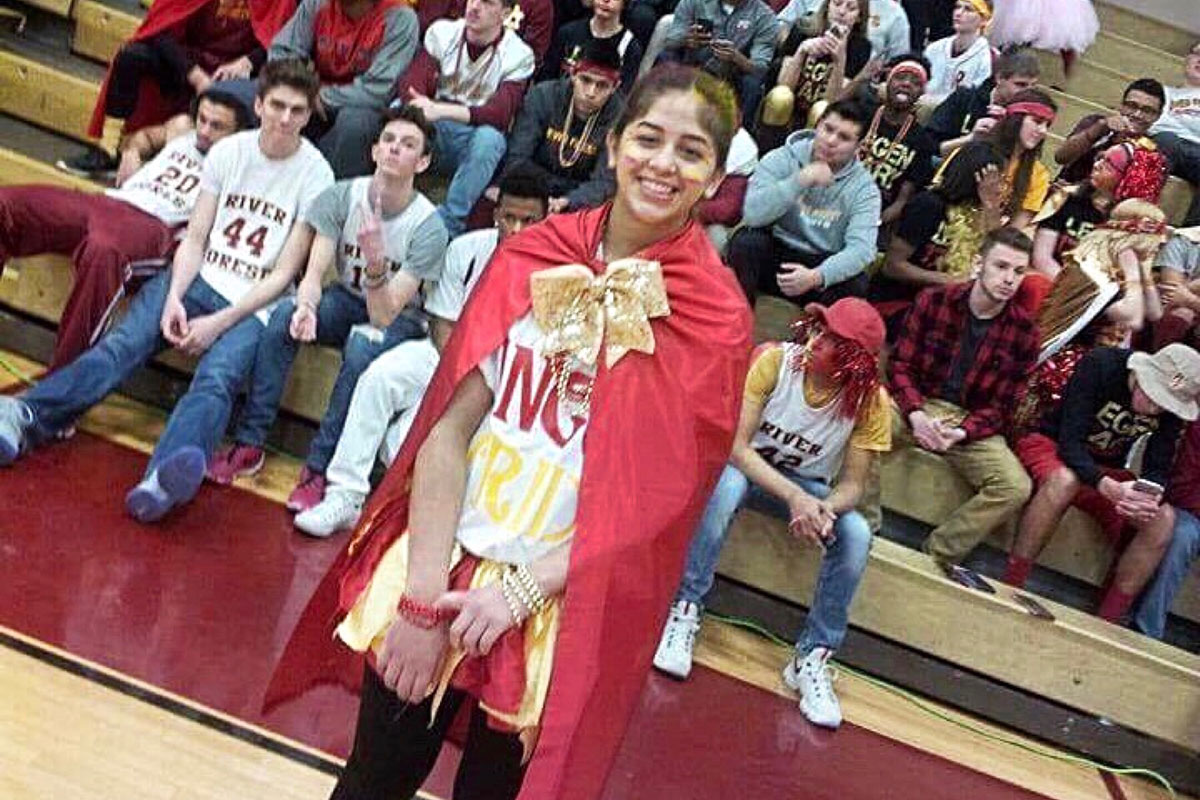 Student Shout Out
Melena Verduzco is a determined and hard-working senior at River Forest. She always has the best attitude as she deservingly earned the Cynthia Sawyer Mental Attitude award earlier this year for the 2016-2017 volleyball season.

Verduzco has been an advocate part of Ingot athletics the past 4 years. She has been participating in volleyball, cheerleading, and tennis all 4 years and has been a senior captain for all 3 teams.

“I have tried my best to do what I could for my teammates,” Verduzco said.

“Us seniors went out with a bang,” she added.

In Verduzco’s free time, she is usually on the couch with her cat, binge watching a Netflix series. She also enjoys hanging out with her friends and boyfriend, going on adventures with them and making memories. Lastly, she’ll also be at the gym in her free time.

After graduation Melena will be attending the University of Southern Indiana. She plans to get her degree in nursing and hopes to specialize in pediatric nursing.

Verduzco stated “I have high hopes for myself and will do everything I can to have successful future.”

Teacher Shout Out
Kristine Lopez is a new face at River Forest as she first came to our school at the beginning of 2nd semester and took over the position as the sophomore English teacher. She quickly became a beloved face and, for many sophomores, her class is the highlight of their school day.

Mrs. Lopez is a former teacher at Chicago public schools, which made her a perfect fit with her new students from the region. From the beginning Lopez was the perfect addition to the Ingot family.