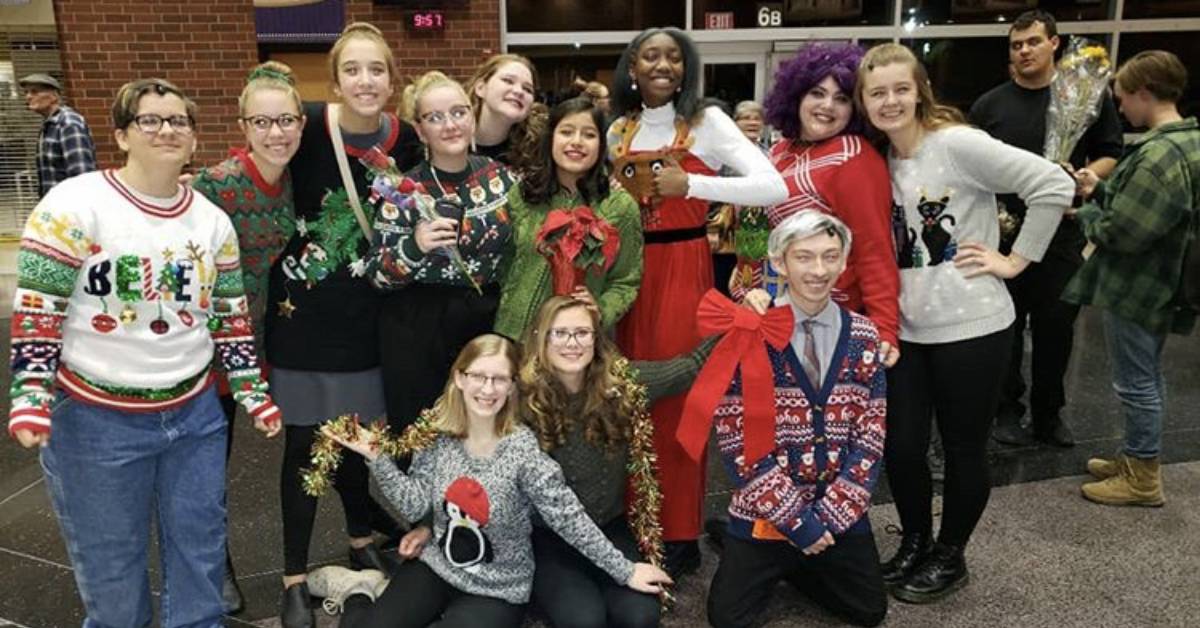 For months students and staff have been preparing for this wonderful musical with long rehearsals.

People have been very excited to see this new musical because Hobart is one of the first high schools to ever perform it, considering the show just left Broadway not too long ago.

In August, auditions were held and many people auditioned to just be a part of this amazing musical. Many were cast and the brilliant Maxx Johnson and Noelani Howland were cast as the leads, Buddy and Jovie.

Cast and crew have been working tirelessly for months to make sure that every last detail about the show is perfect.

If you haven’t see Elf the musical yet, make sure to check it out today at 7 pm in the Hobart high school Auditorium. Show tickets only cost eight dollars, which is a steal to see this wonderfully amazing show and great cast.

With this semester of school slowly coming to an end, students are eagerly awaiting Thanksgiving break to get some rest and sleep in.

Weekends are often not long enough when it comes to the ability to sleep in, so students are excited about that opportunity and to eat some very good Thanksgiving food with friends and family.

Students are very excited for Thanksgiving break for many different reasons. A good amount of the student body is going away for the break to see family and friends. Those who are staying in Hobart for the break plan on having some fun and relaxing.

Relaxing is much needed with finals coming up. A lot of students will use this time as an opportunity to study for finals and doing projects that will be assigned as well as spending time with their friends and family.

Noelani Howland is a perfect example of a star student. She has been very involved with her school for as long as she can remember.

Most recently, she has been cast in her second lead role as Jovie in Elf the Musical. Last year Noelani debuted in her first play, The Crucible. She loves being a part of theatre and is very happy that she decided to audition last year. She has made some great friends and wouldn’t change a thing.

Besides theatre, Noelani is also a singer in the group Wolfgang and has been for three years. She loves singing and hopes to be able to continue singing in her future.

Noelani is also a founder of the grief support group at Hobart high school. She loves giving back to her community and wants to help in any way she possibly can.

Noelani is a great example of a leader and can take on anything that could possibly be thrown her way. She loves her friends and family and is excited about the musical and hopes that anyone who wants to comes to see it.

When it comes to theatre directors, Cathy Nelson is not your typical one. She works harder then most people could even think possible to get a show up and running, let alone good enough for an audience to see.

Nelson has directed theatre for several years now, and although it may be very stressful at times, she doesn’t regret a single second of it. Hearing the reaction from the audience and seeing the smiles on the actors’ faces is reward enough for her. She doesn’t look for recognition when directing but does it because she loves theatre and wants students to love the art of performing as much as she does.

Besides being the director, which alone is a full-time job, she is also an English teacher at the high school as well as the yearbook teacher. To teach both classes, you really have to love your job, and she does.

Nelson is also the sponsor of the senior class and is in charge of graduation. No one knows how she manages to do all of these difficult tasks, she doesn’t even know how, but she loves every second of it and hopes her students find something they are just as passionate about.