The senior class took to the streets of Washington D.C. on the annual class trip from March 17 to 21. They departed Saturday evening on a charter bus, travelled through the night, and woke up at Mount Vernon. History buff or not, all students enjoyed the tour of George Washington’s home and the view of the Potomac. Next, the fast-paced trip took the seniors to Arlington National Cemetery. Here, Maggie Osterhout, Drew Saulsgiver, Emma Tharp, and Trenton VanVuren laid the wreath on the Tomb of the Unknown Soldier.

The next day, the class met with Representative Pete Visclosky and posed for a picture on the steps of the Capitol. The city was full of life with protesters, government workers, and tourists. Also on the agenda for the day was a visit to the Holocaust Museum. Many students were moved and became quite emotional from the vivid displays from this time in history. The group toured the monuments at night, giving them a whole new appearance and meaning. 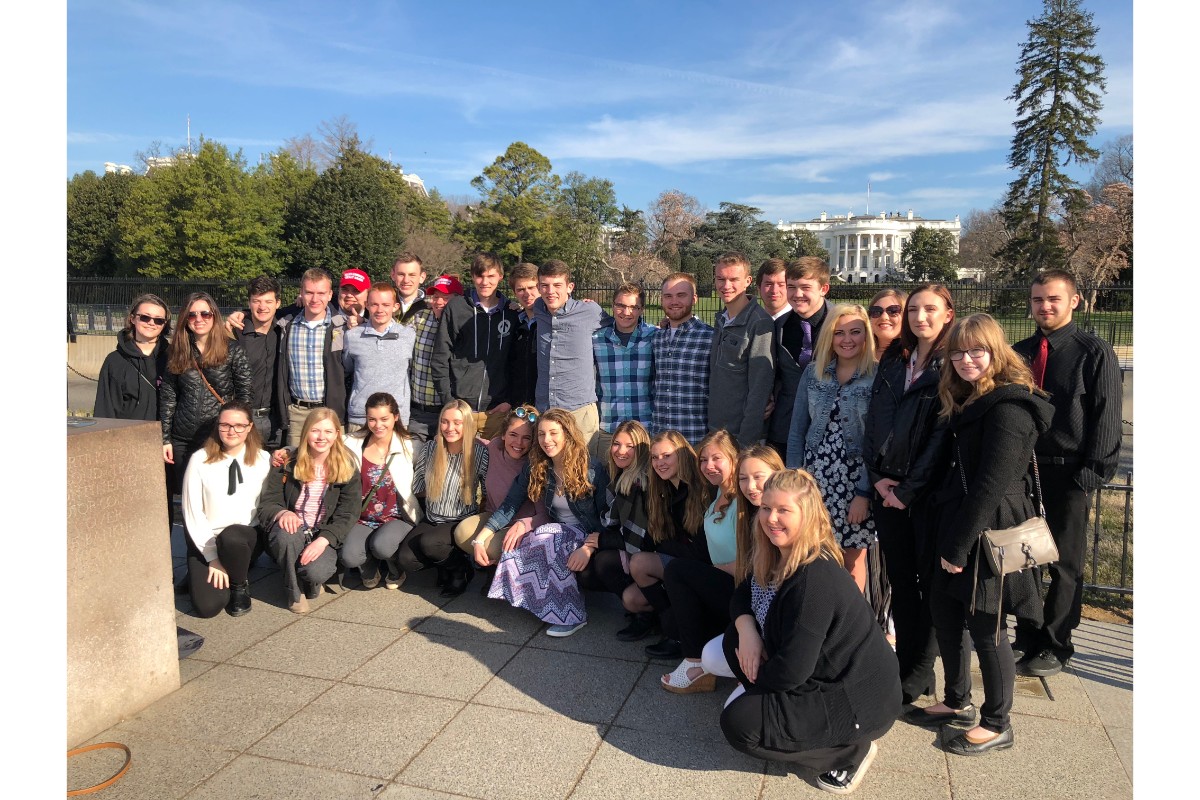 The Class of 2018 is one of the few classes to be able to tour the White House. Though they were not able to see the Oval Office, it was still a neat experience to be in the place where so many presidents have lived. The seniors then ventured to the Smithsonian Museums and the National Archives. They also watched the play “Shear Madness” in the Kennedy Center.

Although it was a lot of walking, the seniors enjoyed spending some last moments with their classmates and seeing the government in action. 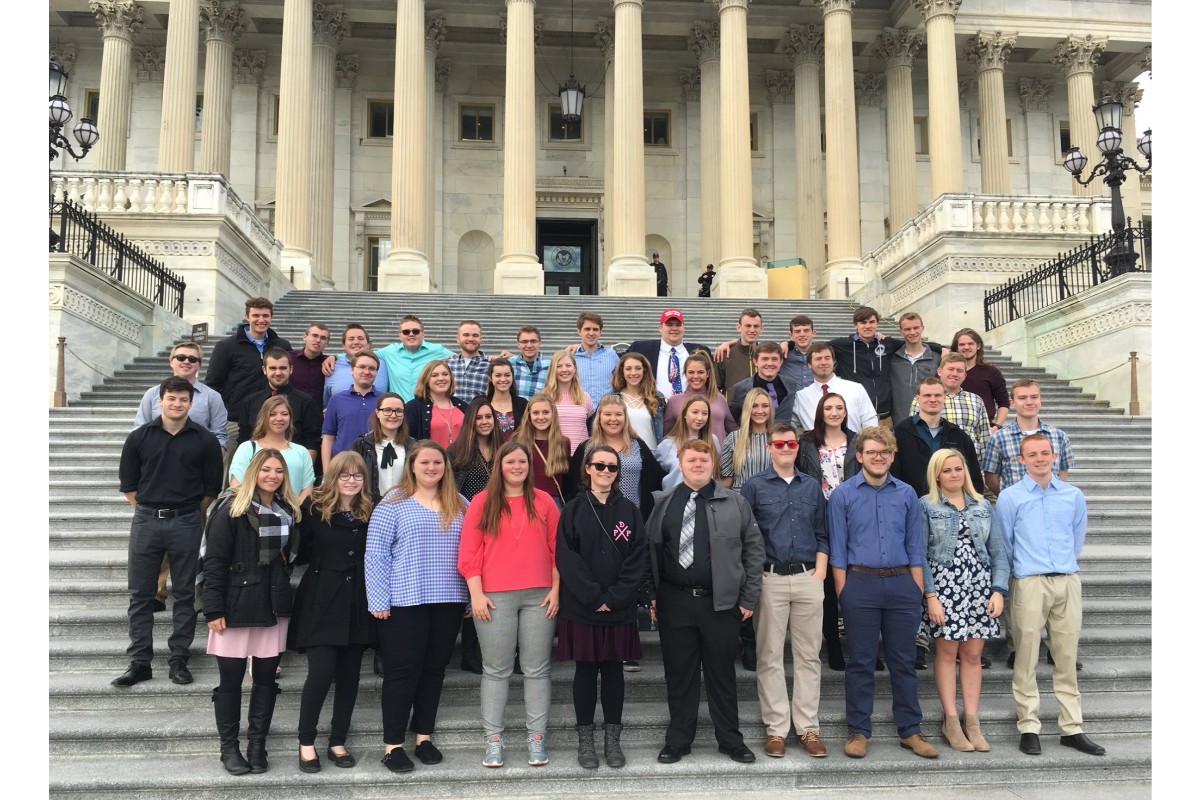 Update: The Honor Society collected a record 3,120 items for the Pleasant Township Food Pantry on March 17! 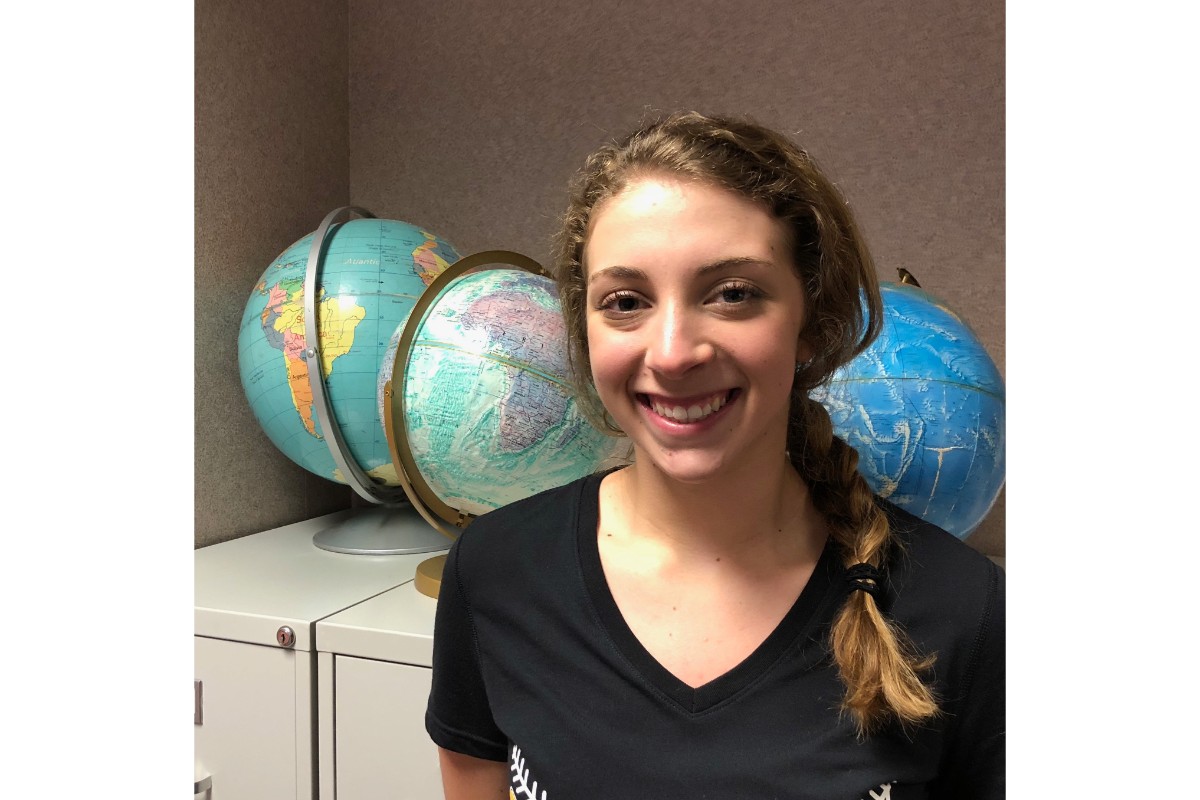 High school is a time for students to explore their interests and develop their passions. Senior Sadie Leatherman has dedicated much of her time to athletics and was recently named to the PCC All-Conference team for basketball. There are eight schools in the Porter County Conference, and each of the coaches can nominate players based on the number of conference-game wins. Ultimately, though, only twelve can earn the title of All-Conference. Earlier in the school year, Leatherman was ranked number nine for volleyball. Sports keep her busy during all of the seasons. Right now, Leatherman is a key player on the softball team.

Leatherman also shines in the classroom as a straight-A student. Sports have pushed her to develop time management skills and stop procrastinating. Leatherman is diligent about her school work and has big plans for her future. She will be attending Hesston College in Kansas on a softball scholarship for two years. She then plans to transfer to Liberty University in Virginia where she will study biology. Leatherman’s end goal is to become an optometrist and do mission work, as well.

Leatherman accredits her success in the classroom and on the court to her family and faith. Amidst practices and AP homework, she remains grounded.

Leatherman said, “If things get stressful, I know those things don’t define me. My faith does.”

She frequently plays the keyboard on the worship team at Heartland Christian Center and leads Bible study every Thursday morning.

Leatherman has the passion and drive to succeed in all her future endeavors.

Chris Bowers: Technology Behind the Scenes

Ten years ago, Mr. Chris Bowers was working as a hardware technician in the East Porter School Corporation while pursuing a technology degree from Purdue University North Central (presently Northwest). After he graduated with a Bachelors of Science in Computers and Information Systems Technology, Bowers joined the corporation full time as the Director of Technology.

Three years ago, East Porter went one-to-one, meaning every student was provided with a Chromebook. Part of Bower’s job is to ensure the smooth operation of this technology, including maintaining network infrastructure and troubleshooting issues. As technology is an ever-changing field, Bowers also works to plan future initiatives.

Bowers is always up for the challenge, whether it be fixing a frozen computer or discovering ways to make the system more efficient.

He said, “There is always something new to learn. Working in technology means committing yourself to constant change.”

It can seem as if technology is overtaking our daily lives, but Bowers said, “Technology opens up the world to our students and provides learning opportunities that would otherwise not exist. I think it’s important, however, that we do not base all of our decisions on technology itself but remain focused on what is best for student learning.”

While he’s not working on computers, Bowers enjoys hiking, serving at his church, and spending time with his family. 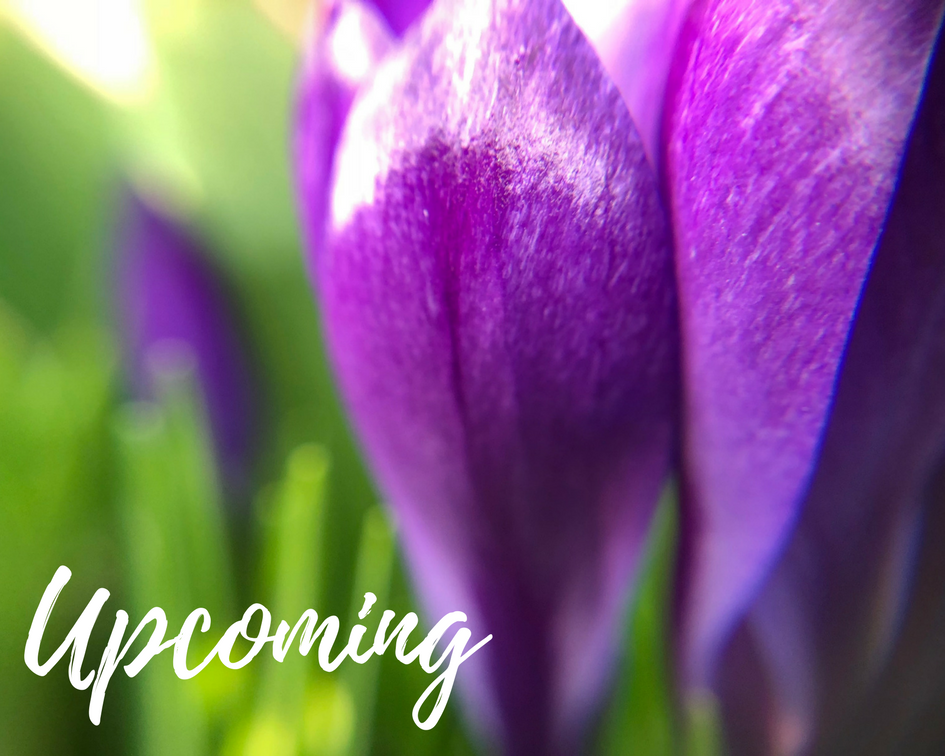 The time has come to reserve your spot at the Mother’s Day High Tea benefitting Days for Girls. The event will be held on May 12 in the high school cafeteria from 10:00 to 11:30. The high school student council plans to transform the cafeteria into a scene from a fairy tale. A short presentation about Days for Girls will be accompanied by tea and finger foods. Families are encouraged to attend together to honor the women in their lives and enjoy piano music by senior Garrett Gudeman. Reservations can be placed in the secondary office and are due by April 27.

Pricing is as follows (make checks payable to Kouts School): $5/ticket $20 for 6 $25 for 8 Children pre-K and younger will be admitted for free.

The Kouts Singers and Jazz Band will be performing at the Spring Fling on Friday, April 27. This annual event showcases the two ensembles and is sure to put the audience in the mood for spring. Admission is $5, and donations are greatly welcomed. Proceeds will be put back into the music fund.

If you’re looking to make a weekend of it, the senior play will take place on Saturday, April 27 at 7:30 and Sunday, April 28 at 2:30 in the Kouts auditorium. The play, “Check Please,” was originally scheduled for the beginning of the school year, but was rescheduled due to conflicts. It is sure to provide laughter for the whole family. Admission is $5.