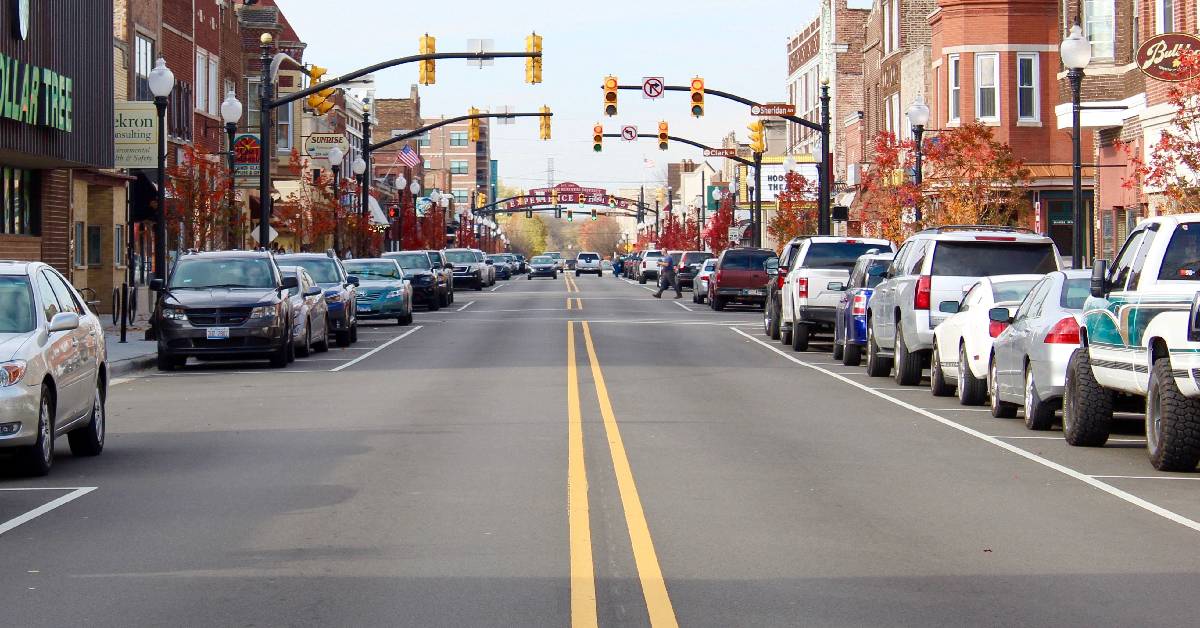 With a new crosswalk, modernized traffic loops, updated pedestrian crossings, and a repaved road on 119th Street, downtown Whiting is a great place to go for a drive, grab a bite, and get started on holiday shopping. The last big construction project on 119th street that was 27 years ago had a few leftovers, and Mayor Steve Spebar is happy the city could complete those remaining projects.

“Some businesses had vaults underneath their sidewalk, where their basement extended out underneath the sidewalk,” Spebar said. “Some of those were filled in the last 119th Street project 27 years ago, but there were about a dozen that still remained. We worked with each property to fill those in for safety reasons. Outside of one property that requested the vault stay, we were able to fill them all in, and we were pleased with that.”

The project began in March this year. Spebar was familiar with the project even before taking it over as mayor in September of this year. He was one of the city’s agents working on the project in his previous role as Whiting City Councilman.

In order to obtain the money needed to fund the project, these involved parties applied to Community Crossings and were able to secure a million dollars from the state.

The City of Whiting was not only able to put money toward larger projects like repavement and water infrastructure, but they were also able to supply new benches, garbage cans, and signage. They also updated the streetscape to enhance the curbside appeal of downtown businesses. Spebar said he has already been hearing positive feedback, and he looks forward to hearing more as residents and visitors continue to enjoy all that downtown Whiting has to offer.

“I think the overall look will help every business. I am especially excited about what the streetscape means for the eateries,” Spebar said. “We have some new high-appeal in our downtown area. Everything looks fresh and new. We’ve received a lot of compliments about the look.”

To learn more about all the great happenings in the City of Whiting, visit https://www.whitingindiana.com/.