Before stepping into his role earlier this year as CEO and President of United Way of Northwest Indiana, Adam O’Doherty was working hard to make a positive impact on lives across the county in Arizona.

O’Doherty realized he had a passion for helping others from the very beginning of his career. Starting in education, he then transferred to working with nonprofit organizations when he discovered how a child’s home environment can also affect their school life as well.

O’Doherty is no stranger to the work of United Way either, as his most recent position before moving to Indiana was the CEO of United Way of Graham and Greenlee Counties in rural Arizona.

He shared that he had five different job offers at once but ultimately decided to relocate from Arizona to Northwest Indiana because he believed in the community. With friendly community members that really cared about each other, he was confident he could lead the Region to drive positive change through his role at United Way Northwest Indiana.

In his conversation with GreatNews.Life Founder Chris Mahlmann, O’Doherty also details how he decided to carve his own path with his legacy in mind, how advocating for others is an even higher calling than standing up for oneself, and so much more. 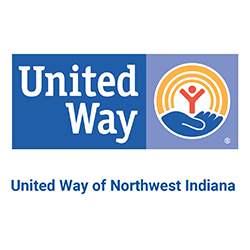