Earl Nymeyer Shares that Honesty is Key at Southlake Kia 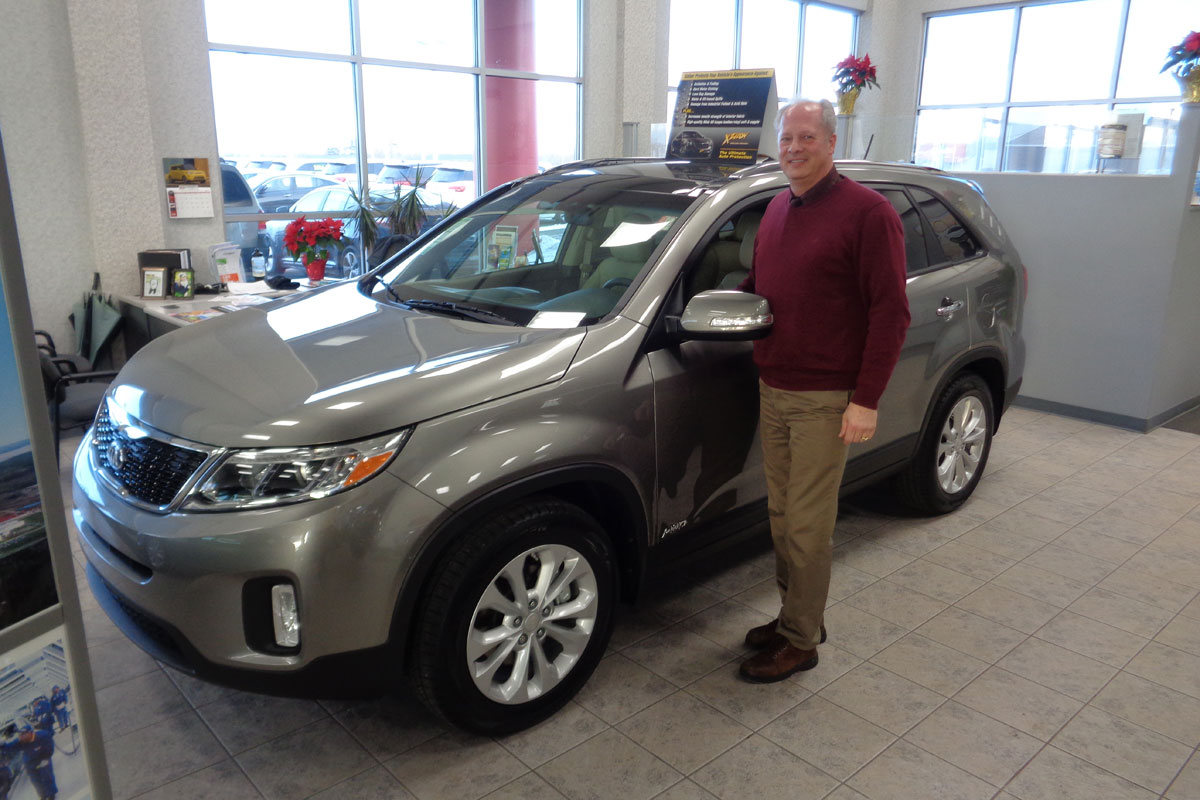 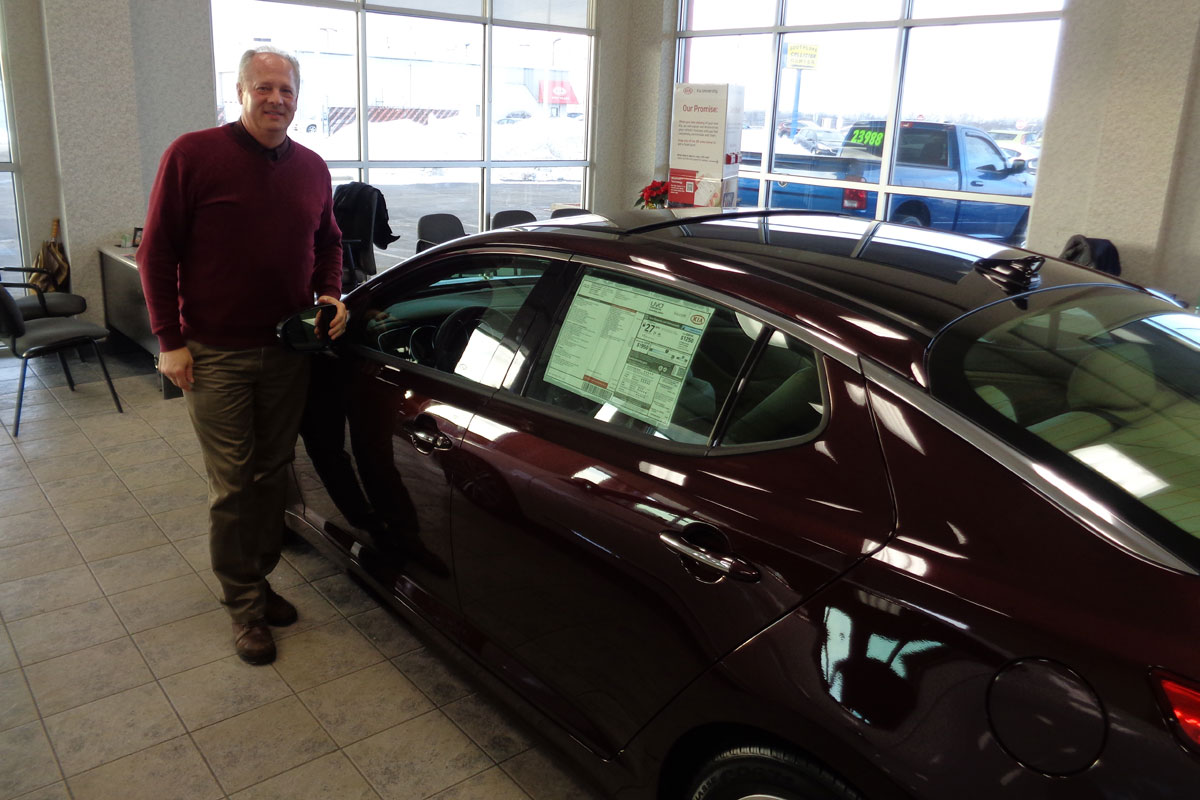 There is a “Twilight Zone” episode where a used car salesman buys a cursed car. The curse forces the salesman to tell the truth. Well, for Earl Nymeyer of Southlake Nissan & Southlake Kia, telling the truth is not a curse at all. Being honest and upfront with people is his way of doing business. Honesty and integrity have been a part of Earl’s car selling philosophy for the past 35 years.

Nymeyer credits his brother Thad for his interest in cars. Eight years older than Earl, Thad would buy old cars, work on them in the family driveway and then resell them for a profit. “I helped him when I was a teenager. We did everything from mechanical repairs to body work to paint,” Nymeyer recalls.

The business would eventually get too big for the driveway. So his brother Thad found a property in Gary and opened up a used car lot. “I worked with him for just over 14 years.” After working with his brother, Nymeyer worked at several other car dealerships before settling in at Southlake Kia & Nissan, where he has been for the past 11 years. 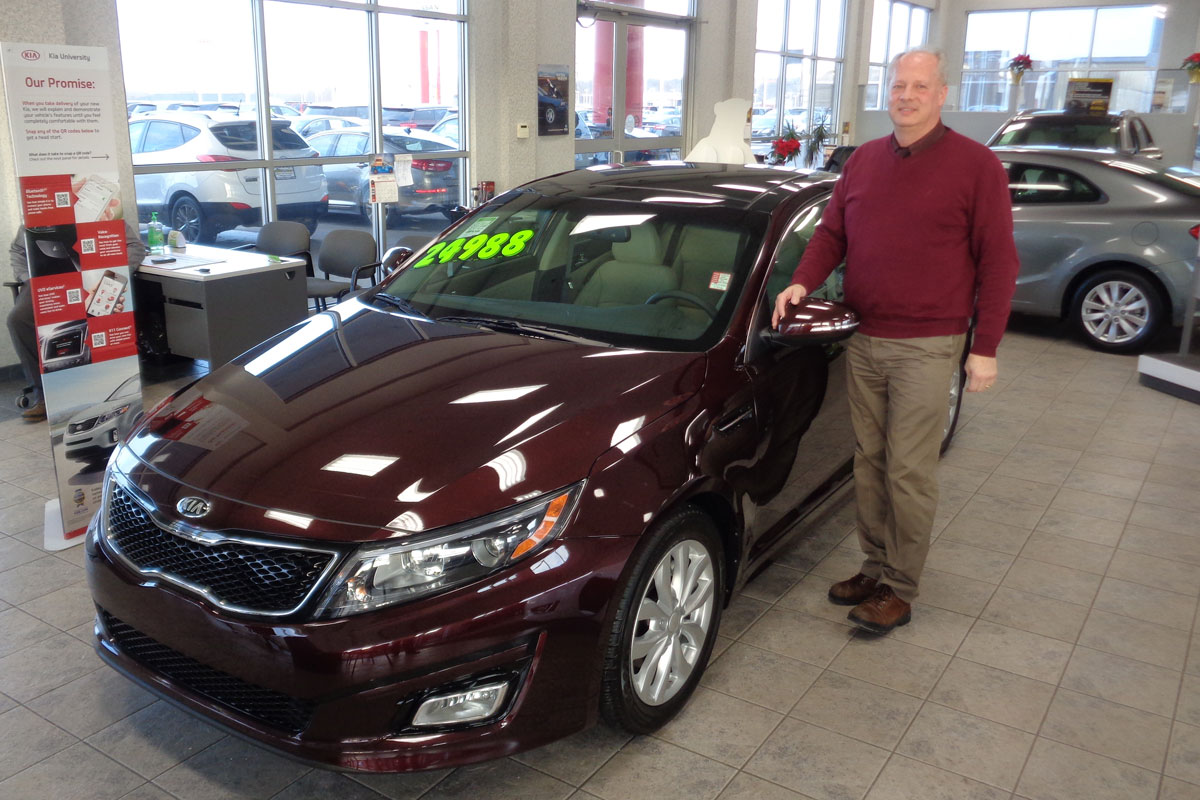 “Kia is different than other car manufacturers in that they have the best and longest warranty out there. Kia is also very big on safety. Other car companies will offer certain safety features as an option for which you pay extra. With Kia, all the safety options come standard. In fact, the Kia Sorento was voted the #2 safest car in the world!” Nymeyer says with pride. “Because of their safety record, you can actually have a newer car and pay less for auto insurance,” adds Nymeyer.

“What has changed the most in our industry over the years is the technology and the overall commitment to safety,” says Nymeyer. UVO eServices will allow a driver to download their iPod, phone or flash drive onto the car radio and then request favorite songs through voice command. Parking Minder is a phone application that helps a driver find their parked vehicle. There are also detection sensors that warn a driver when another vehicle is in their vehicle’s blind spot or will warn a driver of oncoming traffic when backing out of a parking spot.

Of course, having spent most of his life in car sales, friends, neighbors and church members all seek Nymeyer’s advice when purchasing a new car. “Honesty is the key,” says Nymeyer. “I try to get them to think ahead to what will still be a good car for them five years in the future. I think it is important they find a car that will allow them to live within or even below their means. In general, I won’t tell them to buy something or not buy something. I will present the options to them and let them come to their own logical decision.”

When not selling cars, Nymeyer is devoted to his family and church. He and his wife have a daughter studying speech pathology and a son studying to be a pastor.

"Both my wife and I were raised in Christian homes and it was important to us to provide that experience to our children. We wanted to raise them with the same standards and morals.”