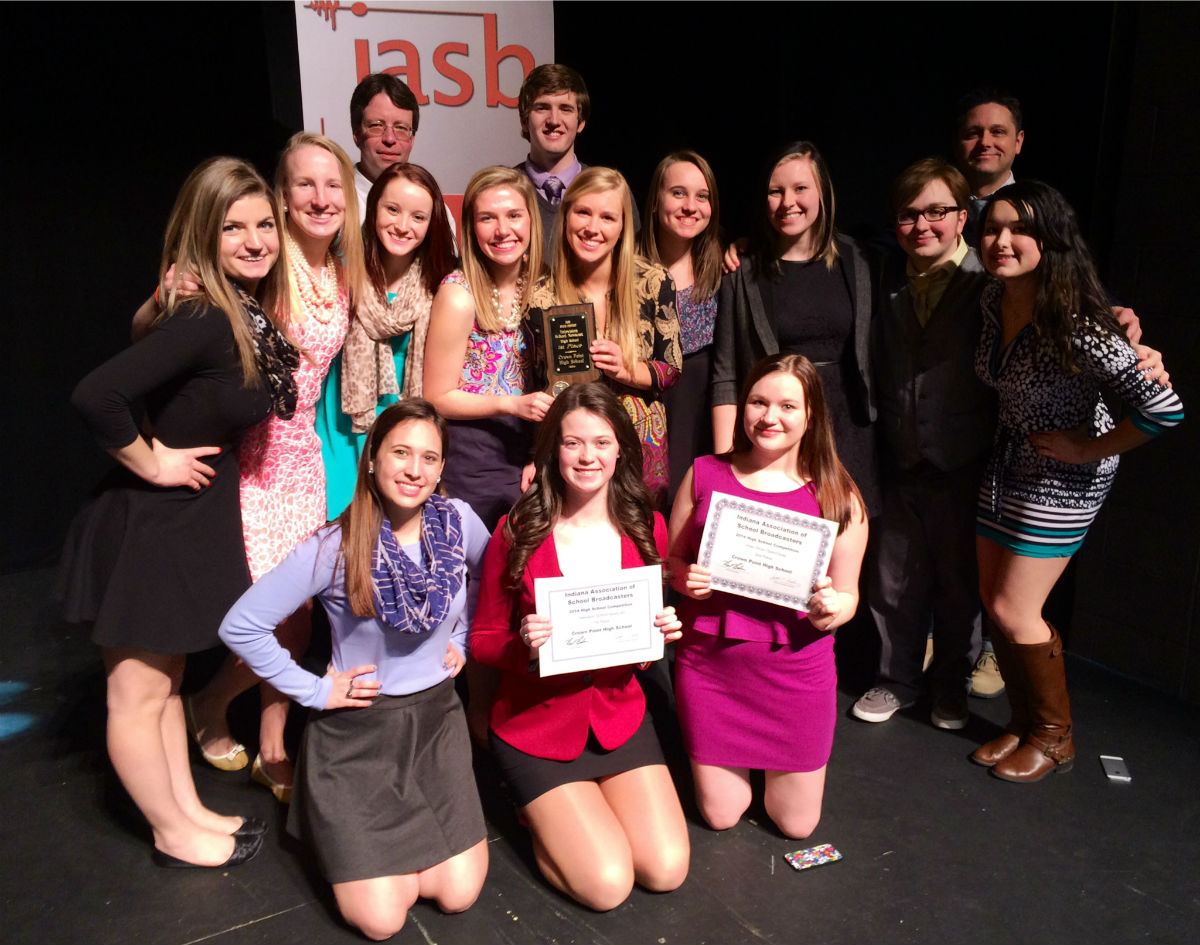 On March 10, students on staff of CPTV (Technical Communication course) traveled to the University of Indianapolis for the 2014 Indiana Association of Student Broadcasters conference and competition.

The staff submitted the January 19, 2014 episode of CPTV (which can be viewed at www.cptvmedia.com) to be considered by numerous TV broadcasting professionals from the Indianapolis market. After taking second in the state last year to Ben Davis, the staff of CPTV won the 2014 state championship for Best News Broadcast, edging out schools such as Carmel High School, Ben Davis High School, Lake Central High School, and Martinsville High School. The staff of CPTV consists of the following students: