A Northwest Indiana Life in the Spotlight: Tom Lounges 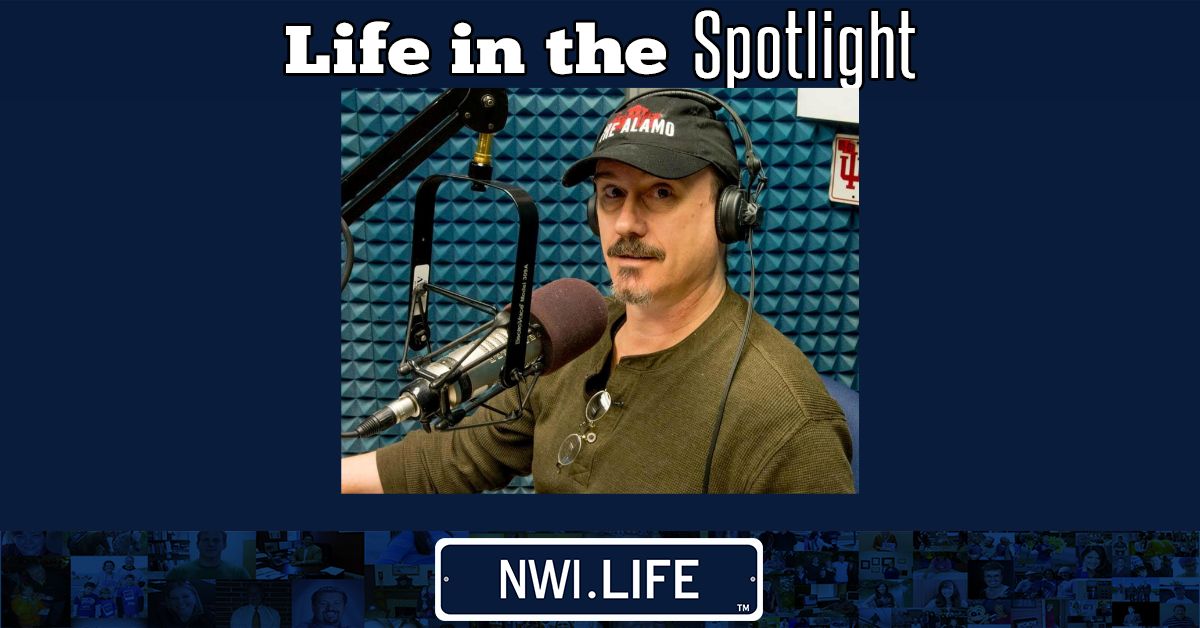 When Tom Lounges was growing up Elvis Presley had an influential impact on him. After Elvis passed away on August 16, 1977 Lounges took offense to a "letter to the editor" that was written by two brothers from Munster, Indiana. Lounges decided to write a rebuttal letter against that published article that had scorned Elvis. This rebuttal piece ended up being published in the "Northwest Indiana Times" (then called "The Hammond Times"), the same newspaper as the offensive original letter.

Since his first published piece in the Times, Lounges has continued to write for the publication for several decades; with November 2021 marking this 40th year as a columnist/feature writer for the newspaper. His work is published in the Arts & Entertainment section on Thursdays.

“Writing the Elvis piece, got me praise from my dad, because older ladies who had been fans of Elvis started calling up our house and telling my dad that he should be proud of me. Writing that article is what inspired me to start to pursue writing," said Lounges. "I went on to become the editor for "Night Rock News" (owned by Hegewisch Records), where I also learned the record retail business which has been a major part of my life all these years."

While building his name as a rock journalist, Lounges began writing for a variety of regional and national publications across the country. Among them were several national glossy magazines of the day; including "Goldmine," "Song Hits," "Scholastic Magazine," "Video Rock Stars," "Relix," "Word Up," and others. I still do some freelance writing, but mostly my stuff is published in 'The Times."

While Hegewisch Records helped get him started in print journalism, it also gave him the break he needed to get some rock radio credentials. It was where he joined the team of "Night Rock Radio" which aired overnights on WFLM/104-FM, sponsored by the record store.

Before that, his radio experience was honed on a very different kind of music. When fresh out of high school, where he studied and earned his broadcast engineer license from the FCC, Lounges knew he wanted to do something big with his life that involved music. His dream was to DJ at a rock radio station, but before that could happen, there were some "dues to pay."

He began his radio career in late 1978 as an overnight and morning music engineer for gospel radio programs airing on WLNR-106-FM in Lansing, Illinois. Lounges credits that the first job with broadening his mind about music and with helping him to accomplish the many successes that followed because he believes without that job, he would have not been able to be the music expert he is today.

“I grew up as a rock 'n' roll kid in Highland, Indiana. Working the WLNR engineering job taught me a lot about music's roots. I started to research all kinds of music and gained extensive knowledge in all sorts of music genres. Working with the preachers who hosted those shows, taught me a boat load about -- gospel, blues, jazz, and R&B. Without that job, I would not be the person I am today,” said Lounges.

Between the 1980s through the 2000s, Lounges' continued working here and there in radio, along with doing promotional work and booking for a variety of Northwest Indiana and South Side nightclubs, including Pointe East, Jubilation, Bugsy's/Players Blues, Club Dimension, and others. He stepped into the world of mobile DJ spinning in 1983 for about a decade. "It was good money, but wasn't satisfying playing the same dance songs at every gig," he said of why he stopped.

During all of this, Lounges was editing and publishing his monthly music publication, "Beat Magazine" (later known as "Midwest BEAT Magazine"). His daughter Sarah later join the staff doing celebrity interviews and worked as Midwest Beat's teen music columnist.

In the late 1980s and throughout the 1990s, Lounges worked as a freelance entertainment journalist for the many national music publications previously mentioned. He worked closely with Music Television (MTV) in its early years and he even made cameo appearances in some music videos. He also wrote the liner notes for over a dozen music anthology vinyl album collections released by Back-Trac Records (then a part of Sony Special Products) for such artists as Johnny Winter, Frankie Avalon, Fevertree, The Dixie Cups, and others.

Because of his time spent working with Back-Trac, Lounges became a member of NARAS (National Academy of Recording Arts & Sciences) and as such was able to vote in the Grammy Award category for album packaging/annotations.

After being in the journalistic spotlight for some time; Lounges gave back by doing select speaking engagements at various elementary, middle, high school, and college level students in the Northwest Indiana area, helping to teach them how to be journalists, with an emphasis on developing and honing interviewing skills.

A return to the record retail business came in the 1990s when became part of the management team of Woodmar Records in Hammond, later running his Woodmar store in Schererville, until big box stores and changing times made indie record stores have to maintain.

During the 2000s, Lounges returned full-time to radio, joining the "cluster stations" under Radio One Communications -- X-Rock, Indiana 105, Z-107.1, and WAKE-AM -- where he anchored the afternoon drive on X, along with producing/hosting a re-boot of the old "Night Rock" program that helped start his career.

In 2012, Lounges left Radio One to begin producing and hosting radio programs for the local NPR affiliate -- Lakeshore Public Radio -- and a decade later is still heard on its 89.1FM signal twice weekly with his celebrity interview program "Midwest Beat with Tom Lounges" (Tuesdays from 7-8 pm) and his "Midwest BEAT Blues" music program (Fridays from 7-9 pm). More: www.lakeshorepublicradio.org.

The "Midwest BEAT Blues" music program is also simulcast on a variety of stations via Gerard Media -- via the multi-air signals and online streaming of WIMS-AM/FM and WHFB-AM/FM -- in LaPorte County, Indiana, and Berrien County, Michigan, respectively.

Lounges also produce and co-hosts a life all vinyl records program on Sunday nights called "Needle Drop," from 6-9 pm with his Record Bin store manager, Riley Mummey (aka "Rockin' Riley). "This show is a throwback to 'personality driven' radio shows, which are sorely missing on traditional terrestrial radio these days. It's a throwback to when DJs picked all their music and you never knew what to expect. Riley brings a slightly sassy, youthful aspect to that old-school style and our listening audience loves hearing our banter.

As of today, Tom Lounges owns two record stores -- Tom Lounges Record Bin -- with locations in Hobart or Michigan City (www.tomloungesrecordbin.com), he is a board member of the Lake County Public Library Foundation and heads up fundraising events for The Humane Society of Northwest Indiana in Gary (www.humanesocietynorthwestindiana.org).

With his second company -- Tom Lounges Entertainment, LLC -- he still keeps his hand in the live music business overseeing the bookings and managing the live shows for Crown Point's "Bulldog Park Summer Concert Series," some of the live summer music events for the Highland Parks Department, a weekly acoustic music night at Montego Bay Grille in Hobart, along with producing some shows independently at Hobart Art Theater in Hobart and other venues. Shows are posted at: www.tomloungesentertainment.com.

When not working, Lounges still enjoys reading, collecting, and listening to records, and has set a goal for 2023 to spend more time camping with his wife Alice. Lounges believe being the owner of something he holds so close to his heart is a great way to continually live the life he always wanted. Being a music fanatic. He believes in the old saying -- "When you work at something you love, you aren't working."

“I’ve kept all my vinyl LPs, CDs, and memorabilia from over the many years. I view my record store as my very own little time capsule, a personal "Hard Rock" kind of place. Every wall of the Hobart store has signed artifacts, and every one of those artifacts has a story behind it. I’ve always been a record fan and a fan of listening to music, so what cooler job is there than one where you get to play records all day and talk to people about the thing you love,” Lounges concluded.