#1StudentNWI: Hobart brings the community together no matter the occasion 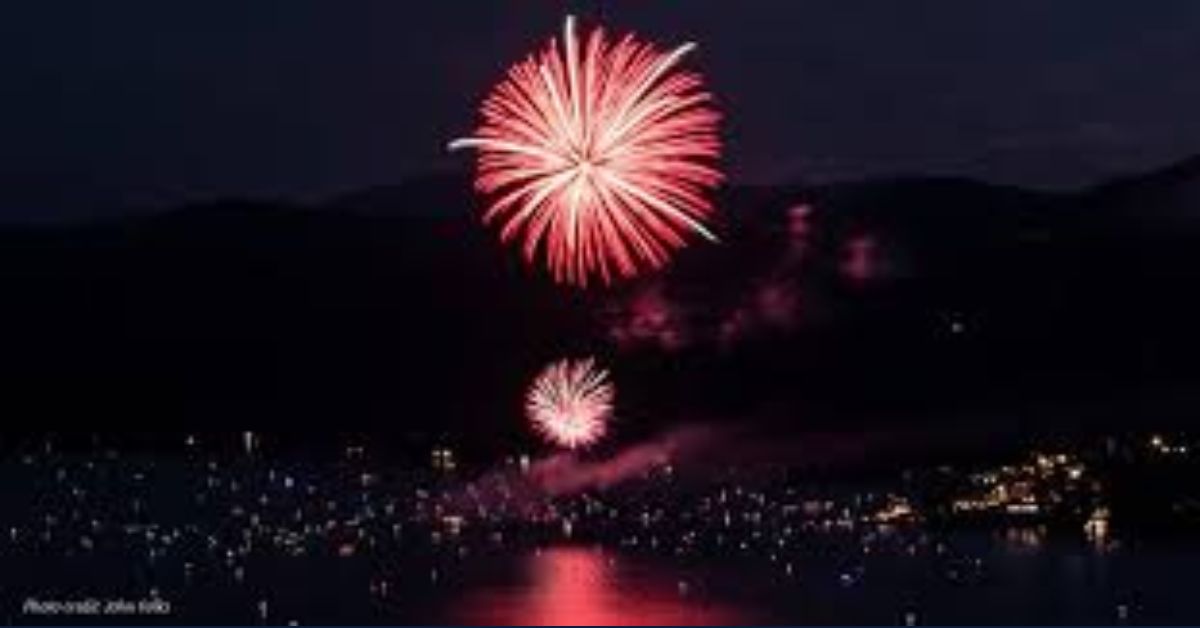 In the heart of Hobart, on the Fourth of July, at around 12 p.m. the parade started. Many different organizations and clubs participated by throwing candy and other items at people that waved them on. With all of the road closures this year, the parade took a different route, but overall was still a great success.

Although the Fourth of July did not land on a Thursday, the festival was still treated as if it was, meaning there were many vendors and activities for citizens to enjoy. The festival started at 5 p.m., then an hour later a band came to play wonderful music. The band would play their instruments and sing their hearts out until the final 30 minutes before the fireworks had begun.

Even though much of the city came down for the festival on Thursdays, nothing compares to the immense crowds that formed at the fireworks show - it had to be at least a very good portion of the city’s population.

At around 9 p.m., there was a fantastic fireworks show. The night sky was lightened as if the sun had never gone down. Many people came together as a community to celebrate this exciting holiday and enjoy the beautiful fireworks. There were so many citizens who came to the event that finding a good spot to watch the fireworks was almost impossible. Citizens would occupy their spot for the fireworks weeks before the fourth or as soon as they possibly could.

The wait for vendors stretched for incredibly long lines. A nearby gas station experienced the same fate which one point led to maximum capacity for people to come in. Once the first firework hit the sky and showed its colors, the community came together to watch and settle in.

In Hobart, there seems to be a pattern of events that bring the community together.

On July 13, the Hobart pool is hosting a community pool party for citizens to join.

The Hobart pool hosts these every summer and sometimes does a teen pool party where only teens are permitted into the pool. This gives kids a chance to hang out with their friends, or even make new ones, and make memories while being themselves. In other words, it gives kids a break from home and an opportunity to really be kids but be safe at the same time.

Another great feature of the Hobart pool is that it offers an adult swim time of 15 minutes. This allows time for adults to relax in the pool for a bit and for kids to take a break and grab a bite to eat. After swimming for so long, not only do kids get hungry, but adults do too, which is why the pool has a concession stand that offers good food at affordable prices.

Another event upcoming is the Dam Duck Tape and Cardboard Regatta. These two are a combined event that takes place at Festival Park where participants are required to construct a creative boat entirely out of cardboard and duct tape.

The event is much like the summer market festivals, whereas there are many food trucks and vendors that supply, what seems to be the whole community, with fantastic food.

This is an event that people of all ages can enjoy! The competition is quite exciting because some people take it very seriously creating especially impressive boats.

Also, keep in mind that these boats are not going to be the size of a toy. These boats will be actual boats that participants would sit in and steer.

People can apply at https://cityofhobart.org/201/Special-Events where the rules are also listed.

Even with all of these amazing events and memories Hobart makes for the citizens, some memories from Hobart come from those who have passed.

This month’s community spotlight is reserved for the cherished Steven Balash.

Balash taught many different classes for nearly 50 years as well as coaching.

Steven Balash (aka Coach Balash), has made an impact on the wrestling, football, and track teams for Hobart especially, so much so that he is named to the Indiana Football Hall of Fame and Indiana Wrestling Hall of Fame.

Many know Balash for lending a helping hand to his students and players and encouraging them to do their best with no hesitation.

Not only would he be there for his students and players, but he would also be there for anyone and step up to the plate on many different occasions.

The most impressive moment would be when the Hobart High School Wrestling team needed an assistant coach, Balash took the spot even though he had never wrestled before.

While coach Balash was the assistant coach, the wrestling team did extremely well and continues to do so.

Citizens of Hobart would like to consider Balash to be a true Brickie.

Balash passed away on February 2, 2022, but his memory still lives on.

“Once a Brickie, always a Brickie," he always said.