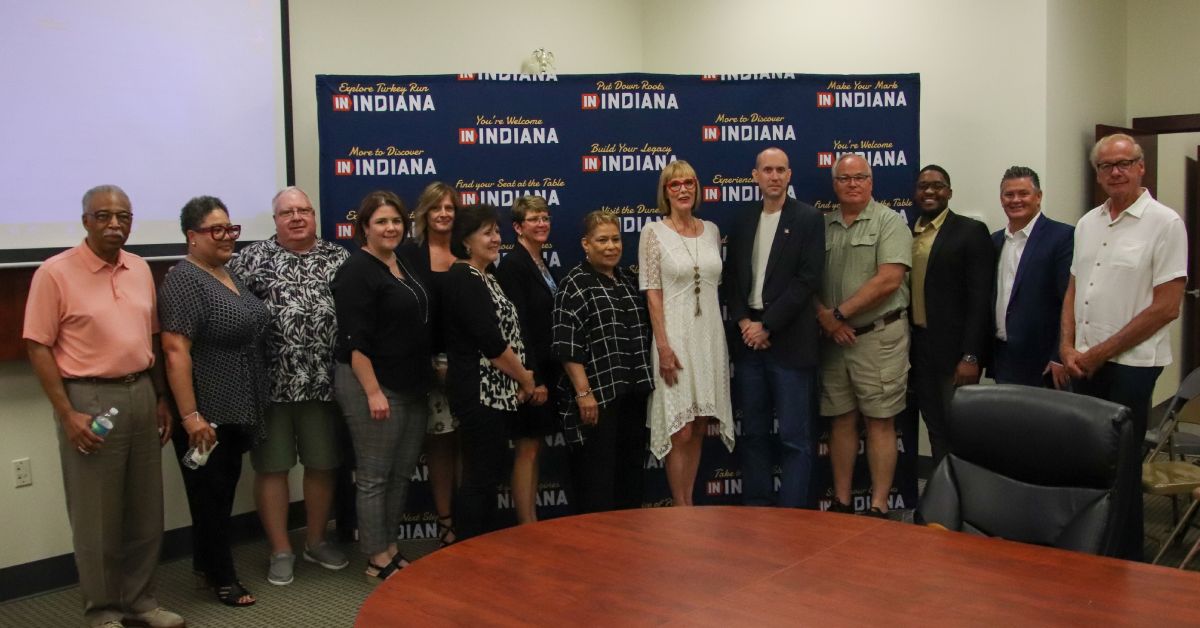 Prologue: How IN INDIANA came to be

Indiana Lieutenant Governor Suzanne Crouch, a big supporter of state tourism, has been working to promote the campaign across Indiana. On Thursday, June 16, Crouch had her sights set on Michigan City when she chose the La Porte County Convention and Visitors Bureau as the location for the northern launch of the IN INDIANA campaign.

Both the option to have Crouch attend, and the announcement itself all happened roughly within a quick 24 hours. Jack Arnett, CEO of the La Porte County Commission, noted that his office had already established close connections with the Lt. Governor’s office down state in Indianapolis, which he said helped with such a quick turnaround to make this all possible.

“We're happy to be chosen as the Northern announcement location,” said Arnett. “They chose us. We work very closely with state tourism with the Lieutenant Governor's office, and she's been an upfront leader for tourism throughout the state. So, it doesn't surprise me that she would ask our office to do this, and we're happy to have her.”

Other government officials including Representative Jim Pressel and Senator Mike Bohacek were also in attendance to offer their support for the launch. The involvement of many local and state politicians on both sides has been a huge help in getting the campaign off the ground.

“The fact that she chose us to roll that out is a big deal for us, and with the support we get from Representative Pressel and Senator Bohacek, that makes all this work well, that's what ties it all in together,” Arnett said.

Chapter 2: IN INDIANA aims to include all Hoosiers across the state

Around 2019, Crouch explained that the Indiana General Assembly created the Indiana Destination Development Corporation in hopes to bring more visitors and tourism to Indiana. With only a 1.7% share in the national travel market at the time, they wanted others to realize just how great of a place Indiana is to be, and from there got to work on marketing plans for the state.

“As you all know it all starts with a visit, right?” Crouch said. “Once we get visitors here, we have a better opportunity to turn them into Hoosiers. And so, they created the Indiana Destination Development Corporation, which has embarked on over a year's effort to determine how we tell the authentic story of Indiana because Indiana is a great state, and those of us that travel a lot understand how great it is.”

Indiana’s story can be seen within the many infrastructures, monuments, parks, as well as through the numerous cities and towns and the individuals that live within them. Crouch noted a few of her favorites include the universities such as Purdue and Notre Dame, the Dunes National Lakeshore Park, the Indy 500, and many, many more. Particular to Michigan City includes the Friendship Gardens and Blue Chip Casino as well.

As only one of five states whose abbreviation spells out an actual word (IN), the campaign had almost perfectly written itself. While simple, it does the trick to highlight both the inclusivity and individualism that Indiana is all about.

“So why not use that to demonstrate our state, but to also talk about Indiana and be an indicator,” Crouch said. “Everyone here in this room can use that IN INDIANA identifier and tell your own story. The possibilities are absolutely endless. As I said it's so simple, but it is so inclusive and so powerful and allows each of us to tell what we want people to know about Indiana.”

Many are already very pleased with the layout of the campaign and are excited for it to fully take off. For those in La Porte County, in particular, it’s an opportunity to showcase to others that it’s much more than a plain rural landscape in the Midwest.

“It'll remind us that we are in Indiana,” said Maggie Spartz, president of the Unity Foundation of La Porte County. “Sometimes you think ‘I'm just in La Porte’ or ‘I'm just in my small town,’ and you forget that you're part of this bigger, amazing infrastructure. This network, this state, and I can see a lot of groups or individuals saying the tag and taking the IN INDIANA thing and adding their little gold lettering on what they're doing. It'll give us all something to come together.”

Epilogue: Where to learn more about what’s IN INDIANA

To learn more about the IN INDIANA campaign and the many tourist attractions across the state, visit visitindiana.com. For those wanting to explore La Porte County in particular, Visit Michigan City La Porte is the place to go, which can be found at michigancitylaporte.com.