A Northwest Indiana Life in the Spotlight: Daniel Asher 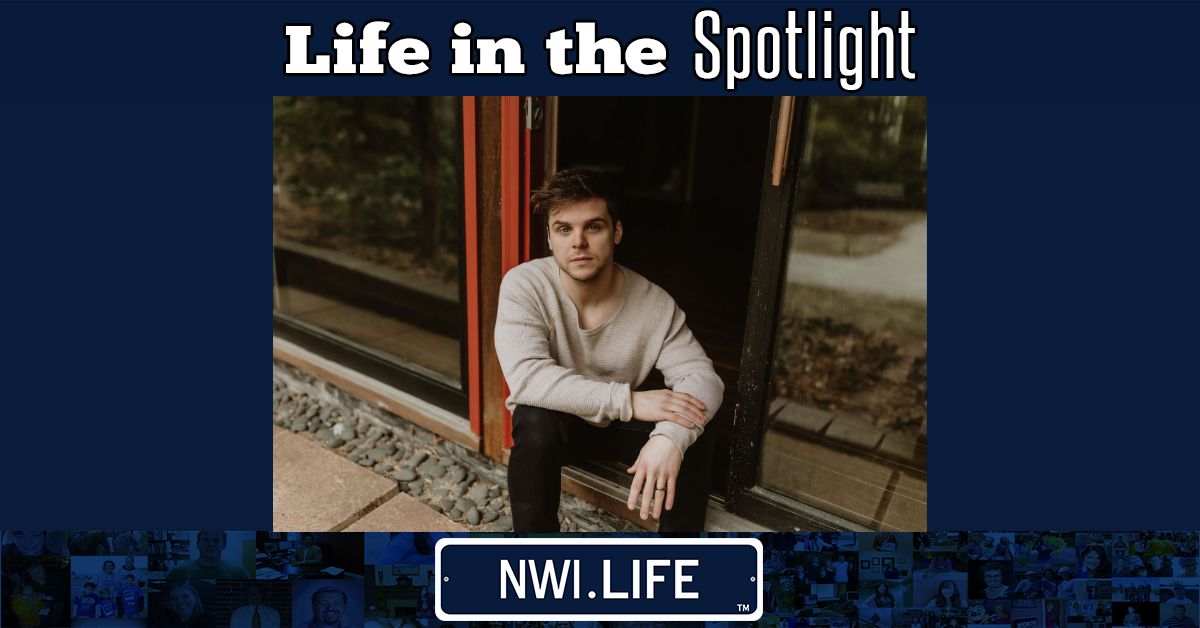 Music has been an outlet for Daniel Asher since he was a little boy. Asher got his first instrument when he was five. It was a run-down drum kit from a garage sale, but no matter its wear and tear, Asher still loved it just as much as he would with a new drum kit.

Throughout high school, Asher was in four different bands and after spending so much time playing drums he also taught himself to play guitar at 14. From there he started to write his own music and perform his own music. Along with playing in a band and performing his solo music, Asher also plays in his church’s worship group.

When writing music, Asher wants to make sure to start conversations not only about God but about life lessons.

“The music I make is much more story-driven. It's not corporate worship. But it leads into conversations and experiences with people that would just never be open to either attending our church or listening to century worship,” said Asher.

Asher finds a lot of inspiration for his songwriting comes from American songwriter, John Mark McMillan.

“When I go see him in concert people are drinking and there are people who are unchurched that are there. But then, when I'm at church, we are singing songs that he's written. He was a huge influence in that regard as being in the church outside the walls of the church and using music as an avenue to preach truth,” said Asher.

Asher has spent a lot of time writing many songs, and he is able to draw his inspiration for songwriting from many different areas of his life.

“I try to treat writing songs like any other job. If you don't show up, then nothing gets done. One of my biggest influences says how the best songs are written, they're rewritten, and you have to write 100 terrible songs before you write a good one, so just write and write and write," said Asher. "The best writers write when they're not inspired. I've tried taking that approach where usually I try to write my project as well. So like for my music I haven't written in months and I'm just now getting back into it."

Outside of creating music, Asher has many other interests as well. One thing Asher enjoys doing is watching shows on tattoos, Asher also has tattoos of his own.

“My right sleeve is a painting by Pompeyo batani of the prodigal son. I went to Atlanta so I could get a tattoo by one of the best tattoo artists in the world. His name's Tony van Sia. That one was like 3000 and it was really big, it was like basically getting consulted for surgery. It was the most expensive and probably the last of that price. I have some other ones that I wish I spent a lot of money on that aren't the best,” said Asher.