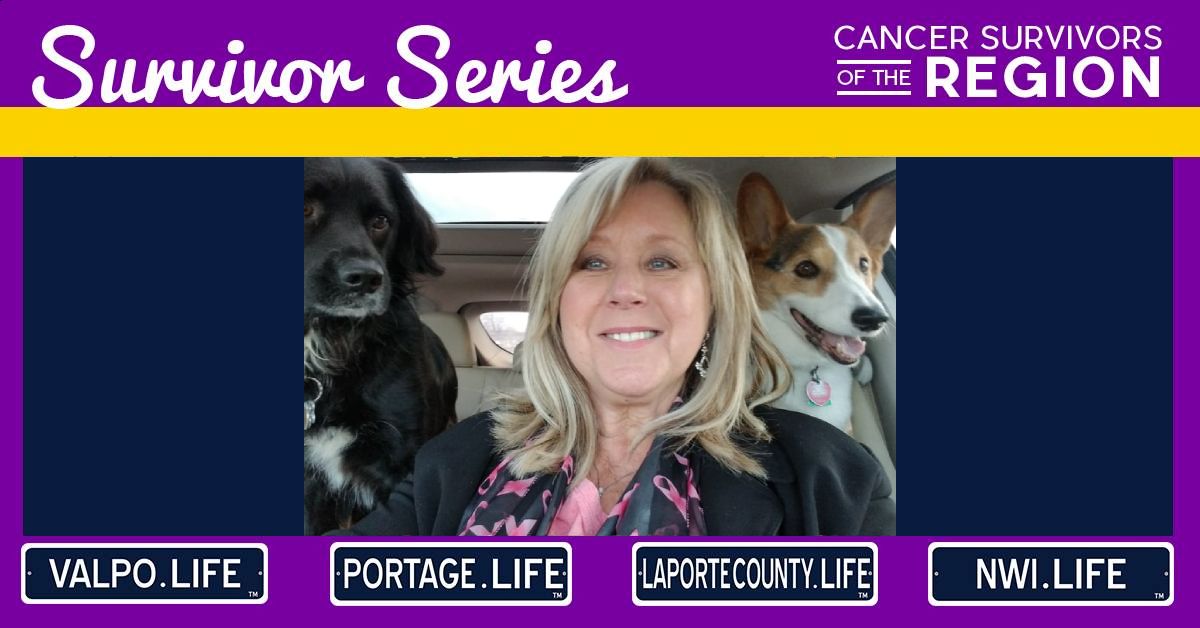 The last year and a half has been challenging at times for everyone, but especially so for Deborah Frahm. When Frahm learned that she tested positive for COVID-19, she was able to take a few weeks off from her job that she had just started about six months prior. She later returned to work when she recovered and was no longer showing symptoms, and she felt like things might be getting back to normal.

Then on May 1, 2020, Frahm visited the doctor for her annual mammogram. A few days later, she was given the unsettling news that she had bilateral breast cancer.

With an onward and upward attitude, Frahm was optimistic, trusting that her doctors would do what needed to be done to get her through recovery. They were able to get her surgery scheduled rather quickly. Unfortunately, her surgery date then became postponed when she continued to test positive for COVID-19.

“To make a long story short, I stayed COVID positive until late August and could not have surgery,” Frahm said. “So here I was with cancer in both breasts, and I can’t get rid of it. And on top of that, every time I went in for a test, they put me on another quarantine. So basically, I spent half of my year under quarantine.”

Frahm kept on keeping on, going to work, and doing what she needed to do. She doesn’t consider herself someone who quits when the going gets tough.

Finally, after eight positive COVID-19 tests, Frahm’s ninth came back negative, and she was able to schedule her surgery. She had her surgery to remove the lymph nodes on September 17.

This was a turning point for Frahm, considering what she had been through. Her youngest son married right before her first surgery, and she was able to fully enjoy the moment because she knew her recovery was just around the corner, finally.

One week later at her first post-op checkup, her doctor informed Frahm that she had more cancer in her left breast. Thankfully, though, she still tested negative for COVID-19 and her leave had just started. This meant some relief for Frahm as they scheduled her second surgery for October 1.

With the cancerous lymph nodes removed at the second surgery, Frahm started back to work in November. Her cuts and scars were so substantial that she wasn’t able to start her radiation therapy until the following January.

Dealing with COVID-19 as well as the unmentioned shingles on top of breast cancer created many complications for her.

Speaking about what held her together during the darkest times, Frahm spoke of her family.

“I had my sons, and I've got two little grand twins, but I couldn't see anybody. I was considered contagious,” said Frahm.

Fortunately, she was a fantastic advocate for herself and sought help from a therapist to guide her through processing those feelings and anxiety that resulted from everything she went through.

Getting out of the house with her two lovable and adorable dogs, Tux and Hemi, was the highlight of her social life. She felt like that was the one thing she could spend time doing that wouldn’t put anyone at risk.

Additionally, she held her ‘keep going and do what needs done’ attitude by knowing that she also found inspiration from two women very close to her.

“My mother went to all of my initial visits. She, too, had breast cancer years ago, and she was my reminder that life goes on. I found strength in her and a good friend of mine, Nicole, who was a very young wife and momma to three children when she battled,” Frahm said.

She also found comfort from others who showed support by sending her cards and well wishes. One gift that really stood out to her was a peregrine medal which led her to research its meaning. St. Peregrine is the patron saint for those who suffer from cancer.

Now, one year cancer-free, Frahm finds peace in purchasing items from people who make breast cancer awareness accessories like the St. Peregrine medal she received. She enjoys giving them to strangers who may find comfort in knowing there are people like her praying for their recovery.

As a survivor herself of bilateral breast cancer, COVID-19, and so much more, Frahm reminds others that life can go on.