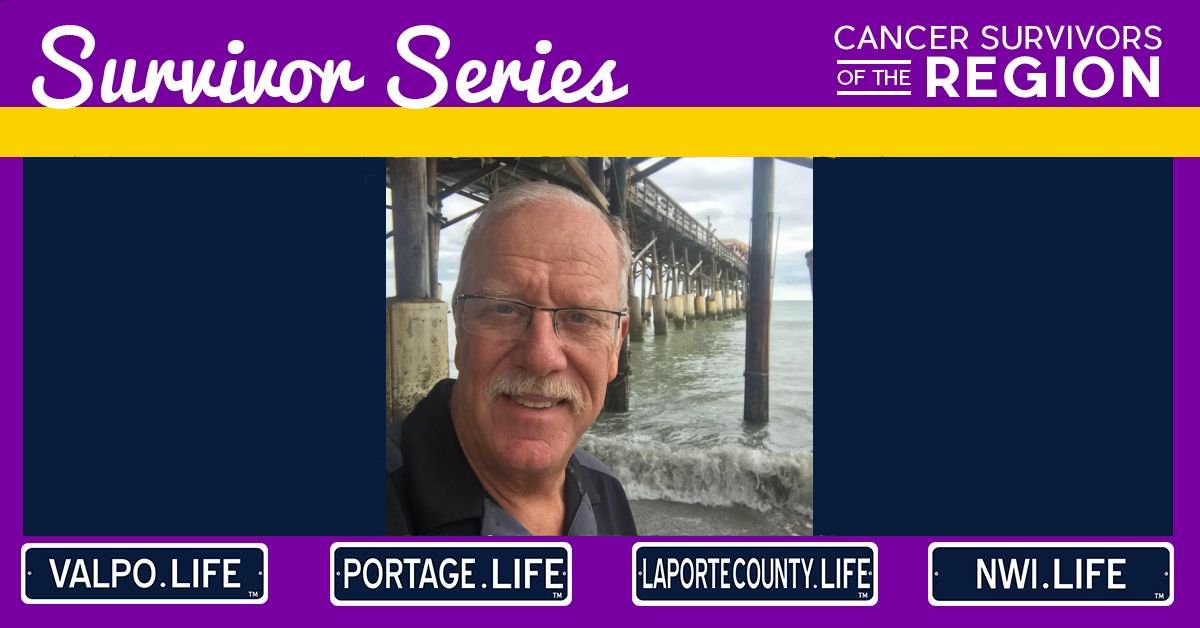 In 2019, Rick Gosser received a diagnosis that changed his entire perspective on life.

Gosser decided to visit the doctor that year when he noticed a mark that just wouldn’t heal.

In February of 2020, a biopsy revealed that Gosser had skin cancer about the size of a quarter on his left shoulder.

Despite the situation, Gosser was relieved to have a diagnosis since it answered a question that was constantly gnawing at him.

“I was just glad it was a diagnosis, instead of just saying it was an open sore all the time, because it was more annoying than anything that nothing didn’t want to work,” he said.

Upon his diagnosis, Gosser was given two options: he could either start receiving shots to treat cancer, or he could have surgery. He chose the latter and had the procedure in April of 2020 where they took cancer out, which left him with nine stitches in his shoulder

Gosser’s love for life and adventure was what helped keep him strong over the past couple of years. He enjoys being active and can normally be found swimming, biking, or walking outside in his free time.

“The motivation of myself and just going on about life and not stopping and doing things that I've always done kept me going,” he said.

Gosser said he struggled a bit after his surgery because in order to heal, he couldn’t do any heavy lifting for 60 days after the procedure. He found it hard to just relax since he enjoys being outside.

“I just continued to walk and do different things other than lifting weights and bicycling and couldn't really do anything with my arms to prevent anything from ripping out,” he said.

When Gosser spoke with a dermatologist, he was surprised to learn that more than an overexposure to ultraviolet (UV) rays can cause cancer.

“When you talk to a dermatologist they say that’s just a fallacy; skin cancer is really not caused by the sun and spending time in a tanning bed 100% of the time. It has to do with what you eat, the toxins that you eat. I said ‘well, can you explain that?’ She said ‘no, not really, because I'm not sure what you eat and there’s the possibility that everything you put in your mouth could’ve caused cancer. There was no one specific thing that said, oh, if you drink coffee every day, maybe that caused your cancer,’” he said

However, Gosser still spent a lot of time in a tanning bed, which he knows contributed to the diagnosis.

“I used to do a lot of laying in a tanning bed. When I was planning on going to Florida, I was in the tanning bed 30 days prior to that because I have blonde hair and I didn't want to look up lobster on the first day in Florida. So my plan was to get a little color before I went into the sun for a week,” he said.

Overall, Gosser thinks it was multiple things that led to his diagnosis.

Gosser said tanning beds aren’t worth the risk of a quick tan.

“If I was to recommend something to somebody, I’d say don't lay in a tanning bed because it’s not good for you. You hear so many stories and read so many things about people that spend a lot of time in tanning beds and then you're getting sick and that's attributed to that,” he said.

Using sunscreen, instead, is a much safer route to take.

“It’s probably a lot easier just to go out, put some sunscreen on and get a tan. Sunscreen is in my back pocket; wherever I go, I'm not afraid to use it. Some people go out in the sun and say ‘I don't need sunscreen.’ I'm like, ‘dude, put it on, just put it on.’ It's not going to hurt you to put it on. It's going to prevent you from something 20 years down the road,” he said.

Gosser is also a huge advocate of getting checkups often, no matter your age.

Gosser recommends it no matter how you feel.

“Feeling good or feeling bad. It's just good preventative maintenance for everyone,” he said.

Gosser stays true to his own word as well. Every six months he goes in for checkups and skin scans to make sure all is good. Now he is cancer-free, and he plans to keep it that way for years to come.

The main message Gosser wants to stress is how important it is to take care of yourself at any age.

“Take care of your body, because it’s the only one we have.”