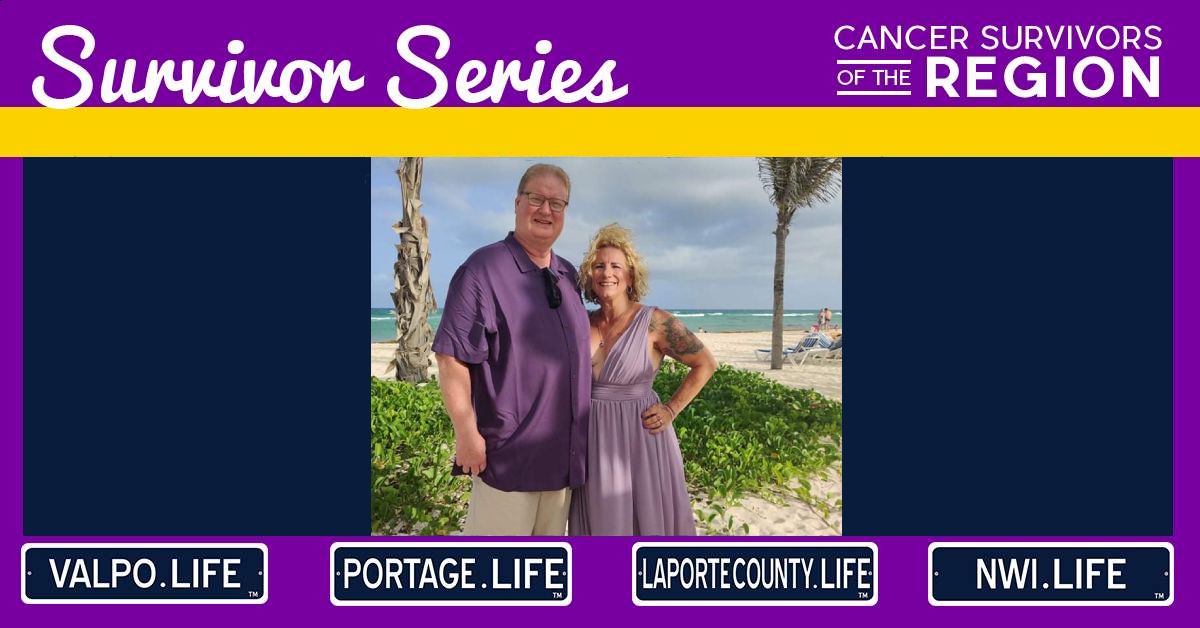 After performing a self-breast exam, Mary Wright noticed a lump in her right breast. In 2011, she noticed that it had gotten bigger, so she decided to visit a nurse practitioner to figure out just what was going on with her body. The nurse practitioner said she was positive after feeling her breast, but Wright was not convinced.

Wright persisted, and the nurse practitioner sent her for a diagnostic mammogram at a women’s diagnostic clinic in Munster where she had a breast exam and an ultrasound. The doctor Wright had for her ultrasound said it looked speckled and assured her that 80% of the time, this meant nothing, but that she would do a biopsy to make sure. Finally, with this last test, she received an answer—it was breast cancer.

“I always tell everyone; you have to be your own advocate with doctors. They can’t be 100% sure of everything, especially if they aren’t doing any testing,” Wright said.

With this diagnosis she received in September 2011, she had an MRI to determine if there were any additional tumors in her breast. This MRI recognized not one but five tumors, so Wright was no longer a candidate for a lumpectomy and needed a mastectomy. Since she had a 50% chance of getting cancer in her left breast, Wright made the decision to get a double mastectomy for her health and peace of mind and went through chemotherapy.

She was then put on a medication called Tamoxifen, which can cause uterine cancer as a side effect. Unfortunately, Wright became part of the small percentage of women who experience this side effect in the fall of 2013.

“In December, I went through my radical hysterectomy right around Christmas time. I was fortunate, though, that I didn’t have to do chemotherapy again because it was caught very early and all contained,” she said.

As she was going through treatment, Wright began to research exercising, nutrition, and other areas of health and wellness. Cancer, for her, was a wake-up call to taking care of herself and her body. She was on her second marriage, had six children, and wanted to stick around long enough to meet her future grandchildren. Being there for her family fueled her desire to improve her health.

She began working out one to two days a week and hired a personal trainer to help her build up her endurance.

“Now, I work out five to seven days a week. I do powerlifting, and I do all kinds of stuff that I never in my life thought I would ever do,” Wright said. “It’s kept me strong, and I have better mobility. I believe everything thing that I read; your nutrition and your exercising keeps you young and adds life to your life.”

Wright said she has grown to love working out and the people she knows through the small gym she belongs to. Over the years, she has heard from younger gym members that they want to be just like her.

“I’m like, ‘Why would they want to be like me when they get older?’ Then I realized in talking with my colleagues, you know, I’m older—I’m 60 this year—and I’m setting a positive example for all of the young people, especially women. I like to focus mostly on women, I admit I’m a feminist, but I’m setting a positive example for my children that working out will adds so many benefits to your life. It helps you grow and be stronger and be happy because it does help with mental health and stress levels, too.”

Learning that she was a positive influence on young people when she was part of a group that was asked if they were interested in coaching at the gym, she decided that opportunity was one worth taking. Wright works full-time as Vice President Treasury Management Sales Manager at Horizon Bank, but as she is moving into her 60s, she said she knows that means retirement is drawing closer.  

“I studied for the Certified Personal Trainer credential so that I can be certified and work with my coach at Revolution Fitness,” she said. “I wanted to show everyone that it doesn’t matter how old you are; you can still do all of these things that you did at 20 or 25 or 30. If you make excuses, you won’t do it. I think I can add value to those who are just learning and encourage them to continues so that they don’t give up right away.”

Over the last 10 years, she has learned more about fitness, and this past March, she received her official certification. Assisting others at Revolution Fitness is not the only way she stays fit, however. In 2012, she did the Susan G. Komen 60-mile walk and raised $10,000 for breast cancer research. She said she did that event in honor of her mother who died of breast cancer.

She has continued ways to stay active and raise money for breast cancer research since then. She recently raised $420 through a burpees challenge at Revolution Fitness.

Over the past decade, Wright moved from gym novice to gym nut. Not only has she become a coach at Revolution Fitness and found ways to raise money for breast cancer research, but she has also entered into the competition realm. She has participated in 5Ks and competitions involving CrossFit, powerlifting, bench pressing, squats, and deadlifts. She has also participated in the Festivus Games.

“I think the very first time I did Festivus was with a female team and my partner, Vicki, who still works out with me at the gym, and we’re the same age,” she said. “The very first time that we competed together was probably the scariest, most satisfying competition I have ever done.”

To face a physical challenge, whether it is breast cancer treatment or a powerlifting challenge, Wright has learned that staying healthy takes self-advocacy and self-discipline. Wright would encourage those who have recently received a cancer diagnosis to do their homework with their medical team to make sure they are comfortable with all the team tells them.

“You have to be your own advocate,” she said. “That nurse practitioner told me she was sure I had nothing, but because I insisted and went further, I found my correct diagnosis. If I hadn’t done that, I may not be here today, so be an advocate with the medical team. You have and be sure that you’re getting all your questions answered. If you’re not comfortable, go somewhere else.”

“Self-care is one of the biggest things that women neglect. If you’re not taking care of yourself, you’re not going to be able to take care of anyone else either,” Wright continued. “You have to make sure that you’re healthy and your mobility is there so that you can do the things that you want to do and enjoy your life.”