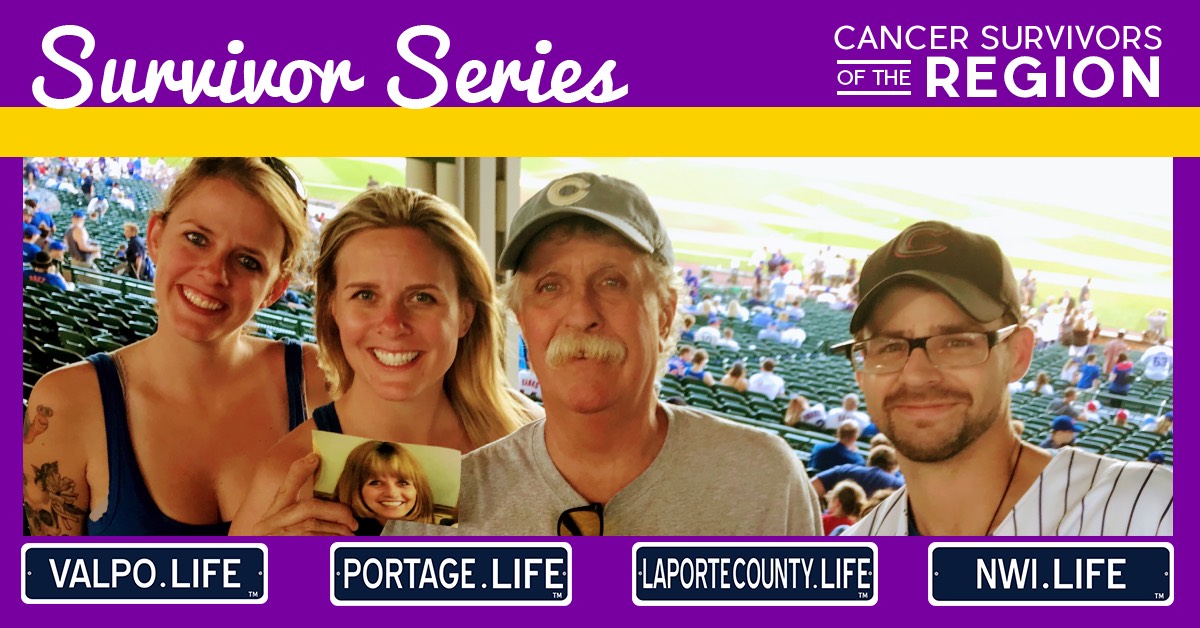 When Don Kirschner was serving in the Vietnam War with the United States Air Force, he caught hepatitis C. It wasn’t discovered in his body until the ‘90s, and hepatitis C can turn into cancer when left untreated.

His cancer diagnosis did not come as a surprise to Kirschner as there was no cure or treatment for hepatitis C when he contracted it.

“It wasn't a surprise because hepatitis was known for years, and I knew once you get hepatitis, it's an open door for cancer,” Kirschner said.

Kirschner participated in many clinical trial studies at the University of Chicago, Veterans Affairs (VA), and Northwestern University in an effort to improve his condition. None of the initial trials worked, but Kirschner and his medical providers finally found one that did.

“Eventually they came out with a new drug for hepatitis, and I took that for about three months and it totally disappeared,” Kirschner said. “So I have no hepatitis in my body, but the virus had already opened up the door for the cancer.”

Kirschner has had four procedures on his liver – five including the surgery that removed half of his liver. He has also had four ultrasonic intervention procedures, but the cancer is now back in his liver, lung, and pancreas. Every day he takes chemotherapy pills, allowing him to continue his treatment at home.

Prior to his diagnosis, Kirschner owned his own business that he has since had to give up because he couldn’t go in on a daily basis to help with operations. Fortunately, since his cancer can be traced to his military service, Kirschner is subsidized through the VA. As a veteran, he receives both financial and technical support from the organization.

In October 2020, Kirschner was given six months to live by his doctor, but he is still fighting today.

After being given this news of his short time to come, Kirschner decided to switch oncologists, hoping a new doctor would be able to bring along new ideas and treatments.

“It’s been beyond the six months now. I went to a new oncologist, and they have new medications that they've tried and fortunately one of them is working,” Kirschner said. “The cancer’s not gone; it’s still there, but it’s stable. That’s about the best news you could possibly get with this kind of cancer.”

While fighting his own cancer battle, Kirschner had supported his wife, whom he lost in 2018 to her own battle with bone cancer.

“At the same time that I was trying to treat my cancer, she got bone cancer and it took her first,” Kirschner said.

His wife’s passing made his cancer journey more difficult, but Kirschner decided to continue to fight for his family.

“It's tough. I’ve got 14 grandchildren and that's what keeps me alive; I don’t want to leave because of them,” Kirschner said. “My grandchildren, they know they can always come to me and I want to be here for that. The oldest one is only 14.”

Kirschner’s family – his two daughters, Megan and Kristin, and his son, Chad – has been a great support system for him during his journey.

“My daughter Megan checks in on me every day,” Kirschner said. “I have a procedure coming up and I need a ride into Chicago for it, so she’s taking off work to be with me.”

Kirschner now lives alone but has a loving cat to keep him company, as well as daily checkups from Megan.

“I have a cat, that’s my buddy. We talk with each other every day,” Kirschner laughed.

Kirschner is optimistic about the future of cancer treatment. He advises those with recent diagnoses to not discount the new-and-improved medications – like the one that stabilized his cancer – that are rolled out on a continuous basis.

“Hang in there. You just got to hang in there and rely on your providers to give you the right guidance,” Kirschner said.