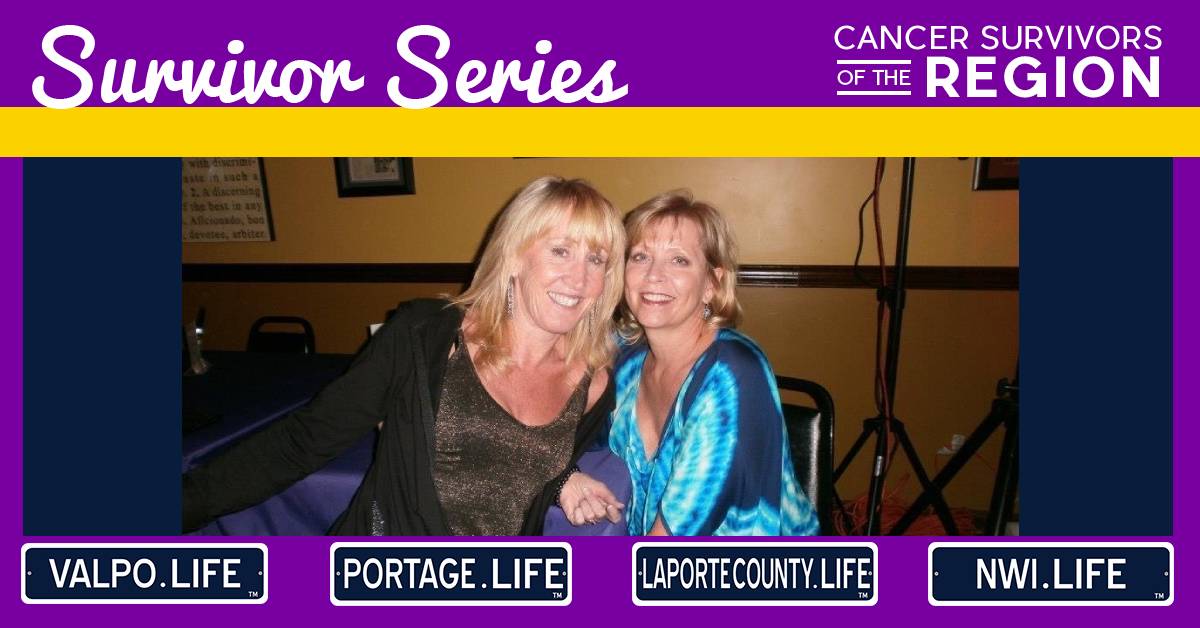 As a nurse at Methodist Hospitals, Marsha Smith encounters illness and disease on a regular basis. This in no way prepared her for her own breast cancer diagnosis. Smith discovered a lump in her breast while she was taking a shower. Initially, she did not think much of the discovery as she has found lumps previously, but she knew this one was different.

“I felt like something was screaming at me when that happened,” Smith said. “My mother-in-law died from breast cancer. I couldn’t find my husband quick enough. I was in full-on panic mode, and I’m not like that - I’m a very calm person. I was an AR nurse for 11 years. I don’t usually get rattled that easily, but I just felt like something was really wrong.”

After getting her mammogram done, a friend and fellow medical worker advised her to get a biopsy. She agreed a biopsy would be good for her and got an ultrasound and biopsy done at St. Mary Medical Center's Women Diagnostic Center in Hobart. The doctor called her the next day while she was at work and said her biopsy was positive for cancer. Smith recalled standing at work with her mouth hanging open in disbelief. Once she wrapped her head around her diagnosis, she made an aggressive attack plan and got a mastectomy. She also chose to get a hysterectomy just to be safe since her mother had ovarian cancer while Smith was in high school.

Smith feels fortunate to have caught her cancer early on and believes that everyone should be proactive in taking care of their bodies.

“I caught it early. It’s all about taking care of yourself and paying attention to your body,” Smith said. “If you feel something that isn’t right that wasn’t there before, you’ve got to get it checked out. Self-examing your breasts is the best thing you can do. When I was young, 30 is when they started doing mammograms on people. I’m 60 and now the standard has gone to 40, but we’re seeing more and more young women with cancer. I had one recently as a patient, so I know it’s something to pay attention to. I don’t agree with the insurance standards that say you don’t need a mammogram until your 40.”

With the insurance standard in mind, Smith keeps recommending young women to her workplace which will allow patients to get mammograms done with or without insurance. Having gone through her cancer treatment over 10 years ago in 2009, Smith knows how important it is to actively screen for cancer rather than ignoring your body and letting cancer progress even further. Early detection is key to relieving cancer’s hold on both your body and mind.

“When you go through cancer, it’s an anxiety-inducing situation,” Smith said. “The reality shakes you. I was not anxious before that, but you find out that you’re not as strong as you think you are. Everybody’s fragile.”

Smith does not regret taking the aggressive route in combating cancer. She credits her faith and loved ones with helping her through the treatment and recovery processes, including getting used to her new body after a mastectomy and hysterectomy.

“It’s all a big process. You find your faith and talk to God and just try to deal with it. You talk to your friends, you talk to your husband, and you talk to the people who love you most. Everybody’s pretty sympathetic when it comes to breast cancer because it’s not something anybody wants to go through.”

Through her experience, Smith has learned that while support from friends and family will lighten the load of cancer, you have to be your number one advocate. In order to live life with the people you love and serve them, you have to look after yourself.

“I’m a very strong woman,” Smith said. “Right now, I’m tearing apart two bathrooms at the same time, and I’m helping my dad take care of my mom with dementia. I’m doing what I can for my family, but at the same time, you’ve got to take care of yourself. Pay attention to what’s going on with yourself, because if you’re not here, you can’t help anybody else.”