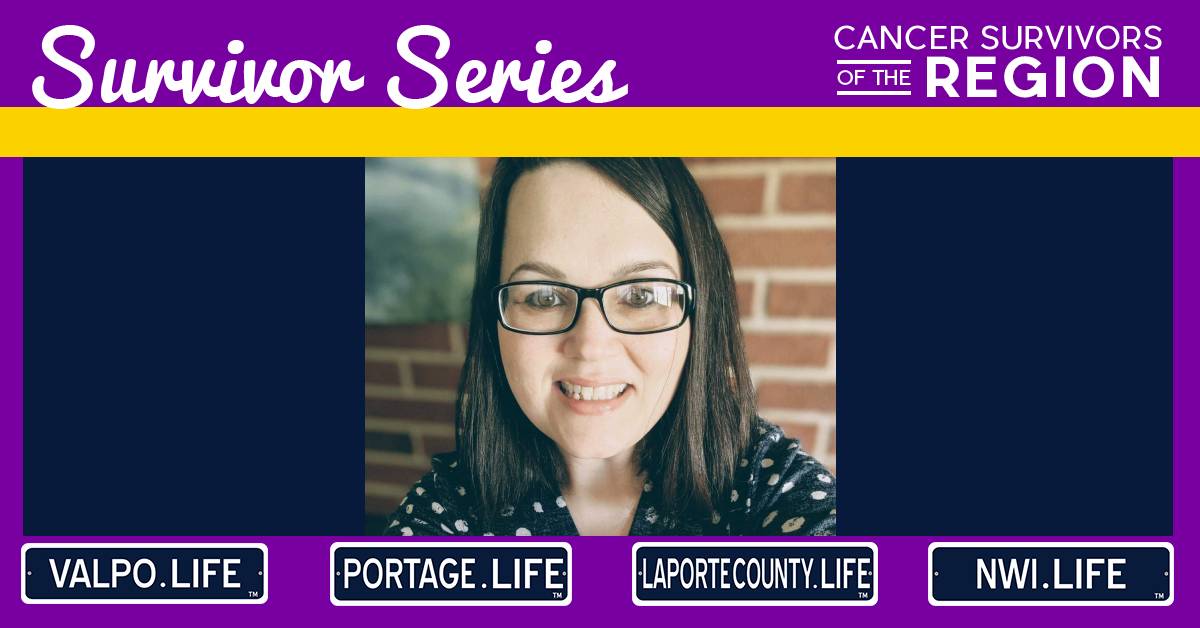 Kimberly Hendricks said her adopted children are the kids she was meant to raise and love. She is grateful for her children, but there was a time when she feared she may never be able to have the family she had dreamed of since she was young.

Hendricks was diagnosed with uterine cancer in November of 2007.

“It was eight months after I got married. My husband and I got married March 31st, ‘07 and in late October, I wasn’t feeling well,” Hendricks said. “I was having a lot of female issues. I knew something wasn’t right.”

Her pain and intuition led Hendricks to visit her gynecologist, whom she had been seeing since she was 16 years old. Her gynecologist decided it would be best to do a dilation and curettage, which is a procedure where the doctor removes some tissue from the uttering lining to diagnose certain conditions. When he came to the waiting room where Hendricks and her husband were seated, he hesitated to give her the diagnosis.

“I had this rapport with him,” Hendricks said. “We’re both big White Sox fans so we would always banter. When I came in for the diagnosis, he walked in and said nothing to me. I looked at my husband and said, ‘Something is wrong.’ I’ve known this man for 17 years, something is wrong.’”

When her gynecologist told her she had stage two uterine cancer, she did not process her diagnosis immediately. As they walked through the parking lot, Hendricks asked her husband, “Did he tell me I had cancer?” Her husband confirmed it and she recalls the weight of her reaction.

“It was like a scene out of a movie,” Hendricks said. “I just collapsed.”

Hendricks, 33, could hardly believe that she had been diagnosed at such a young age and just eight months after marrying her husband, Paul.

Hendricks’ gynecologist sent her to Rush University in Chicago to see a specialist who gave her a second test on January 3, 2008. The results confirmed her initial diagnosis.

The doctor recommended a complete hysterectomy, but took into consideration that she had just gotten married and may want to start a family. He informed her they could postpone a complete hysterectomy, but warned that cancer feeds off estrogen. This meant that waiting, especially while pregnant, would increase the size of the cancer and make it more dangerous to both her and any baby she may be carrying.

Hendricks found the prospect of not being able to carry her own children devastating.

“That was more devastating than the cancer. I’ll never be able to see what my biological child looks like with my husband. I’ll never get to see what it’s like to be pregnant,” she said.

Her husband ultimately helped her make a decision.

“Listen, I know you, I love you. I don’t know our unborn children. We need to save you,” he said.

“Even though it was stage two,” Hendricks said. “they caught it early enough that it was only manifested in the one area. By taking everything, they were able to make sure that it won’t come back.”

Hendricks has been cancer free since 2008, and gets a yearly check-up.

Hendricks believes that the most important thing a person who has been diagnosed with cancer can do is establish a support group. She credits her husband, sister, and other women she met at the hospital with helping her soldier through the experience.

“My husband probably knew more about uterine cancer than I did,” Hendricks said.

Her sister, Julie, was tremendously helpful during her fight.

“She was there every day taking care of me, cooking our dinners, and, I hate to say it, but helping me go to the bathroom and bathing me,” Hendricks said. “Besides my husband, she was that person for me.”

She is thankful for all the other women with cancer who were with her during her battle.

“Probably the biggest encouragement were the women I met at the hospital and hearing their stories and what they did to get through,” Hendricks said.

Meeting these women did have another consequence, however. Hendricks notes that seeing what others had to go through, she experienced survivor’s guilt. She felt guilty that she had been able to get through it without things like chemo and losing her hair. She has had to learn that although her battle with cancer looked different from others, her story is still valid and vital.

“Living with cancer in your body, I mean, that does something to somebody,” Hendricks said. “I did a lot of self-reflection. I couldn’t change or control what was happening to me. All I could do was stay positive. Whatever comes my way, I’m going to fight. I’m 33, I just got married, and I do want a family. We had to change our method in how we had a family and we’ve adopted a beautiful boy and girl. They’re biological siblings.”

She and her husband became licensed foster care parents, which led them to adopt their daughter Lexi in 2015. Not long after adopting their first child, they learned that Lexi’s biological family had another child. They adopted Lexi’s biological brother Frank in 2017.

“Our life is complete,” she said.

Hendricks believes that the timing of the adoptions was perfect for her and her husband.

“They always say he’s an on-time God. He may not come when you want him, but he’ll be there right on time. I know that sounds kind of cheesy, but for us, that is exactly what happened,” she said.

While Hendricks sometimes looks back and the fear, sadness, and despair that flooded her emotions during her diagnosis and treatment, she knows that her identity is not wrapped up in that experience.

“I try not to let the weight of the disease get to me,” she said. “Cancer is a part of you. It’s not who you are.”