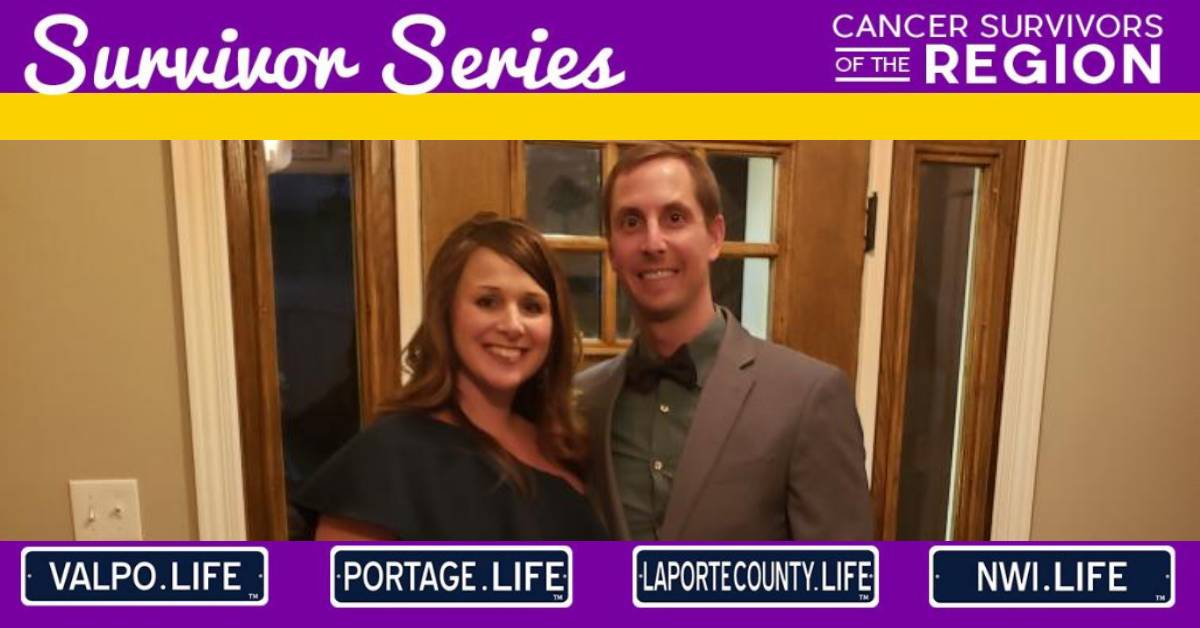 At 30 years old, one of the last things Nicholas Petralia expected to encounter was a bout with cancer, but when he was diagnosed with stage two testicular cancer back in 2010, that very battle became his reality.

“I still considered myself young at the time and was really scared when I got the initial diagnosis,” Petralia said. “I didn’t know what to expect, but when the doctor told me he was sure it was cancer, the question then became how far had it traveled and progressed.”

The cancer traveled to the lymph nodes in Petralia’s abdomen and groin area and required radiation treatment. After undergoing surgery at the UChicago Medicine in 2011, Petralia was pronounced cancer free.

From diagnosis, to treatment, to ultimate remission, Petralia’s immediate family provided much appreciated support, with his father-in-law being a particularly strong pillar.

“My father-in-law went with me to every treatment except for one,” Petralia said. “Every time I had to go in, he sat right there waiting until it was time to drive back.”

As a teacher, Petralia also drew support from his colleagues in the education system.

“My principal at the time, Mike Krutz, was very supportive of me and helped me work around getting treatment,” Petralia said. “I didn’t miss any classroom time for treatment, which was really great for me.”

Petralia always had a passion for kids and helping others and knew he wanted to become a source of guidance for students both in and out of the classroom.

“At some point in their lives, most people can identify one teacher that really left an impact on them,” Petralia said. “I never really had that experience of having a teacher I connected with, and I didn’t want other kids to go through their education feeling that way. I wanted to be a person kids could turn to and ask for help if needed – the kind of teacher for them that I wish I had myself.”

While undergoing treatment, Petralia decided that being able to stay active in the classroom gave him a sense of normalcy and hope.

“Teaching kept me in a normal routine and gave me something to look forward to,” Petralia said. “I’ve always tried to challenge myself to overcome things and being able to work my treatment around my teaching helped me get through the battle.”

For Petralia, it’s not about what life throws at you, it’s about how you adapt to its curve balls.

“Sometimes, things happen that are out of your control, it’s just a matter of how you take it and run with it,” Petralia said. “You’re either going to let it defeat you and bring you down, or challenge yourself and rise to the occasion.”

A competitor at heart, Petralia never shies away from a challenge and approached his diagnosis with a winning mentality from the start.

“I was lucky that mine was caught early and it wasn’t life threatening, but a big portion of dealing with cancer comes from your perception of things,” Petralia said. “You can be a pessimist about it, or you can go in mentally prepared to maintain a positive outlook, and I had no doubt that I was going to beat it.”

The way Petralia sees it, cancer gave him far more in his life than it could have ever taken away.

“I tell people all the time that having a cancer diagnosis at such an early age was the best thing that ever happened to me,” Petralia said. “It made me appreciate my time so much more. I don’t count birthdays anymore. I could care less about getting older. To me getting older is great because it means I’m still here. I appreciate the little things in life, because no matter how bad you think your day is, it could be a lot worse.”

“I don’t define myself as a cancer survivor,” Petralia continued.  “I view it as something that happened in my life that I was fortunate enough to overcome, a hurdle to get over, but I don’t ever let that diagnosis define who I am.”