Light Up the Park highlights rich football culture in Hobart 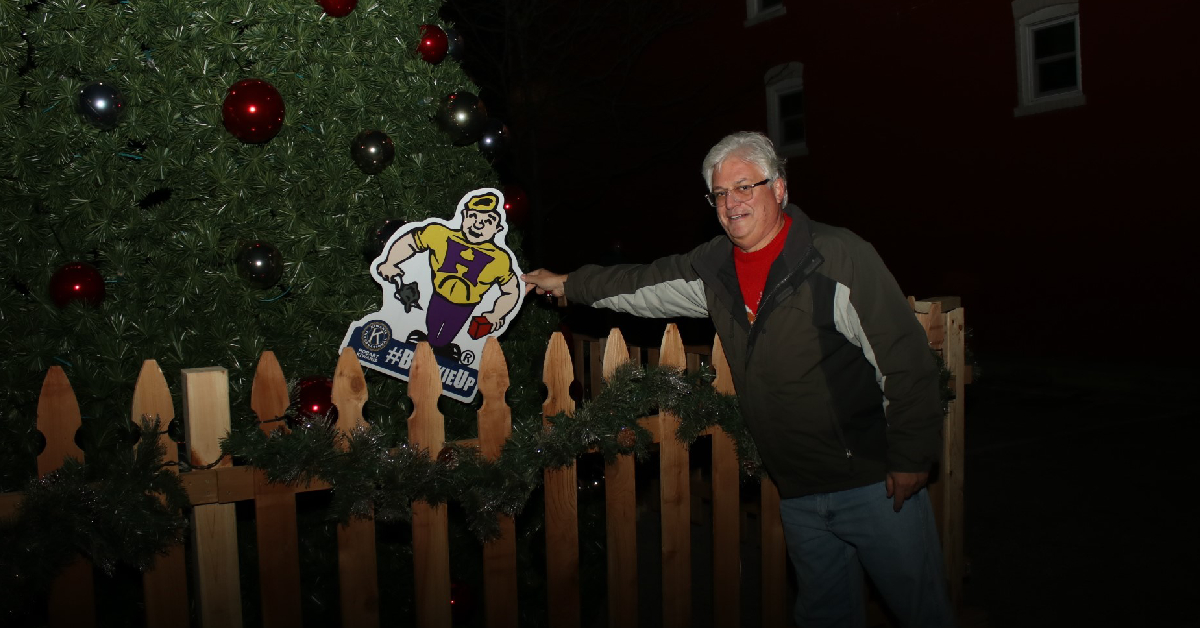 The City of Hobart held its Light Up the Park event at Festival Park near 3rd and Main street on Friday evening. The event gave the city a chance to show off their brand-new tree in a brand-new location.

They started the night by first introducing a few guests to the city, including the D2 football teams that will be playing in America’s Crossroads Bowl game tomorrow at the Brickyard Stadium in Hobart. Both Truman State University and Ohio Dominican University paraded down Main Street and then announced the tree lighting ceremony.

The Hobart High School football team was also present at the ceremony to meet and greet the college players and community. They had a very successful season, finishing Semi-State runners-up and Regional Champs. Hobart is on its way back to becoming a football city like it once was, and the involvement at the Light Up The Park event helped support this.

Matthew Benton is a senior at Hobart and a captain on the football team. He and the rest of the Hobart Brickies football team mingled by the tree and talked about this past season with everyone. He has been amazed by the amount of support the City of Hobart has shown this whole year.

“It was a great year. We started off 0-2 this season and then we started rolling after that. When that started, the whole community was behind us. It’s really awesome to see, especially now after the season has already ended,” said Benton.

Benton is excited that the D2 bowl game is in a city like Hobart.

“It’s really cool. With the rich history and culture we have here in Hobart, it’s just a great place for the game to be. There are going to be a lot of people there and everyone is excited.”

Ohio Dominican is one of the teams competing in the bowl game on Saturday and Head Coach Kelly Cummings understands the deep football culture in Hobart.

“We love it here. Towns like this really support football and that’s what we love about it. I grew up in a small town and Hobart is like that. It’s a growing place, and our kids have enjoyed it all weekend,” said Cummings

“My coaches and I were talking about the teams from this area that are pretty good, and we can tell it’s a great football community,” Cummings continued. “It is not ironic that there is going to be a bowl game here.”

The City of Hobart’s Light Up The Park highlighted the rich football culture in Hobart. The event also included the Hobart High School band playing Christmas carols, a golf cart parade, and hot chocolate from the Salvation Army. Be sure to head out to see a D2 bowl game at Brickie Stadium tomorrow!