A Northwest Indiana Life in the Spotlight: Vicky Gadd 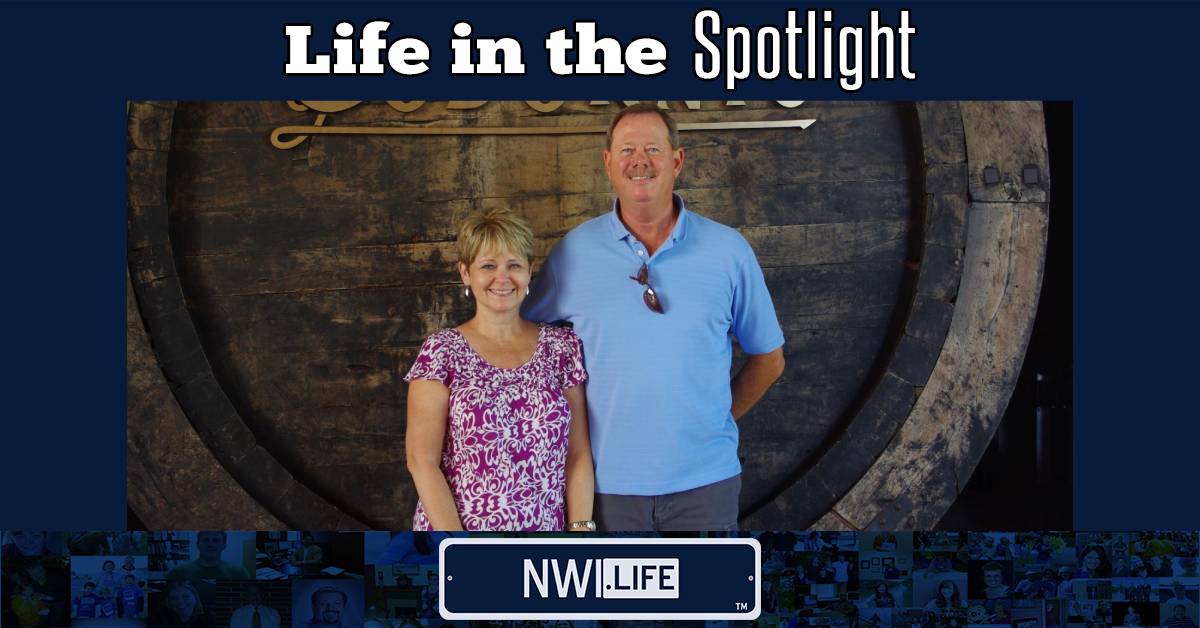 If there’s one thing Vicky Gadd values most, it’s family. Not just her own family, but the sense of family that accompanies a healthy work environment or community.

Before she became office manager for the Home Builders Association of Northwest Indiana (HBA of NWI), she served as executive officer for that same company for eight years. When surgery on her spine left her off her feet for a long recovery period, she made the decision to retire from the job she loved so much. However, an instant connection with Eddie Castellanos, who stepped into her role once she retired, led to her reentrance into HBA of NWI as office manager.

“Eddie and I hit it off so well,” Gadd said. “It was an easy transition.”

Gadd’s new role exists on the back end of the business, handling financial details. This primarily behind-the-scenes position is just fine by Gadd.

“This has been the best of both worlds,” she said. “I’ve gotten to stay with the company I like while still working with the people I enjoy being with, and it’s much less stressful, which is what I needed right now.”

Gadd has lived and worked in Northwest Indiana her entire life. She became seasoned in the nonprofit world, specifically through the healthcare industry. Her success with HBA of NWI came when she served as the liaison between Meridian Woods, an independent living community for seniors owned by Pines Village Retirement Community, and builders during the construction of the development. Recognizing her leadership, someone recommended her for the executive officer role at HBA of NWI.

“I’m glad we’ve been partnering with so many nonprofits,” Gadd said of the company today. “They’re so good for Northwest Indiana. Having been exposed to that world and worked for it for so long, I’m happy to lend my expertise to that aspect of our company and to know firsthand the organizations that best benefit the area.”

Working for nonprofits can be a strong taskmaster for someone learning to adapt to constantly changing work environments.

“You work with a team and you have to wear a lot of hats,” Gadd said. “You learn a lot of new skills because you have to learn to take on new things that push you out of your comfort zone.”

But the Region as a whole is strengthened by community and family, guiding Gadd to be a champion for those abilities.

“I love my job because I love the Region,” Gadd said. “People here are just incredibly caring and generous. I’m so proud to live in Northwest Indiana and to have graduated from Chesterton High School. All these communities make for a special place in my heart.”

Although her heart is rooted in the Region, Gadd has a touch of wanderlust.

“I still remember visiting Italy with a friend in 1997 and just walking and hopping around on boats everywhere. Neither she nor I can do that now!” Gadd laughed. “It’s still one of my fondest memories. I just love traveling.”

She and her husband of 25 years, Gary, travel to see their two kids and three grandkids in the Pacific Northwest about five times a year, and they have a grand European tour planned for 2021. Gadd said that after she and Gary retire, they may end up moving out to the Pacific Northwest to be closer to their family.

“I delight in my grandchildren,” she said. “It’s so much fun to be a grandparent! You have time to devote to them - time and patience. You’re not worried about the other stresses of life or planning for bigger things. Being a grandparent is all just about play!”

No matter where her feet take her, Gadd is sure to have both the steadfastness of Gary and her faith by her side. Gadd and Gary were actually childhood sweethearts at ages 12 and 13. Years passed before they ended up at the same Labor Day picnic and reconnected.

She finds additional strength in her Christianity.

“I’ve had quite a few illnesses in my lifetime,” Gadd said. “Without faith, it’d be so much harder to deal with the hardships in your life. My strong faith has taught me to see them through and to find the meaning in getting through them.”