StoryPoint Chesterton pays special tribute to residents who are veterans 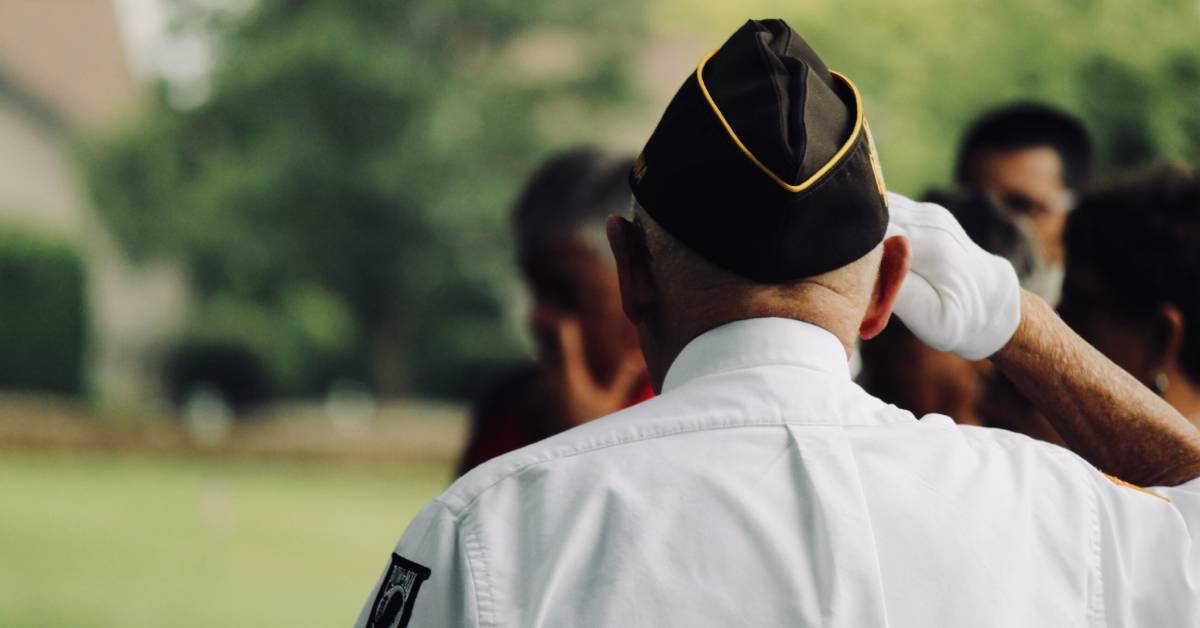 Every Veterans Day, organizations and communities have their own special ways to pay their respects to those who have served our country. Many find solace in the ritual of honoring the memory of veterans who lost their lives or have since passed on and savor the opportunity to celebrate veterans living in the community. Alongside all StoryPoint communities, StoryPoint Chesterton is paying special tribute to residents who are veterans and whose spouses were veterans, giving them the recognition they deserve.

The StoryPoint team put together a special Veteran Dedication Wall featuring each veteran’s story and photo so family members, fellow residents, and visitors can get to know them. Read on for their stories.

Bob was born on January 13, 1931, in Dodge, Nebraska. In November of 1951, he enlisted into the U.S. Air Force while studying electronics at Valparaiso Tech and Trade School in Indiana.  He completed his basic training at Sheppard Air Force Base, Texas then continued in Biloxi, Mississippi for further electronics training. Bob worked on aircraft that were instrumental in defending the United States from the “Red Menace” known as the Soviet Union. He worked on the electronics of B-50s which were upgraded B-29 bombers from World War II and B-47s which were the first operational jet bombers and the precursor to the mighty B-52. Bob was discharged from the USAFs 43rd Bomb Wing in 1955.

He married Carol in Salina, Kansas a year after he entered the Air Force and when he was sent to other locations, she stayed behind with their two sons. He worked in the excavating business for 12 years before going on his own, running a supply business for underground contractors.  In 1993, when he turned 62 years old, he retired.

Bob loves dancing, darts, and has traveled all over the country to play golf, even visiting England.  He was also heavily involved in the Boy Scouts. One of his greatest thrills was going for a ride in a P-51 Mustang!

Jerry was born in Spencer, Iowa on November 22, 1928. He enlisted in the U.S. Navy in 1946 and completed basic training in San Diego. He was trained as a metalsmith/welder and assigned to Mare Island Naval Shipyard where he worked primarily on submarines. He was later transferred to the destroyer escort USS Furse DE-882 based in Japan and China.

After his discharge from the Navy, Jerry attended the University of Iowa where he earned a degree in political science and business. He made his career in the steel industry, first with US Steel for 11 years and followed by Feralloy Company, from where he retired as the president of the company in 1995. He married Anne in 1951 and the couple raised two girls and one boy who gave them five grandchildren.

Jerry played golf two times a week, is a Colts and Bears fan and Anne is a professional bridge player. Jerry had the honor of spending three days with the U.S. Navy touring and living on several ships including the USS Nimitz aircraft carrier that he landed and took off from!

Joe was born on February 3, 1927 in Chicago, Illinois. While working for Acme/Interlake Steel Company, he was drafted into the U.S. Army in February of 1945. Joe and his unit were slated as part of the invasion forces against Japan, but the war ended, and they were trained for occupation duty instead. He was never shipped overseas but instead performed various duties at different Army posts. Joe was discharged on February 6, 1947 and is grateful for the time he spent with the ‘old-timers’ who shared their stories of combat with him.

Joe made a 41-year long career with the steel company, working his way up to assistant superintendent. He married Gloria in 1951 and they raised two sons who grew the family with the addition of three grandchildren and two great-grandchildren.

Golf was his passion and he played it often, scoring a hole in one October 23, 2004, at Stoney Creek Gold Club. He’s been a member of the American Legion since 1948, wintered in Florida, lived to watch the Chicago Bears and White Sox and still belongs to the Knights of Columbus.

Art was born in East Chicago, Indiana on January 2, 1936. While studying electronics he entered the U.S. Air Force to avoid being drafted into the Army. He completed basic training in San Antonio before being sent to Biloxi, Mississippi for advanced training in avionics. Art was assigned to SAC bomber command repairing ECM (Electronic Counter Measures) units on the mighty B-52 Stratofortress. He was based at several locations including Walker Air Force Base, Anderson Air Force Base on Guam and on bases in New Mexico and Washington State.

He married Sandra in 1956, two years prior to joining the Air Force and the couple had one daughter and five sons who grew the family with the inclusion of seventeen grandchildren and twenty-two great-grandchildren. Art spent more than 20 years with the Western Electric Company writing manuals and procedures on repairing equipment while Sandra worked for United Airlines.

Art enjoyed model railroading and doing some woodworking, mostly making toys for the kids and the occasional cabinet.

Bob was born in Newry, Pennsylvania on June 22, 1928. While working at Shaw Brothers Grocery meat market, he was drafted into the Army where he was trained as a cook and sent to Korea. Bob and Marjorie met at the meat market and after a brief courtship, married on May 22, 1953.

Bob made his career with the Pennsylvania Highway Department until his passing away in 1986. Marjorie moved from Altoona, Pennsylvania to Indiana to be near her son.

Bob enjoyed fishing, gardening, tinkering with cars, and football. Marjorie was a teacher’s aide for 25 years and most enjoyed her 3rd and 4th-grade students. She also volunteered with the local soup kitchen for 15 years.