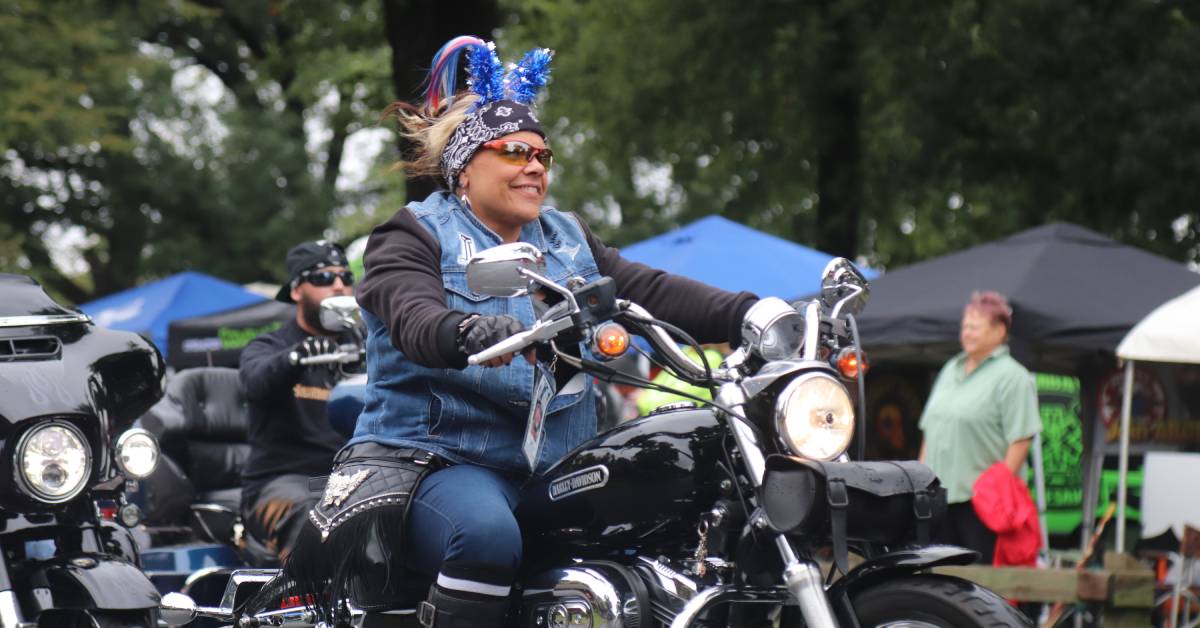 Motorcyclists from all around the Region gathered at Wicker Memorial Park in Highland on Sunday for the 20th annual Victory for Veterans Memorial Ride. Despite the rain, many people joined the ride or stood by to show their support.

“This is an event to honor and make veterans feel special,” said Rosie Quintanilla, community development coordinator at the North Township Trustee office, “and to thank them for all the service they gave to the country protecting our rights in the United States.”

Vendors for both food and motorcyclist lifestyle products, such as leather jackets and patches, were available to attendees.

“This is the most vendors I think we’ve ever had,” said park superintendent Brett Bierman.

The ride is a 45-minute ride through multiple communities including Highland, Dyer, Munster, Schererville, Merrillville, and Griffith. The organizers coordinate with everyone, including police departments and train companies, to make sure the ride goes smoothly.

“It’s a year-long plan. It’s a collaborative effort between us, the different agencies, and the AMRVA,” Mrvan said. “We have to coordinate with the police departments, the trains, and the Lake County Sheriff.”

This patriotic ride brought forth and encouraged many veterans to share their stories. Most use their motorcycles to express themselves.

“This is everything. I’m a veteran. So is my son, my father,” rider and veteran Ronald Avina said. “My bike has a lot of artwork on it, as I call it, a rolling tribute to my family who proudly served in the armed forces. I have artwork and their names all over the bike to pay honor to them.”

The ride coincided with the display of The American Veterans Traveling Tribute at Wicker Memorial Park, a nationally traveling half-sized replica of the Veteran Memorial Wall in Washington D.C. which lists the names of all service members lost to the Vietnam War.

The victory ride represents one of the area’s most uniquely patriotic events that honors those who have served our country. For more information, visit https://www.victoryforveteranswickerpark.org/.