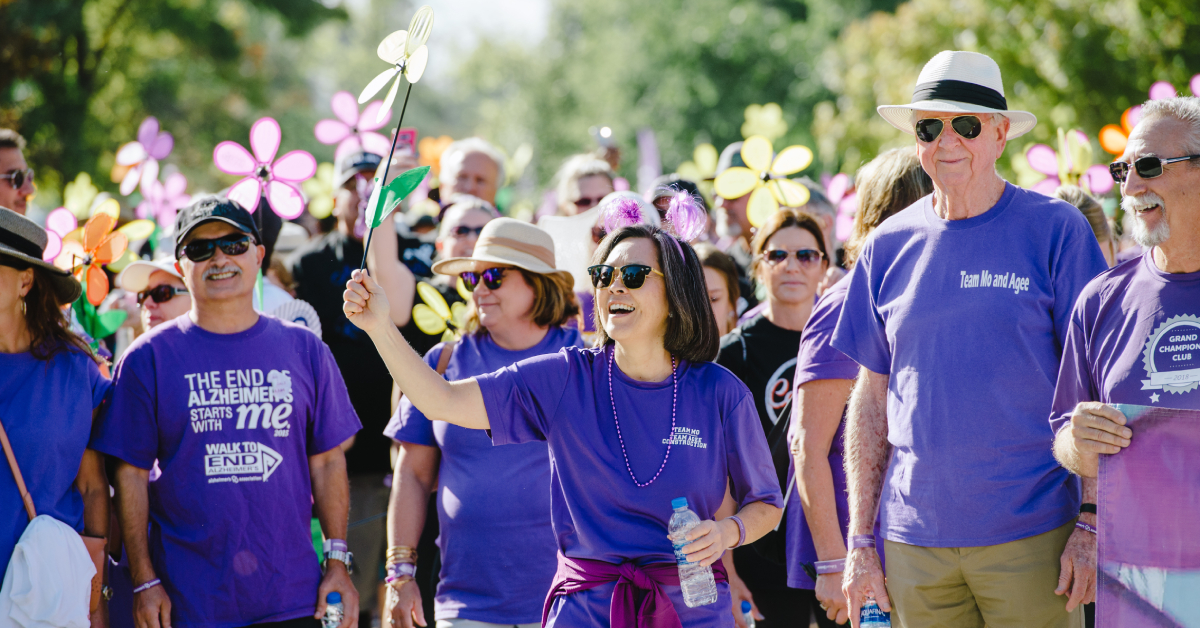 The Alzheimer’s Association® is invitingNorthwest Indianaresidents to join the fight to end Alzheimer’s disease by participating in the Walk to End Alzheimer’s in one of two locations. The Lake County Walk will take place Sunday, Sept. 22 at the Lake County Fairgrounds in Crown Point. The Michigan City event is scheduled for Saturday, Oct. 5 at Washington Park. The funds raised from the Walk will support critically needed research, as well as local education and support programs.

Along the walk route, participants will learn about Alzheimer's disease and dementia, volunteer opportunities, public policy initiatives and local programs and services provided by the Alzheimer’s Association Greater Indiana Chapter.

On Walk day, participants will honor those affected by Alzheimer's disease with Promise Flowers during the poignant Promise Garden Ceremony – a moving display of hope to represent the personal reasons participants join together to fight Alzheimer’s. A blue flower indicates the participant is currently living with Alzheimer’s or another form of dementia. Yellow flowers signify Alzheimer’s and dementia caregivers. Those carrying purple flowers have lost someone to the disease. Finally, participants with orange flowers support the Association’s vision of a world without Alzheimer’s.

“It is one thing to hear the sobering statistics on this disease, but the Promise Garden Ceremony is a powerful way to witness the impact in our local community firsthand,” said Sara Spruth, Manager, Walk to End Alzheimer’s – Lake County and Michigan City. “Many participants will even write a tribute to a loved one on the petals. It’s a meaningful way for friends and family to come together in the fight against Alzheimer’s.”

Alzheimer's disease is the sixth-leading cause of death in the United States and the only one in the top 10 that cannot be prevented, slowed or cured. More than 5 million Americans are living with the disease, including 110,000 in Indiana. Another 340,000 Hoosiers are serving as unpaid caregivers.

Participants are encouraged to pre-register online for free at alz.org/Indiana/walk. For Walk updates, participants may visit the Greater Indiana Chapter on Facebook, Twitter and Instagram at @alzindiana and join their local Facebook group at facebook.com/groups/lakecountywalk or facebook.com/groups/michigancitywalk.

The Alzheimer’s Association is the leading voluntary health organization in Alzheimer’s care, support and research. Our mission is to eliminate Alzheimer’s disease through the advancement of research; to provide and enhance care and support for all affected; and to reduce the risk of dementia through the promotion of brain health. Our vision is a world without Alzheimer’s®. Visit www.alz.org or call 800.272.3900.