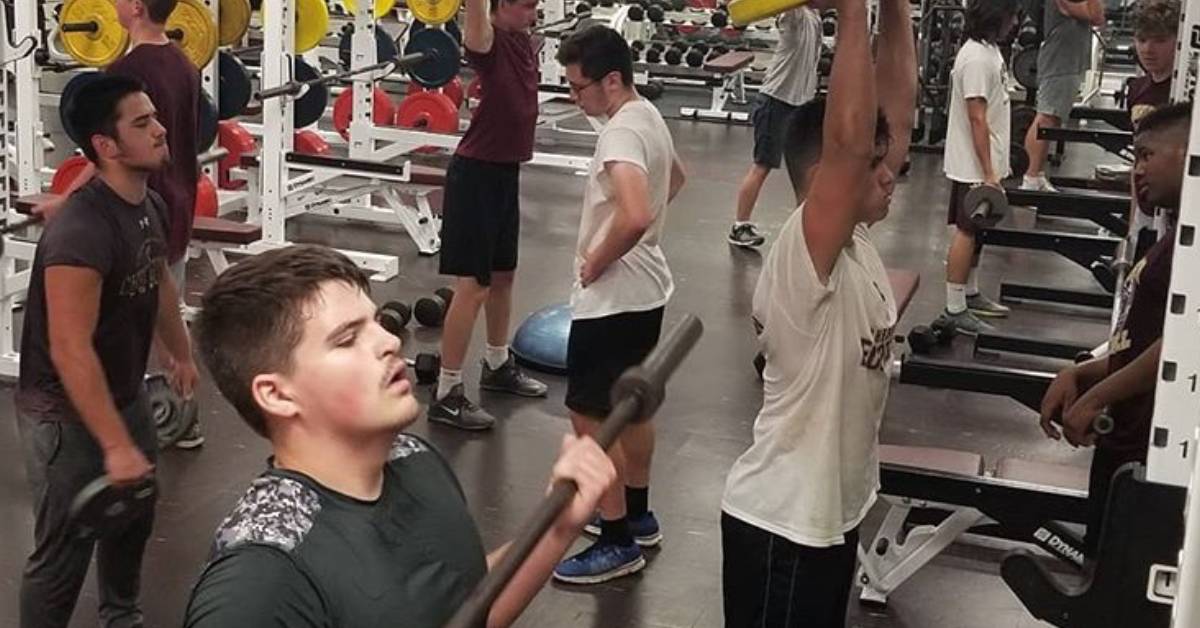 “I thought the first day went very well, and I think that had to do with the incoming freshmen knowing where to go because of Trojan Charge which is an event where freshmen come to school and are given a tour by upperclassmen,” Principal Brent Martinson said. “We had over 85% of the freshmen class present for Trojan Charge so they seemed to know where to go.”

This school year has some exciting changes, but the one that is most important is the addition of an advisory period.

“Last year, which was my first year, we sat down and really looked at what we needed and felt that the advisory period would greatly benefit children socially and academically,” Martinson said.

Advisory period is a 30 minute period in which students are with members of their grade in small groups with teachers. Advisory period takes place every Wednesday.

“I thought advisory went with kids knowing where to go,” Martinson said, “because the great thing about our school is that we have great students who do what they are supposed to do to be successful, so overall it went very well.”

The year is sure to bring the entire student body and faculty some fun memories and exciting moments. Most teachers are feeling excited to meet the new incoming class of students.

“I am truly excited about this new freshmen class, and every year I say the same thing which is the most important class in the building are the freshmen,” Martinson said. “Not to say to upperclassmen aren't important, but it's just that those freshmen have to get off to a good start and if they get off to a good start, then they are going to roll into success after success.”

The school year has just begun for CHS, but there is still plenty of excitement to come.

“What I get most excited about is working with kids, I especially get excited about working with seniors by trying to help them get to the finish line and listening to their future plans such as where are they going to college and what they will do because this job truly doesn’t feel like a job for me,” she added.

“The second game will be home against Munster High School. Last year we won against Munster. They have a good nucleus of kids that are coming back from that team last year, so I think it’ll be a great challenge for us,” said head football coach Mark Peterson. “Our third game is on the road, and we will be playing against Michigan City. The next game is September 13th, our homecoming against La Porte.”

With the football season just beginning, athletes have a chance to step up and make their coaches and team proud.

“I think a couple of kids have really stepped up which wasn’t really a surprise so much as reaching expectations,” Peterson said. “We have had some great competition for the quarterback position.”

While cheering on their team during games, coaches must also study things on and off the field in order to train and coach their team better during on and off seasons.

“Our weight room has always been beneficial for our students here at school,” Peterson said. “One of the things we did in this off season is reevaluate where we were at and things we needed to do, changing some of our off season program. We also added some more speed and agility into it, and we added the faster station based lifting program.”

This year of football is sure have to some great successes due to the additions to the training method and new lineup of players.

“In the past we have had great success running the ball, maybe not as much success throwing the ball,” Peterson said, “but this year we have a great nucleus of kids back for us to have a really balanced offensive attack, probably the most balanced offensive attack since I have been the head coach here for the last seven years. I am really excited about this season getting underway.”

“Our student body attendance has always been one of the strongest and one of the best student body sections,” Peterson said, “and I only want to see that grow because it gets the guys fired up and makes it more exciting.”

Micheal Livovich is a new addition to Chesterton High School's teaching staff and english department. Mr. Livovich is a graduate of IU Bloomington and has seven years of teaching experience prior to coming to CHS.

The first few days can be very stressful and rewarding on students and teachers alike, but can be especially stressful or rewarding for new staff members.

“The first few days at CHS have been wonderful. My fellow teachers have been very helpful, students have been incredibly kind and attentive which warms my heart, and it has just been a very good experience to come teacher here.”

There are many different types of English classes offered at CHS , giving English teachers the opportunity to have variety in what materials they teach.

“I teach 10th and 11th grade English, film literature, and novels which is fun because it’s a different way for kids to meet their English requirements in a fun way,” Livovich said.

When the school year begins, there is a grand opportunity for teachers to make memories with their students or have special,fun moments with their classes.

“There was one moment where I gave an assignment, I looked up and surveyed the classroom with my eyes, and I saw that every last child in the room had a pencil that was wiggling and moving and work was getting done,” Livovich said. “No chair was filled with a student that was not doing what they should’ve been. It’s wonderful that that is something that is very common here at Chesterton High School.”

With the school year only just beginning, there are many things to look forward to such as changing seasons, holidays, and getting into the routine of things.

“I look forward to memorizing the schedule so I don’t have to rely on the chat on my wall,” Livovich said. “I love fall. There is something about when October hits and the leaves start changing. It has an effect on students and staff alike where we all just settle in, and our bodies get used to being in a classroom and then we all settle in for the winter, which is another feeling I love.”

“I moved from Minot, North Dakota,” Montagno said, “because my dad is in the military and was stationed here for work.”

The first few days are stressful on all members of the student body alike, but are especially stressful for newcomers.

“So far, it’s been very good,” Montagno said. “I felt very welcomed and the school itself is very nice inside and out. It wasn’t hard settling in here as it has been in other stations.”

One of the most important parts of settling into a new school is making new friends.

“The first few days were so great because I met some really great people and found my way around the school,” Montagno said. “Everyone I’ve talked to has been very kind which really helped me feel more comfortable here.”

Another very important part of settling into a new school is getting involved in clubs and other extra curriculars.

“An important thing for me was definitely getting involved in different clubs and making some new friends,” Montagno said. “I’ve already joined newspaper and art club, and I plan on joining creative writing club and track in the future.”

When finding your path in high school, it’s not only important to focus on the present by making friends and joining clubs, but to have things to look forward to for the remainder of the year.

“I’m looking forward to my first prom and for track season to start,” Montagno said. “I love getting dressed up for dances and I love being part of sports teams because I always meet new people and make great friends. So far, I am happily looking forward to the rest of this year here.”