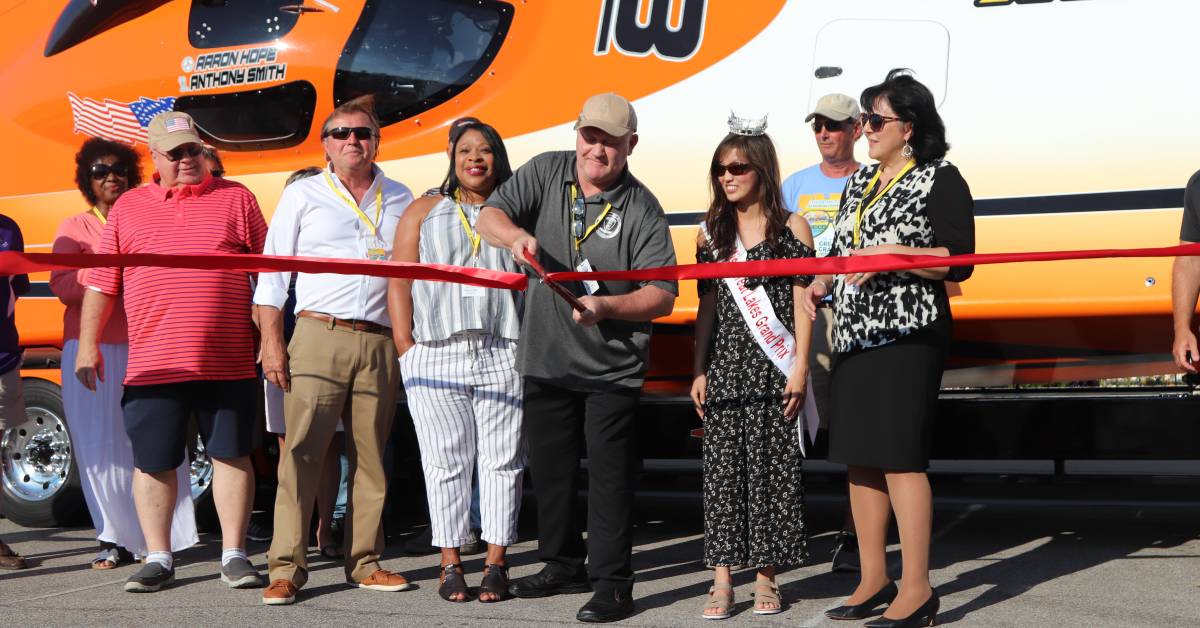 Thursday evening, Michigan City geared up for an adrenaline-filled weekend on the water as community leaders, sponsors, and racers gathered at Sunset Grille to kick off the 11th Annual Great Lake Grand Prix (GLGP) with a pre-race VIP party. The award-winning GLGP features many of the world’s fastest and most powerful offshore powerboats, bringing some of the greatest racers in the sport right here to the Region.

“This is our signature event for the community, the event of the Region if you will,” said Jack Arnett, Executive Director for Visit Michigan City La Porte.

“I’m so proud that for the last eight years, my administration has had an opportunity to work with so many great people to make this happen,” said Michigan City Mayor, Ron Meer. “This event has continued to grow and inspire us year after year; I think this year is going to be the biggest, the best, and filled with record breaking performances.”

Much of this year’s growth can be attributed to the exciting addition of P1 boats and AquaX jet skis to the 2019 race lineup.

“We’ve tripled the boat count with these additions,” said GLGP Race Director Rick Wright. “The success of this event has been increasing from its inception, but the last few years especially have been off the charts. Not to mention last year’s race alone had a $12.4 million economic impact on La Porte County.”

“Last year we had 26 boats; this year we’re looking at about 70 boats, so it’s going to be a great weekend,” added Arnett.

The four-day event features much more than just two days of intense racing. Attendees can also get up close and personal with racers and their boats, enjoy live entertainment, family fun, and feast on a selection of the greatest grub Michigan City has to offer, as it coincides with the Taste of Michigan City.

All the incredible experiences offered at the GLGP were made possible by the generous support of many dedicated sponsors. Two of the key sponsors for the event were Blue Chip Casino and NIPSCO, represented by Vice President and General Manager Brenda Temple and Economic Development Director Don Babcock respectively.

“We are more than happy to partner with the city on hosting this event,” Temple said. “We’re thankful to be a part of it, and are excited for all the racing to come.”

“What I love about this event is that it really builds community pride,” Babcock added. “It sets Michigan City apart as a unique destination not just in Northwest Indiana, but in the entire state and the nation as well.”

The event brought together racers not just from around the country but from around the globe, with six international teams scheduled to participate. Chris and Scott Grant, brothers turned teammates who compete for the team Graydel Limited, will hit the water for their fifth race together this weekend.

“We love this sport,” the pair agreed. “The people involved here are just amazing, and the adrenaline you feel when you’re slicing through those waves is unparalleled; there’s really nothing like it!”

Race fans, including attendee Dann Niven, were equally eager for the weekend to get started.

“I go every year to watch the races,” Niven said. “The past few years I’ve been at the private tent for NIPSCO, but this year I’ll be watching from a buddy’s boat. Seeing those boats doing 180 miles an hour is awesome and the lake is just beautiful; this is exactly where I want to be!”

The GLGP has been gaining momentum each year, and promises to continue to be a prime example of Michigan City’s ability to bring people together.

“We’re hoping to keep growing this experience and hopefully reach 100 boats and three days of racing next year,” Mayor Meer concluded. “It’s a great opportunity for Michigan City to shine, for us to promote ourselves and showcase what Michigan City is all about.”

Official race times for the 2019 GLGP are Saturday Aug. 3rd and Sunday Aug. 4th from 9am-4pm. Come on out and experience the rush of racing!