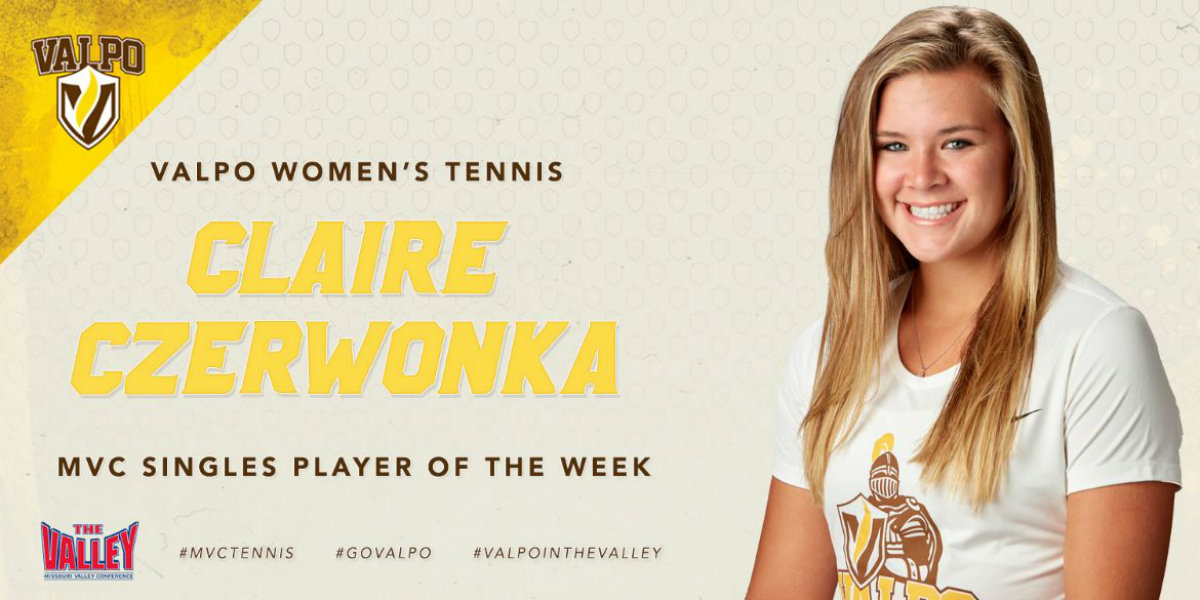 Czerwonka won both matches this week at No. 1 singles, both in tight three-set affairs against quality foes. On Friday, she earned a 6-3, 3-6, 6-1 victory over Omaha's Michelle Lo, a senior who is a three-time all-Summit League performer. On Sunday, she completed a 2-0 week by edging Madison Ballard 6-4, 6-7 (5-7), 12-10. Ballard is the No. 1 singles player for Grand Valley State, a team that is 20-3 and is ranked 18th nationally in Division II.

This marks the fourth conference honor of Czerwonka’s young Crusader career, as she was previously named the Singles Player of the Week on Jan. 23 and was twice part of the MVC Doubles Team of the Week – Jan. 23 and Feb. 20. In total, Valpo has won five weekly awards this season, second only to preseason favorite Drake in the MVC.

Valpo will return to match action on Friday, March 30 at 2 p.m. CT against Northern Kentucky. The match is likely to be held at Match Point Tennis Club in Griffith, but could take place outdoors at the Valpo Tennis Complex if the weather improves.