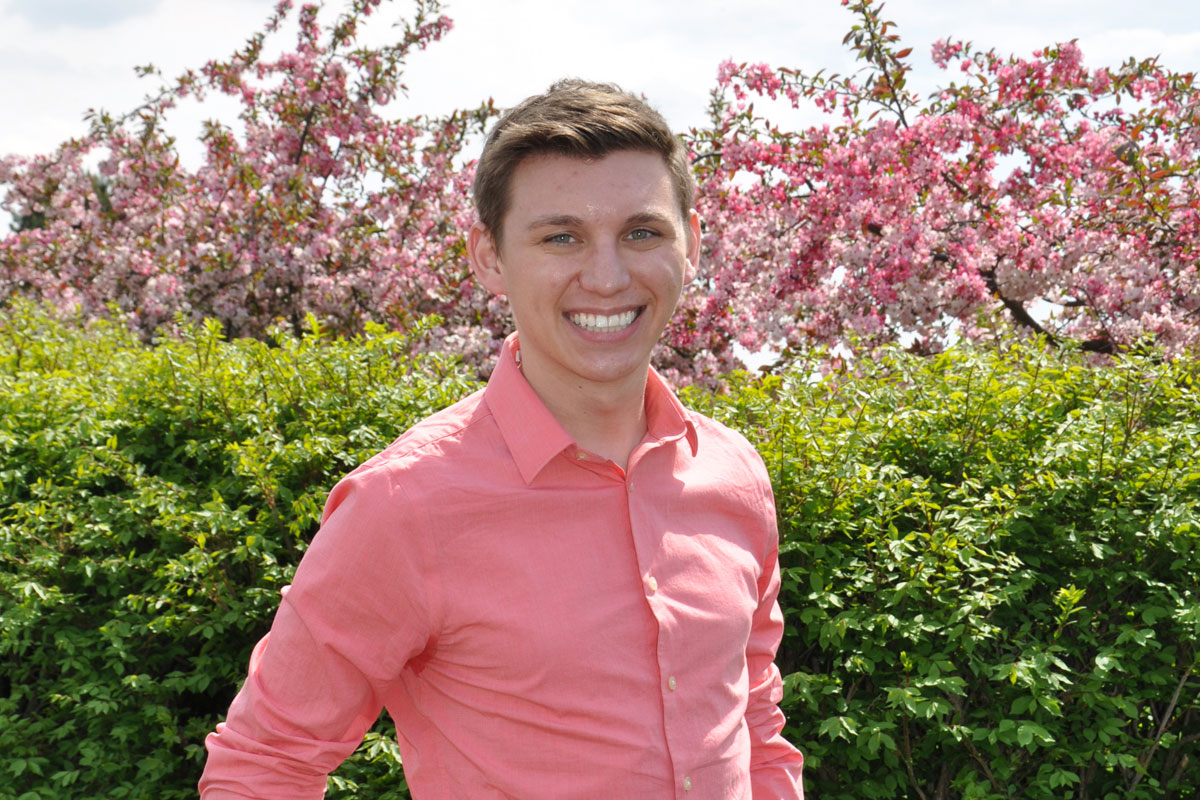 As a Purdue University Northwest student, Zachary Malcer has given careful consideration to the career he plans to pursue following his graduation.

The Michigan City resident did a lot of research and asked a lot of questions. He did what many students do – he pursued an internship to gain valuable, hands-on work experience. His talent, enthusiasm and academic background earned him a coveted Disney College Program internship during the 2015–16 academic year.

He then returned to PNW to earn his bachelor’s degree in communication. After participating in Monday’s (5/8) Commencement ceremony, he will return to Disney World in Orlando for a second internship. He hopes this will evolve into placement into a Disney professional internship or a manager-in-training position.

He has reflected those traits in his on-campus activities: he has been a New Student Orientation and Welcome Week Team Leader for two years, he has served as president of the Gay-Straight Alliance and was inducted into the Lambda Pi Eta Communication Honors Society. Off campus, he has been a member of Young People's Theatre Company, in Michigan City.

His initial Disney internship was intended to be for the 2015 fall semester, but halfway through the program he was asked if he wanted the internship to continue through the 2016 spring semester. He jumped at the opportunity, but had to find a way to remain on track to graduate on time.

He accomplished that by taking an online class and earning credit for the spring 2016 internship.

“I was out of state for an entire school year and far from campus, but I am graduating on time and with the concentration and minor I wanted,” Malcer said. “I am so happy to achieve my goal.

“Being a full-time student and holding a job was very challenging at times. I admit there was a lot of stress at different times. The support of my family and closest friends helped to make it all possible.”

The Disney experience
Malcer admits he loved everything about his Disney experiences. “Disney has wonderful training and management programs to help someone be successful in their career. I learned a lot about how to work and deal with situations involving employees from varying backgrounds. The training I received did not just pertain to the specific role I was in, but to any and all forms of jobs a person might have. Whether I stay with Disney or move elsewhere, I look forward to an opportunity to use my education, skill and experience to thrive and grow.”

The PNW experience
Malcer holds fond memories of PNW. “I would go to class in the morning and go to work in the evening,” he said. “What I was learning in the classroom, I was applying at my job. I was continuously learning and growing in my time at PNW. The professors were always accommodating and understanding. They want to see students succeed. I enjoyed the personal levels we were able to reach in our classes – it was great to have professors who knew you by name.”