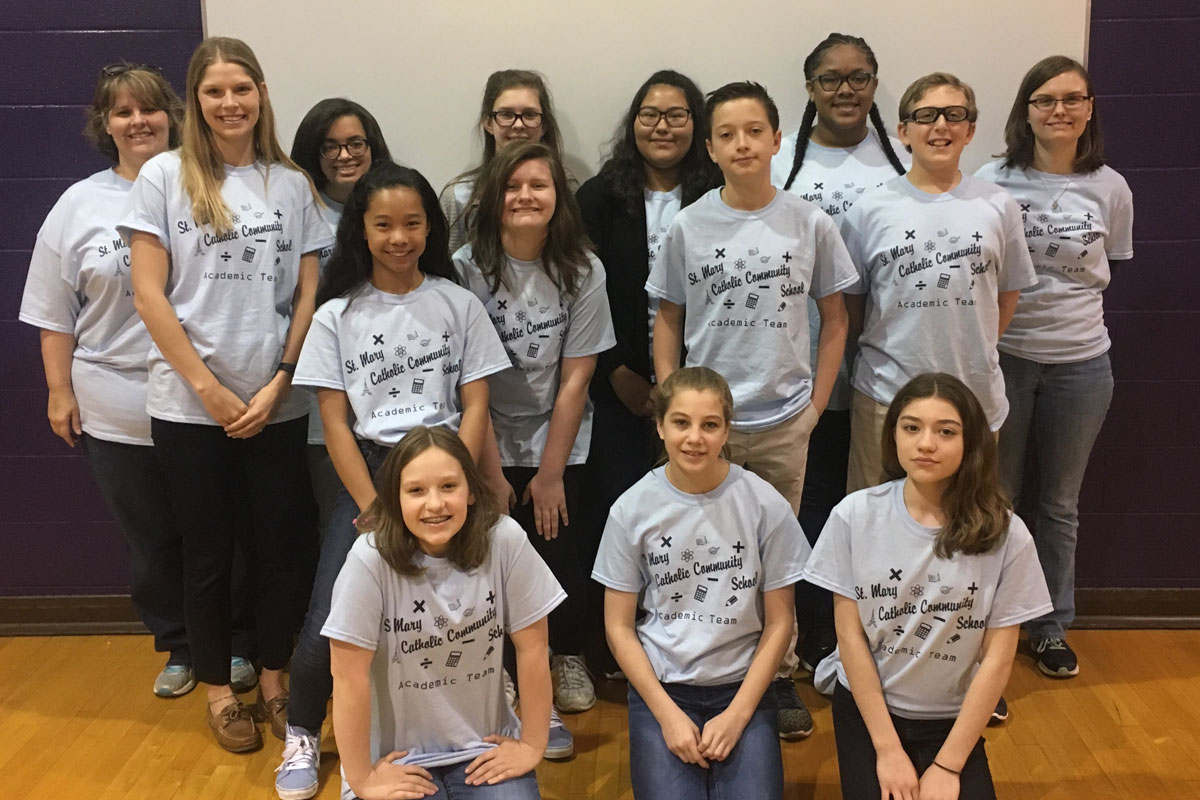 This past Saturday, April 29th, St. Mary Catholic Community School’s junior high students ranked among the top in the state at the Indiana Association of School Principals’ 30th Annual Junior Academic Super Bowl Competition. This year’s theme was the French Revolution. Preparation for this event began as early as last summer, and all of the students put in their best effort to study the four subject areas of Math, Science, English, and Social Studies. This year’s successes show that their preparation was worth it.

Students teamed up into groups to compete in each of the four different subject areas. Every one of St. Mary’s subject area teams won first place in their subject area. The Science team consisted of Patricia Eliscupides, Courtney Grcevich, and Aidan Conley. The English team was made up of Kailey Kwilas, Destiny Clay, Erin Doyle, Katelyn Bottando, and Aidan Conley. The Social Studies team was comprised of Kailey Kwilas, Liana Abad, Destiny Clay, Lauren Garcia, and Lizzy Mouser. The Math team consisting of JJ Mullally, Lizzy Mouser, Liana Abad, and Lauren Garcia even placed 5th in the state!

In addition to the subject area teams, St. Mary’s students formed an interdisciplinary team and prepared to take on questions from all four subject areas. The interdisciplinary team of Kailey Kwilas, JJ Mullally, Lizzy Mouser, and Patricia Eliscupides achieved not only first place in the regional competition but also second place in the state! These hardworking students outperformed 55 other schools in their enrollment bracket. The state will be awarding them an engraved plaque and individual medals.

All of St. Mary’s students worked very hard, and their coaches, Mrs. McLoughlin, Miss Carr, and Mrs. Mouser, are very proud of them.