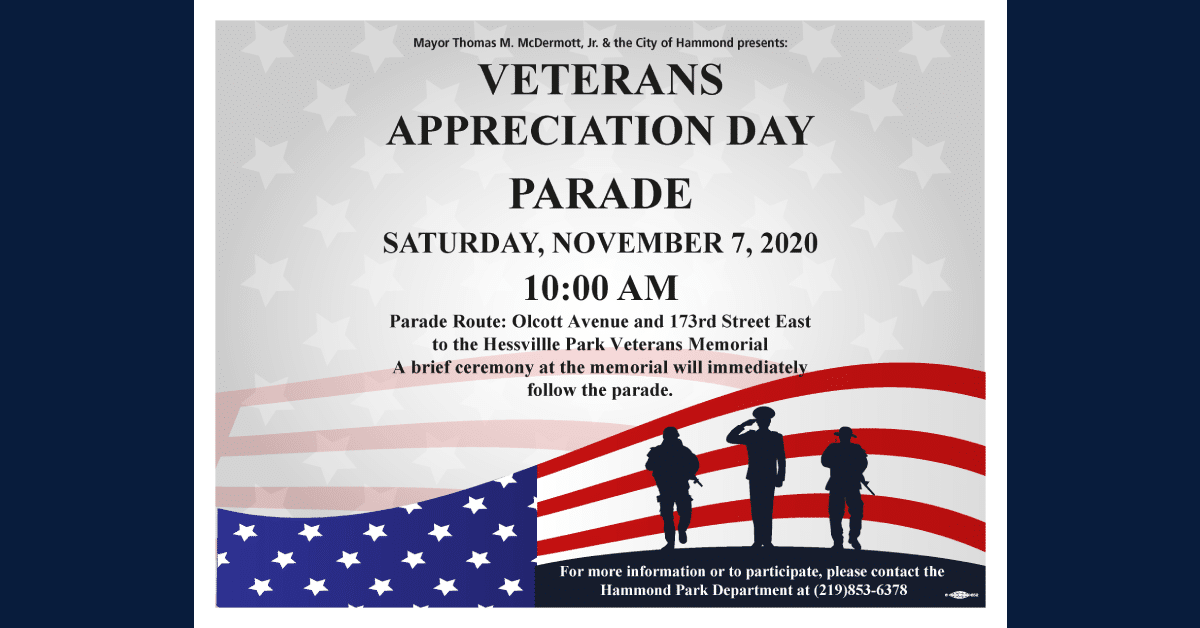 Some of the parade participants include members of local American Legions and VFW posts, musical entertainment from area high school bands, military vehicles, Those Funny Little People and a flyover by the Lima Lima Flight Team.

The Co-Grand Marshals for the parade this year will be Airman Ernie Dillon, USAF 76th Squadron, SAC.  Airman Dillon was on a Huey helicopter crew in rescue and reconnaissance training missions in Central America during the Vietnam War Era.  Airman Dillon is a member of the Hammond American Legion Post 168 for 30 years and was past Commander four times. We are also honored to have Co-Grand Marshal US Army SP4 Armando Blanco, Sr., 173rd Airborne Brigade Sep, Commendation Medal Vietnam 1966-1968.  In 1965, the Brigade became the first major unit of the United States Army to serve in Vietnam. They conducted the only combat parachute jump of the war in February 1967. During more than six years of continuous combat, the brigade earned 14 campaign streamers and four unit citations. “Sky Soldiers” serving in Vietnam earned 13 Medals of Honor. The brigade was deactivated in 1972.

A short program will immediately follow the parade at the Hessville Park Veteran Memorial at 173rd Street & Kennedy Avenue.

For more information on participating or sponsoring the parade, contact the Hammond Parks & Recreation at (219) 853-6378 or visit www.gohammond.com.  To enter your organized group into the parade, fill out the online entry form here: http://www.gohammond.com/vadppf.