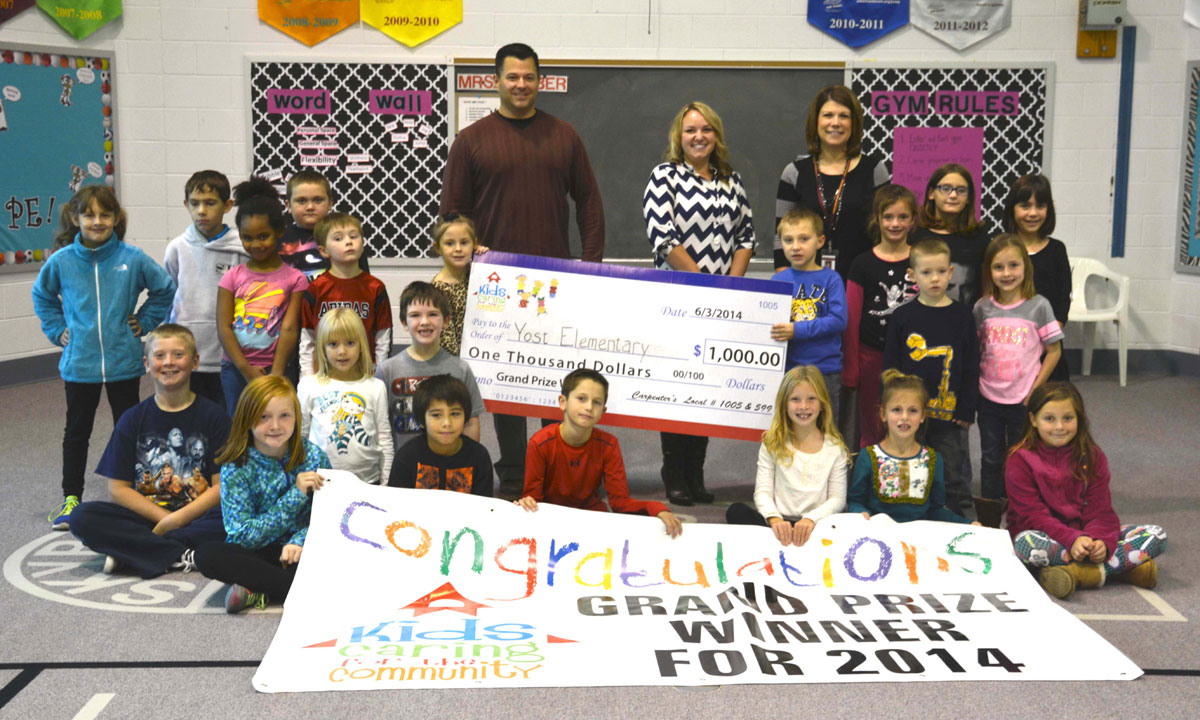 Yost Elementary participated in the Kids Caring for the Community program sponsored by the Carpenter's Union 1005 and 599. The school’s name was drawn as the Grand Prize winner for 2014 and they were honored and presented with a banner for the school last week. If a participating school conducts at least four community service projects, their school is entered into the Kids Caring for the Community drawing.

Two schools from Porter County are drawn each year. Yost Elementary School also received a check for $1000 for their efforts in thinking about others first. Each nine weeks Yost students participated a community service project. Projects included writing letters to community service helpers thanking them for their services; collecting hats and gloves for those in need, hosting a food drive and a recycling project.