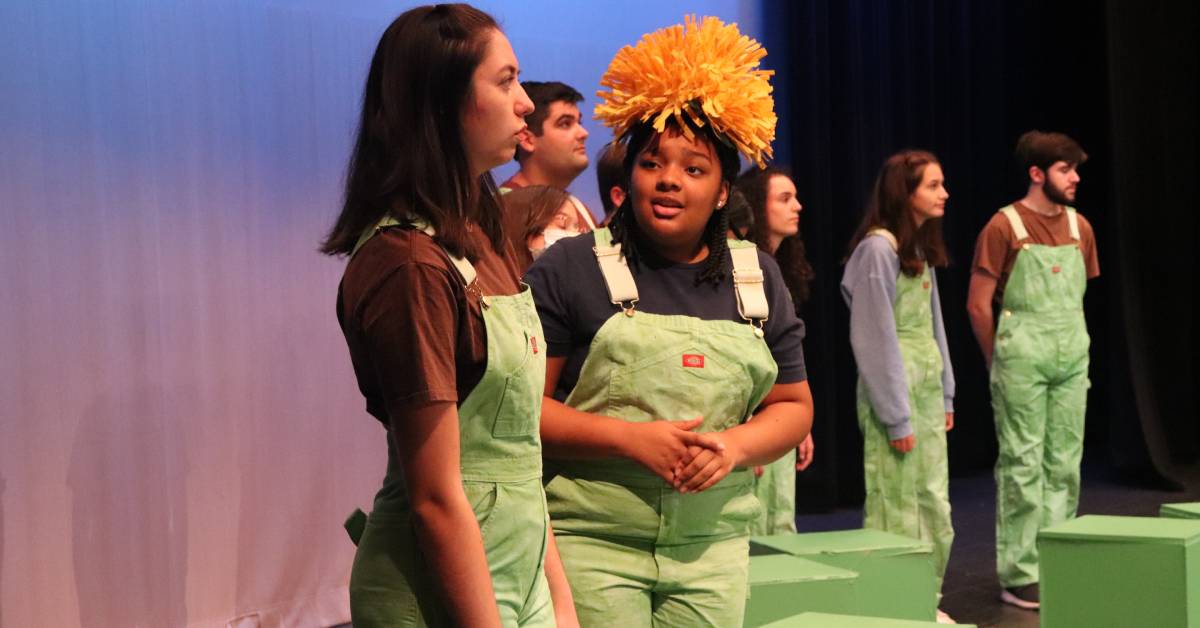 WWTC will be producing Hero Zero and Meet the Roommates. In Hero Zero, Big Bro is a war hero who inspires his little brother to be want to be just like him. Unfortunately, when Big Bro is lost in the war, young Nil struggles to fill up his brother’s shows. Luckily, Big Bro seems to have left some clues to help Nil. In Meet the Roommates, two friends discover an incredible online simulator that shows them exactly what their future college roommate experiences will look like. Yet they realize it may be time to seriously consider living alone.

Director Ray Palasz, who will be producing and directing for his 5th year at Munster, explains why they choose to do these one-act plays.

“First, we picked one-acts because they are very easy to not only produce live on stage but also in a streamed setting.  Secondly, because the Indiana Thespians canceled the one-act play competition this year, the middle and high school troupes each wanted to pick one show that was of competition caliber.  Both Hero Zero and They Eat Sunshine, Not Zebras both fit that requirement. The most challenging part of working on developing theatre for streaming is the emphasis on audio.  We have been working over the past few weeks on how best to capture the cleanest audio feed so that our viewers will be able to fully enjoy the shows.”

When asked why she wanted to be a part of this play, Clara Dumareq who is a freshman replied, the theatre has always been a big part of my life, and for most of my family. Thespians are the nicest people I know, and the stage is like my second home.”

Chloe Sarkady is currently a freshman and hopes to have a career in theatre whether it is being under the spotlight or working the lights. She responded that the hardest part of being in a play is, “working on a play is definitely analyzing your character and what makes them tick. For me, this is a long process that is usually mostly done by tech week, but also continues to develop every night, even on performance nights.”

Alyssa Sangueza, who will be playing in “They Eat Sunshine, Not Zebras”, says the best part of theatre is “seeing everyone in person working together again”. Alyssa has been in one other play.  She started MTC just last year with our production of Much Ado About Nothing.

Ashley Nita, a senior, advises “if anyone is interested in theatre, I say go for it! It is a very welcoming community and there are so many different ways to get involved. If acting is not for you, there are many technical positions and PR positions”. Junior Finn Manion also agrees that if you are on the shyer side, to join the technical side of theatre. Finn is the sound technician for Munster plays.

Kameryn Hubbard recalls “once I first joined theatre I was shy. Theatre really does break you out of your shell and I felt more comfortable joining other clubs.”  Kameryn has been in plays with Wilbur Wright and most recently was in last year’s contest play, Rising.

Tickets will be available online at https://munaud.booktix.com.  If you plan to watch a performance by yourself, a single stream pass is $8 for a single performance.  If you plan to watch with others, a group stream pass is available for $15.  Purchasers will be sent a unique stream link for each ticket purchased.  Any link that has multiple simultaneous attempts at viewing will be deactivated.  Questions can be directed to Auditorium Director Ray Palasz at rapalasz@munster.us.

Scarlet Picture Caption: Medea (freshman Chloe Sarkady) lashes out at a talk show studio audience over her behavior while Penelope (freshman Noel Navarro) looks on in Scarlet Expectations of a Drowned Maiden and Two Greek Goddesses.