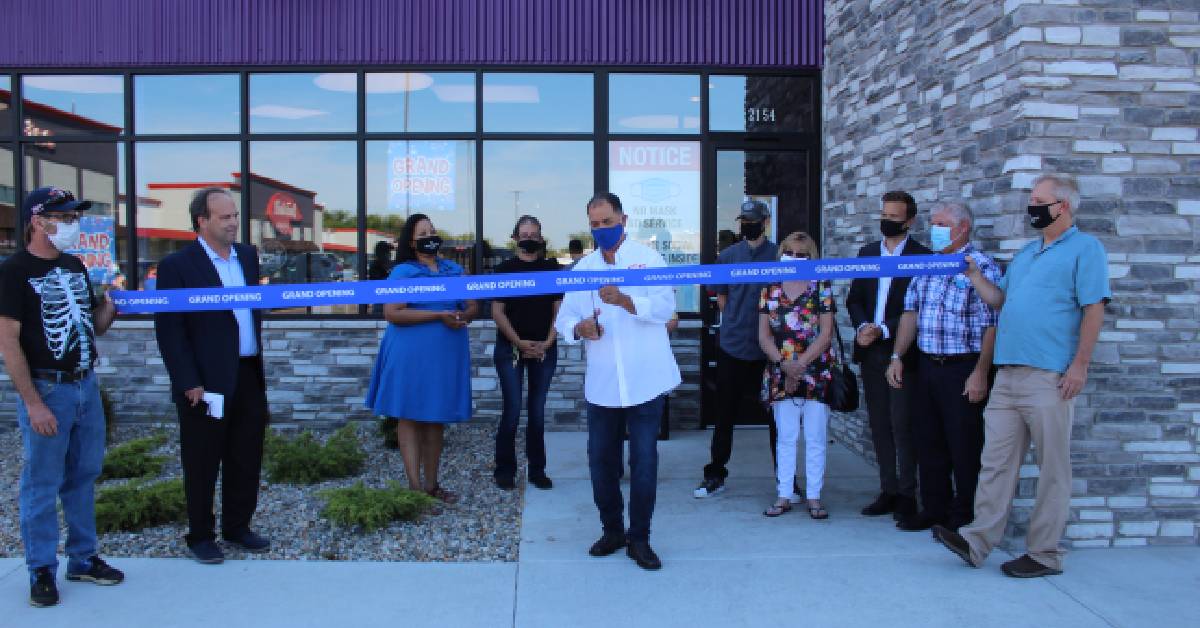 On Saturday, Wise Guys Liquors celebrated the grand opening of their new, state-of-the-art store in Valparaiso. Located on 2154 West Morthland Drive, the store features a huge catalog of craft beers, wines, and spirits, as well as expert service from friendly staff.

Wise Guys Valparaiso started seeing customers two weeks back, but formally cut the ribbon on the new building during the grand opening. Customers who attended had a chance to fill out a customer profile, which earned them a Wise Guys Survival Kit, packed with Wise Guys Facemasks, glassware, and other goodies as well as entry into raffles for a free giveaway. It was a day long party that the Wise Guys Team was thrilled to host.

“It’s been a lot of hard work, but everything culminates with this and that makes it special,” said Brett Gargano, Vice President of Finance and Retail Operations for Wise Guys Discount Liquors. “We’re excited, tired, but mostly excited. It’s a really nice store, and we’re going to continue to bring new things to it and the community.”

One of those new things came during the grand opening, the unveiling of a brand new craft beer from Burn ‘Em Brewing – the Get Rich or Die Trying Imperial Stout. Made with smoked malts, cinnamon, maple syrup and aged in a Hotel Tango Whiskey barrel for 6 months, the stout offers a thick, creamy, mildly sweet flavor with a touch of smoke.

“I think we’re about the only liquor store in the area that does these collaborations with local breweries,” said Rick Green, General Manager for Wise Guys Discount Liquors. “Unfortunately, we aren’t sampling it today because of COVID-19 precautions, but we do have another beer collaboration coming on Black Friday. We love partnering with our local breweries.”

A number of local wineries such as Round Barn, Tabor Hill, and St. Julian also stopped by the store to give an overview of their history and selections.

“Wise Guys has always been kind of unique in what we do with our displays, merchandising, and variety of products,” Green said. “We’re excited to be here in Valparaiso, and we want to thank Valparaiso for accepting us.”

Indiana 105.5 FM, a radio favorite around the Region, also stopped by to broadcast live from the Wise Guys parking lot. For the Wise Guys team, bonding with the community is just as integral to their work as knowing their wines and spirits.

“The craft beer aficionados, the bourbon aficionados, they’re all tight-knit groups, and we want to create a community within the community,” Gargano said. “It’s about finding something in common and making friends for life.”

Valparaiso Store Manager Samuel Liubakka started at Wise Guys four years ago, and noted that the grand opening represents everything that their stores are all about.

Wise Guys Valparaiso is open for business from 9 a.m to 9 p.m. on Monday through Thursday, 9 a.m to 10 p.m. on Friday and Saturday, and noon to 8 p.m. on Sunday. Visit wiseguysliquors.com to learn more. 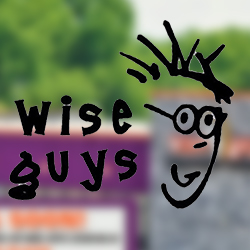