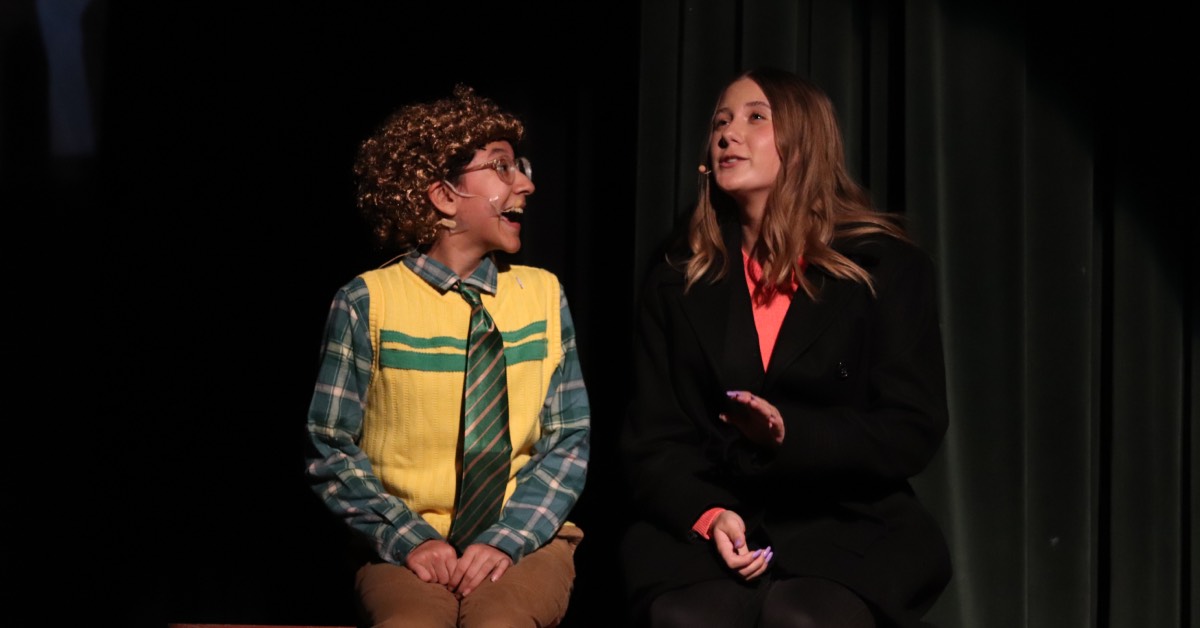 The holidays are in full swing on the lakefront, as Whiting High School Drama Club and Nathan Hale Elementary Third Grade Theatre have united to host “Elf the Musical, Jr.” for two weekends this December.

The performance is a condensed version of the modern classic 2003 Will Ferrell film, Elf. Directed by Scott Allen, “Elf, Jr.” is the first time he has led a combined cast of third graders, middle schoolers, and high schoolers, and he felt the musical offered the perfect fit to bring some festive cheer to the community – but there was also a personal connection.

“Honestly, it was my mom’s favorite movie,” Allen said. “She watched it over and over again before she passed away, and I love it too. Every member of every family can find something to enjoy in it, it’s just universal. It’s warm, funny, with some great songs.”

Coordinating the different grade levels posed a unique challenge – each group practiced separately at first, to ease them into the process. “Elf, Jr.” made things easier, by offering a variety of roles for different comfort levels.

“For the most part, the older kids play the adults and the younger kids play the elves,” Allen said. “It was perfect for the combination. The older kids have really taken the third graders under their wings, they’ve really stepped up. I think it’s made those kids even more enthusiastic about theatre because they see that when they’re older they can have these big parts and solos.”

One of the high schoolers leading the musical is Ana Fejes-Carr, who plays Jovie – a rather jaded retail worker and the love interest of Buddy, the protagonist.

“I thought doing ‘Elf’ was such a cute idea,” she said. “It’s just fun for everybody, especially here in the wintertime. Everybody knows ‘Elf,’ so they’re not going to be scared to come in like ‘oh, I don’t know what this is.’”

Fejes-Carr admits that working with the younger kids was not easy at first – but she was there once, having first acted at age 7.

“It was a little stressful, but they all ended up doing really well,” she said. “They really started to listen and I think it all came together well, we’ve put a lot of hard work into it. It’s going to be a good show.”

The Whiting Drama Club is a fairly small crew, with most of the members playing a role on stage – that means that the cast has to pull double duty.

“Everybody has to work together, we don’t have a lot of backstage hands,” she said.

“We’re all performing and moving parts of the stage. It was a lot to worry about, but everybody’s got it down now.”

There are three more performances of “Elf the Musical, Jr.” scheduled. Drop by the Whiting High School Auditorium on December 10, 16, or 17 at 7 p.m. to enjoy the show – enter through door 18.