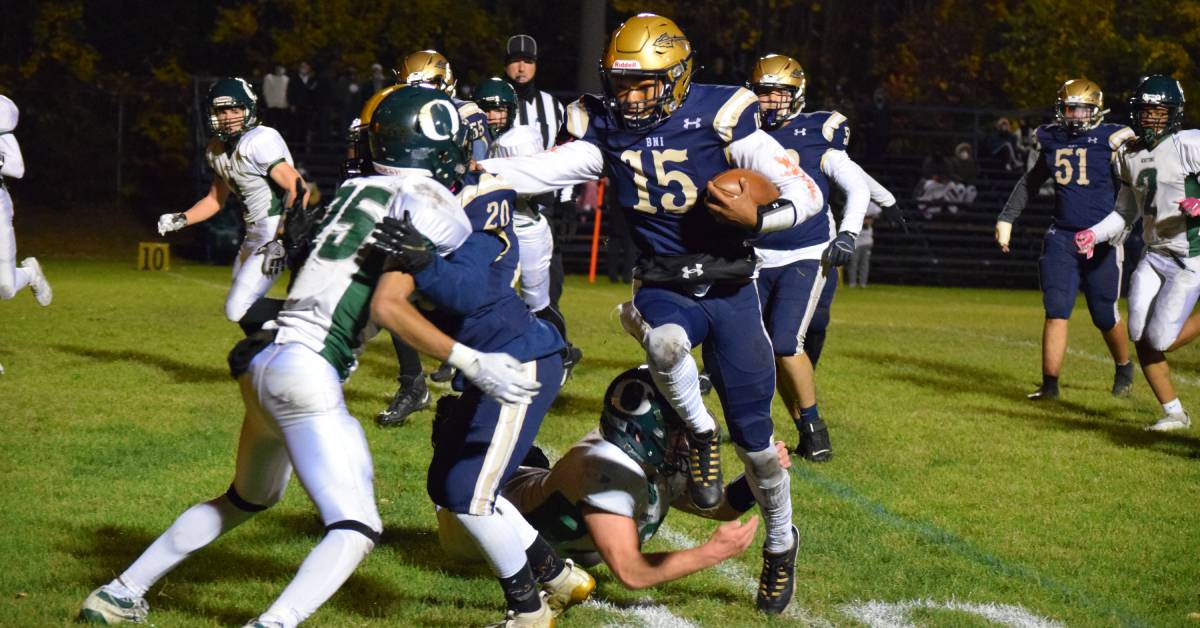 Many high school athletes didn’t know if they would be playing their beloved fall sport this year. While some schools decided not to play, the ones who went on with their seasons have faced the challenge of COVID-19 cases in schools and on their teams, forcing them to miss a good portion of their games. With a football season, missing more than a few games is missing almost half the season.

The Whiting High School Oilers knew this struggle all too well this year, as they were only able to play three games including Friday’s sectional game against the Bishop Noll Institute Warriors. Riddled with COVID-19 and forced to quarantine more than a few times, the Oilers were determined to keep their season going heading into the game.

Jason Jendreas, Assistant Coach for the Oilers, has helped prepare his team with the little time they’ve had, for this very moment.

“The kids are super excited for this, we put three months worth of work into three weeks and the kids have responded well,” Jendreas said. “Three weeks ago we wouldn’t have even thought we’d have this opportunity, every chance we get we’re happy for, and we’re blessed to be playing.”

Alternatively, for the Bishop Noll Warriors it was quite a different kind of comeback this year. In 2018 it was decided that Bishop Noll would forego their 2018 and 2019 varsity seasons in order to rebuild their football program. Although 2020 met them with a number of obstacles for their return, the team was happy to face them together.

David Padilla, Assistant Coach for the Warriors, has been eager to have his brand new team take their shot in the playoffs. Seniors Matt Feddeler and Amaurii Fallen are the only two players who previously played for the Warriors before the two-year break.

“This is the first time that most of them have experienced a playoff game, so they’re really excited for that,” Padilla said. “We haven’t had a sectional victory since 2012, so we’re all really excited to try and get that victory tonight.”

The question of which team wanted it more was never a thought as both the Oilers and the Warriors played their hearts out. Penalties and fumbles plagued both teams throughout the frigid and windy night. Whiting was up early with a touchdown on their opening drive, but the Warriors never gave up and continued pushing to close the gap in the score.

In the end, after a hard fought battle, the Whiting Oilers came out on top 36-14 and advance to the next round in the sectional race.